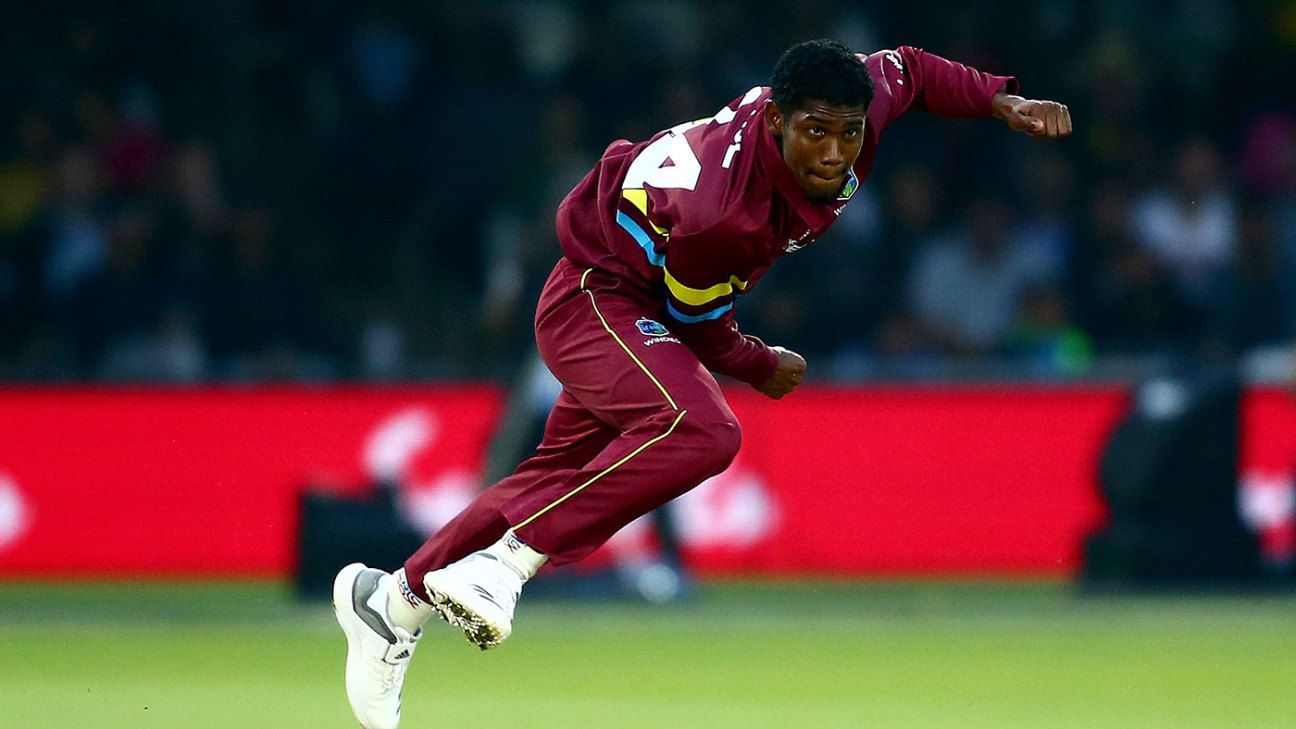 It’s just not worth the backlash for Keemo Paul anymore.

West Indies’ Paul ran Zimbabwe’s Richard Ngarava out without delivering the ball in the last over of their thrilling Under-19 World Cup match in 2016. It sent West Indies to the knockouts of a tournament they would go on to win, but the criticism by some of the players he looked up to and the general backlash forced Paul to “lock himself away” and cry to himself. Eoin Morgan, Stephen Fleming and James Anderson called it “disgraceful”, while Darren Lehmann tweeted: “Unbelievable. Not out”.

Three years on, playing for Delhi Capitals in the IPL, Paul says he believes he was right but won’t probably do it again because he doesn’t want all that backlash again.

“At first, it was definitely tough,” Paul told ESPNcricinfo. “I just locked myself away. I saw it on BBC. I read a lot of comments on social media. I took it hard. I cried a lot. And wondered if I did the right thing but my coaching staff and everyone else supported me very well.”

Paul was 17 at that time. But for a strong support system around him, he would have been shattered completely. Corey Collymore, their bowling coach, told Paul he was well within the rules and did nothing wrong. Captain Shimron Hetmyer – “he’s like my brother, you know” – pulled him out of the room. Ian Bishop, who was doing commentary in Bangladesh at the time, and Tino Best both supported him.

“After I did it, after seeing all the comments, I was definitely devastated you know,” Paul said. “But after the coaches supported me a lot, especially Corey Collymore, he came to me and said don’t worry it is in the rules and you don’t have to worry. That’s when I started to gain confidence again. After reading all the comments and stuff, I just wanted to lock myself away and forget about it.”

As luck would have it, Paul played the senior world Cup qualifying tournament in Zimbabwe last year.

“It was definitely anger in the crowd and they were disappointed,” Paul said of the reaction from Zimbabwe that day. “It’s how cricket goes. It is in the rules. I remember going back for World Cup qualifiers and the stadium was packed and it was in Zimbabwe. Everybody shouting against me all the time. It just gave me energy and the vibe to do good against them.”

Paul has no doubt now he did nothing wrong, but that is no consolation for him.

“Definitely I believed what I did was right. I was only 17, I came down hard on myself, kept wondering if I did the right thing. That was just instinct. Now I have matured more and I don’t think I will probably do it again.”

Asked why, he said: “Well like I said, after I did it there was definitely a lot of doubt and I got a lot of stick for it and like I said, I saw some players who I looked up to (saying things).”

But that doesn’t make them right, does it?

“That’s true. Like I said the rules are there. We don’t write them. We just follow the rules.”

Then why won’t he do it now?

“I would say it is the fear of criticism,” Paul said. “I got a lot of backlash for it. I would probably not do it. The criticisms and harsh comments. Like you said they are not right, but again…

“In my heart I definitely believe it is right but because of the how the game is today and because of the criticism you face, it is tough. I probably wouldn’t do it again.”

It was not all backlash for Paul that day. Stuart Meaker, Bishop and Best came out in his support. That day India offspinner R Ashwin was asked on Twitter if he ever considers using this run-out as a tactic. “Every single day,” Ashwin replied. “I can’t push the front line [when it comes to no-balls], why should a batsman gain yards?”

Three years on, Ashwin finds himself in the eye of the storm over his run-out of Jos Buttler in the IPL. There has been suspicion raised – by MCC, no less – that he has done it cynically as a tactic. Asked if it would help if an established bowler such as Ashwin stood by his stance and brought about a change to the attitude, Paul said: “I mean if he backs it up, it will definitely give me confidence you know. Ashwin is a senior player. A lot of people look up to him. He wouldn’t go out of the rules, he will play within the rules. It will definitely give you confidence and belief.”

Just like Ashwin, Paul was accused of using the mankad as a tactic. He had no intention to bowl that ball, it was said. Paul sees things differently. “Well for me it was two overs before,” Paul said. “We saw him do it twice because the game was tight and he did it twice and ran two pretty easy singles.”

In the final over, it eventually came down to three runs required with the last wicket standing. As it turned out, that last over didn’t even start.