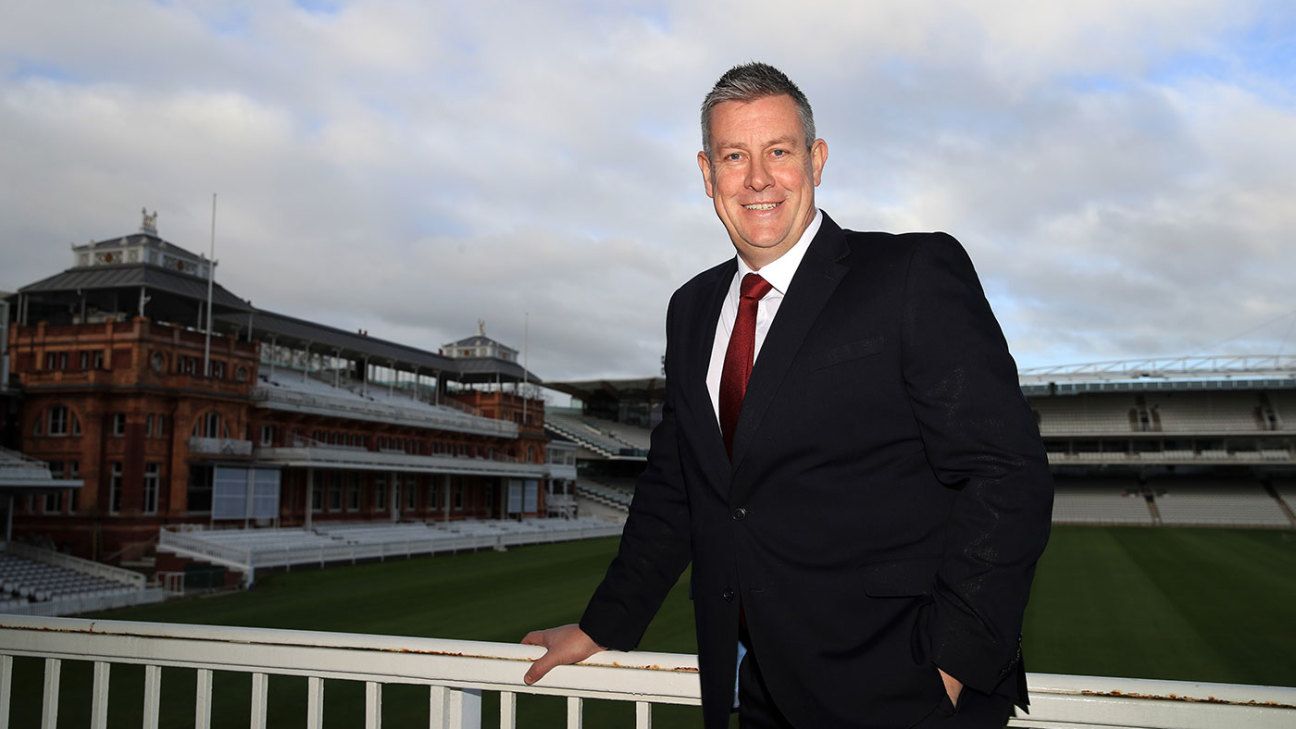 It speaks volumes for Ashley Giles’ determination – and confidence – that even at one of the lowest points of his career, he was planning his comeback.

In April 2014, Giles was sacked as England coach. Paul Downton, who was the managing director of England cricket at the time, called at his house one day and informed him that he was to be replaced by Peter Moores.

His reaction? Anger, certainly. But also determination. And before Downton’s car had disappeared from sight, Giles had turned to his wife, Stine, and informed her he would be back and he would be the boss.

“I don’t know if I was sacked or made redundant,” Giles says, “but whichever way it was, it wasn’t very nice.

“But I said I would be back at the time. I don’t know if I said it to Paul, but I certainly said it to my wife. And, if you look at my career progress over the last four or five years, I have sort of prepared for this role. If you are a performance director, this is the pinnacle.”

You can understand why Giles was angry. He was one of only two long-serving men – Kevin Pietersen was the other – completely cut adrift by the ECB after the debacle of the 2013-14 Ashes, despite having no direct involvement in the coaching of that team. And while results at the 2014 World T20 were not pretty – England had been eliminated even before a heavy defeat against Netherlands – Giles had some mitigation. As the junior partner in a split coaching structure – Andy Flower was very much the dominant figure – he had become used to seeing his first-choice players rested from white-ball cricket.

“We all feel hard done by when you leave positions,” he says now. “But now I think it was a great learning curve for me.

“I didn’t manage that balance between the short-term plans and long-term vision well. I always had in mind that I would one day become Test coach and perhaps, if I hold my hand up, I took my eye off the importance of winning tomorrow. In coaching you can’t afford to do that.

“I think that experience will help me in this role. In this role you have to worry about tomorrow and the long-term strategy.

“That period with Andy Flower and the unravelling of the team in the Ashes and then the debacle against the Netherlands in Bangladesh, I guess that was almost a catalyst for me going back to university, studying, taking a masters and changing paths slightly. It was a good life lesson. It got me where I am today.”

Giles’ behaviour in the months following that sacking is instructive. Instead of publicly criticising the ECB – as Pietersen did in a now-infamous book – Giles persuaded them to fund his return to university as part of his severance package. As a result, he went to Manchester Metropolitan Business School and gained a Master of Sport Directorship.

And, instead of applying for coaching jobs, which he concluded left him vulnerable to fluctuations in fortune that could not always be controlled, he turned his interest to director of cricket roles which seemed more secure and more appropriate to a man with a hip replacement who no longer feels especially comfortable in a tracksuit. Less than a year ago, he declined an invitation to apply for the role of National Selector – a role subsequently filled by Ed Smith – in the belief that was a backward step for a man who had already served as a selector.

So, what can we expect from Giles? Well, any player expecting a relaxation of the curfew that has been in place since the last Ashes tour is likely to be disappointed, for a start. And, in the long term, it seems the habit of playing football ahead of training every day may well be in jeopardy.

“Curfews are in place to protect the guys,” he says. “I discussed curfews years ago. I don’t think we should look at those as being a negative thing. Everyone needs boundaries so it’s important that we have things in place that protect our guys.

“We have got a responsibility to protect our players and the discipline side of things is really important to me. I have a reputation as being quite firm, but I think I am fair.

“We’ve got to keep our best players on the park and I’m not sure playing football is the best way of going about that. If you look at what football does, the benefits from a physiological and fun point of view are outstripped by the dangers. In the long term we’ll perhaps see a change there.

“But when you talk about short-term derailers I don’t want to be blamed for losing the World Cup because we are not playing football. I am not coming in with an iron rod right now. It’s something I’ll speak to the captains and coaches about.”

There are other areas we may see change. Giles is likely to be asked to ‘rationalise’ – a euphemism for ‘cut’ usually – the budget at Loughborough with a growing realisation that spending has exceeded achievement there over the last few years. And he hopes to improve the relationship between the counties and the England team, drawing on the knowledge around the circuit and ensuring domestic cricket is well placed to produce international players.

“The domestic system is hugely important,” he says. “So it’s important we get our system right in Championship cricket, because that is where our Test cricketers are coming from.

“The counties do a fantastic job. There was a meeting yesterday of the county directors of cricket and I looked round the table and realised there was a hell of a lot of knowledge I can tap into. That relationship is important and I think it could be better than it has been. I want to see much stronger collaboration with the counties.”

And then there’s the coaching role. Despite his own experiences, Giles has always maintained that a split coaching arrangement could work well. There is an acknowledgement that some of the best candidates may be reluctant to take the year-round workload required for an England coach, so there seems every chance that the role will be split once more. Paul Collingwood (for the white-ball sides) and Gary Kirsten (for the Test side) may well be among the frontrunners.

“Whatever we do – two coaches or one – we need to make it normal and acceptable that coaches have time off and are able to watch some other cricket or have a break,” Giles says. “The programme is extremely busy, so to expect one or two head coaches to be there all the time is quite challenging.

“Part of my role is coach development so, absolutely, we should be developing future England coaches and giving them opportunities. Perhaps the new competition is part of that? But I’m not silly enough to think the next coach has to be English. We need the best man – or two men – for the job.”