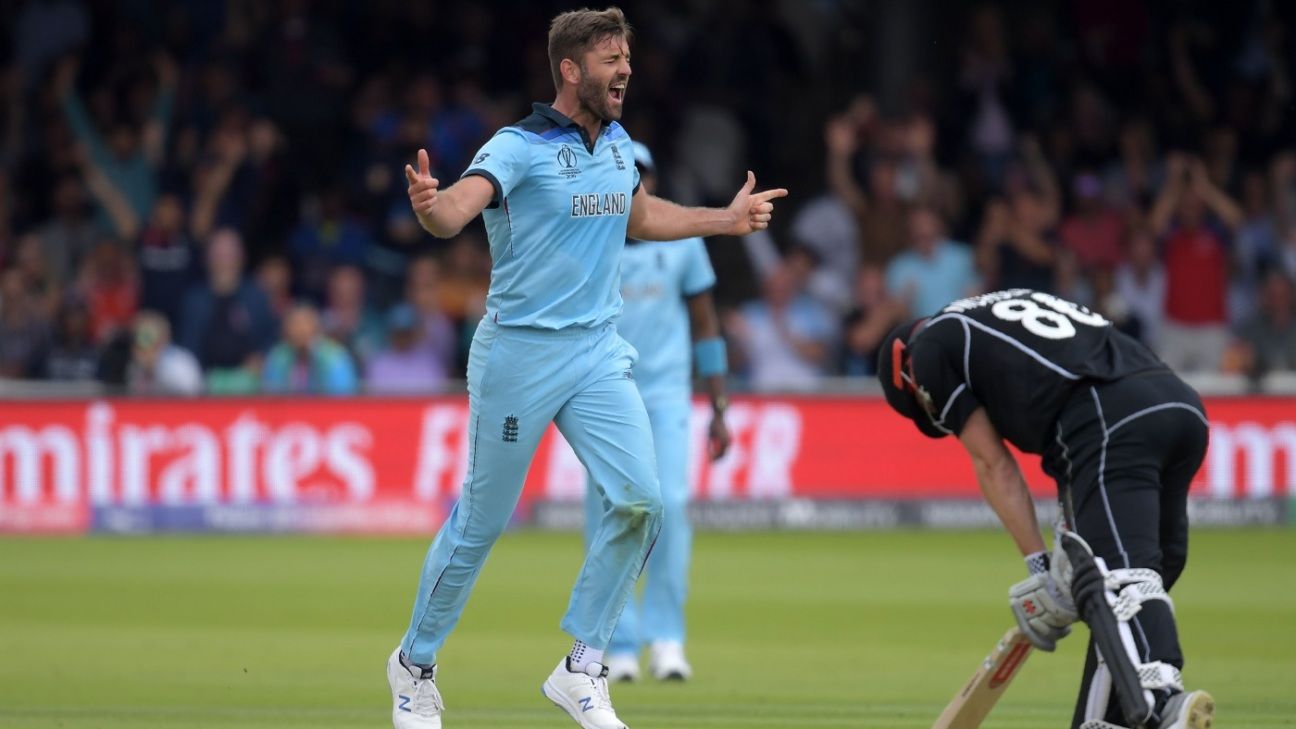 Liam Plunkett knows all about the ups and down of life as an international cricketer. Having just become a World Cup winner at the age of 34, Plunkett is hopeful that he still has something to give with England, but he admitted that being left out of a squad to tour South Africa in 2016-17 prompted the reinvention that saw him become a key member of the ODI attack.

The circumstances of England’s dramatic World Cup success are just beginning to sink in, as Plunkett considered the pressure the squad had been playing under over the last seven weeks. Speaking at a junior cricket session at Dulwich CC, he described the sense the final was destined to go their way even after James Neesham had struck Jofra Archer for six from the second ball of the Super Over.

“The whole World Cup, I was sleeping four hours a night, I couldn’t sleep at all, I was on edge,” he said. “I never felt tired during the games, I was just excited. Wanted to do well, probably the last World Cup you play in 50-over competition, what you’ve built up for the last four years as a group. You’re ranked No. 1, you know you have the potential to win the World Cup, but after a couple of defeats it’s now or never.

“Deep down inside, I don’t believe it’s written in the stars and stuff, but I had a feeling we could win it. And I still believed that when Jof got hit for six in the last over, still thought he’d run up and bowl wide yorker, wide yorker and game won. Because he’s a cool cat under pressure. It’s starting to sink in now.”

Having come in as the No. 1-ranked side and favourites on home soil, England’s tournament threatened to unravel after they lost back-to-back games against Sri Lanka and Australia. That prompted the team to get together and talk about how they were dealing with the stresses of a World Cup – and in Plunkett’s case, admit his frustration at being on the sidelines.

“I think people just opened up about how they felt,” he said. “We were put in groups, and I think it was Jos [Buttler] who said ‘This group of players makes me excited to think we’ve changed white-ball cricket, and changed the route for kids watching in England. And the general public, don’t expect but think England can win series, and we’ve changed that the last few years.’

“I wasn’t playing, I was dropped at the time and my opinion was ‘I’m frustrated, inside I’m pissed off a little it because I’m not playing. I feel like I can help win games. I’m not saying I should be playing, but everyone was open saying, I am disappointed, I feel I can help the team.’ Everyone understands that, you’re allowed to be, as long as you don’t show it around the boys, or giving negative energy off, trying to slag people off. It’s just because you want to win. It was good to have that chat. Everyone just said, people are nervous, people are excited, people are disappointed.”

Plunkett had only played three of England’s first seven games, but subsequently returned against India for the must-win game at Edgbaston, taking 3 for 55. He kept his place for the rest of the tournament, adding another three-for in the final as England lifted the World Cup for the first time.

Plunkett has been used to fighting for recognition, however, and admitted that being overlooked during four ODIs in the UAE and then left out of the squad entirely for South Africa three years ago – although he was in the end added as an injury replacement – had been a turning point in his white-ball career. Eoin Morgan, England’s captain, told him not to give up and he went away to develop his options as a middle-overs wicket-taker.

“I think at one point, in a T20 series, I thought I’d never play white-ball again. I said, ‘listen, I’m not sure I’ll play, I may as well just retire’, and Morgs was like, ‘Mate, I’d hold on a bit. Just chill out.’ I actually played a week later, it was a T20 series when we beat Pakistan in Dubai, and it came out really nicely, I bowled 90 clicks and got three-for and all of a sudden I’m back in.

“I didn’t get picked for the South Africa series and they said, you need to go and work on some skills. So I went away and worked on my cross-seam deliveries, wobble seam, my cutters and stuff. Even if I felt, I can’t bowl as quick as I used to, I still have the deliveries to take wickets and change games. And with the experience you work batsmen out.”

“I’ve always been big into it. I had a panic attack a long time ago, but I never knew what it was. I got anxiety around it and I struggled being in one-on-one situations, travelling on a plane. I’ve always been conscious of that. Maybe three or four years I’ve been in and out of meditating, tried to a bit of yoga, take a breath – I’ve always been aware of that.

“They’ve got Youngy, who’s the sports psychologist and you can get help from your county and outside sources. Everything’s available to anyone that needs anything. As much as you go for a net, that’s also available as well.”