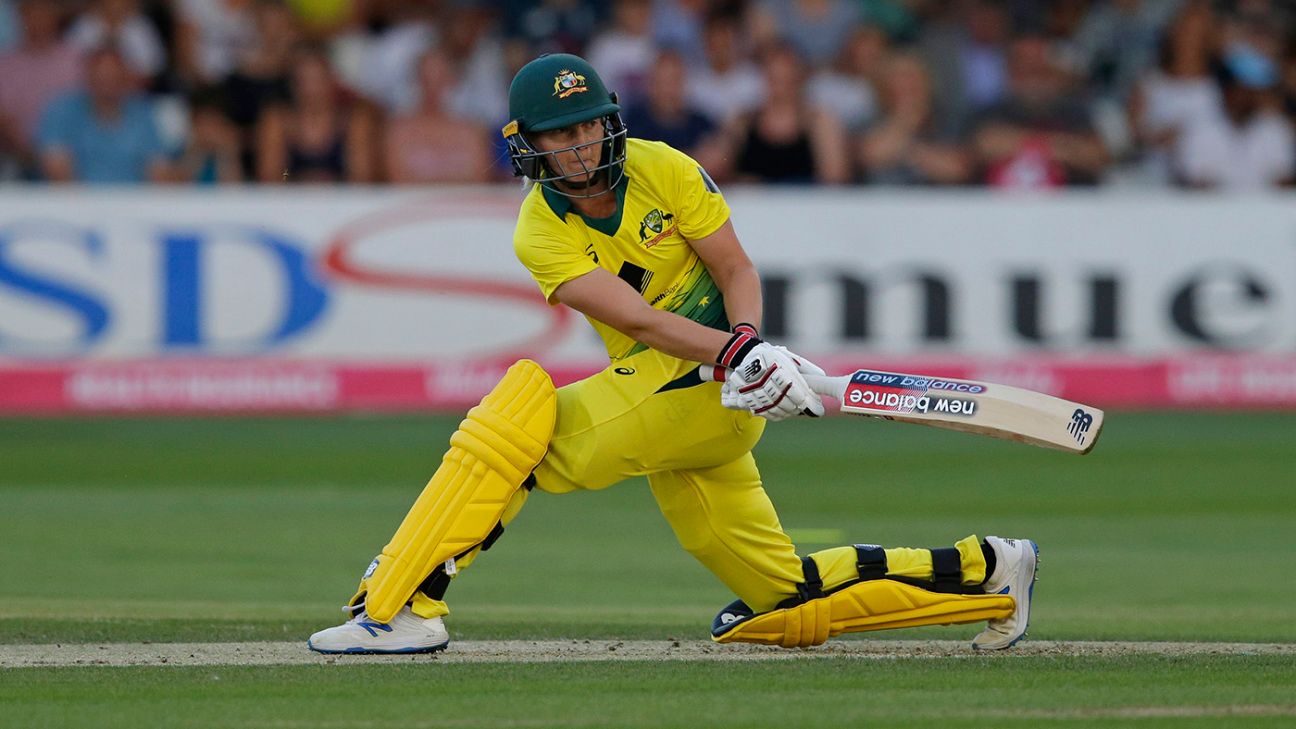 Meg Lanning channeled the annoyance of not converting starts in the Ashes into a record-breaking innings at Chelmsford, as Australia secured the multi-points series in overwhelming style, but was still targeting further improvement from her impressive team.

Lanning plundered 133 not out off 63 balls, beating her own record of 126 – which had been jointly held with Sterre Kalis of Netherlands for a month – for the highest individual innings in women’s T20Is. It is a mark of the standards set by Lanning that her previous scores in the Ashes (16, 18, 69, 57 and 21) had been below expectation and she showed no mercy on the England bowlers as she took them for 17 fours and seven sixes.

She added a second-wicket stand of 134 in 12 overs with Beth Mooney (55 off 33 balls) and 66 in five overs with Ash Gardner as Australia piled up 226 for 3 which England got nowhere near threatening to go 10-2 up in the series with two T20Is remaining.

“I hit the ball today as well as I have for a long time, that’s what T20 does, you are out there and swing the bat a little bit and hope for the best at times,” Lanning said. “To be honest myself and Beth, we just wanted to play good cricket shots and we got good reward for that. It was a really good batting deck.

“I feel like I’ve been hitting the ball reasonably well without being able to play really freely and felt if I was able to stick at it long enough it would happen. Was nice to be able to cash in, some days you are on and you have to make the most of it.”

“[I have been] a bit frustrated, I have big expectations and want to contribute all the time. I felt like I was getting starts but kept getting out and that was annoying me a fair bit. So when I got going today I was keen to keep putting the foot down and take the opportunity because it doesn’t come along very often.”

Australia retained the Ashes with the drawn Test in Taunton and, unlike the last series in Australia, have ensured against England fighting back to level the points in the T20s. Following their 3-0 success in the ODIs, and a performance in the Test where they never looked like losing, going unbeaten through the series is now very much on the cards.

“It’s massive, it’s what we came here to do – win the Ashes outright. To do it early on is a nice bonus,” Lanning said. “We’ve played some good cricket throughout, it has been closer than the scoreboard suggests but we’ve been able to win the big moments in game. We are keen to keep going, we don’t want to give them any sniff

“We strive for perfection, we don’t get there, but we want to get as close as we can. We can probably improve a little in the field which is a good thing for our group because we want to keep getting better. I think that’s why we’ve been able to have some success over the last 18 months, that drive, and everyone in the group has that.”