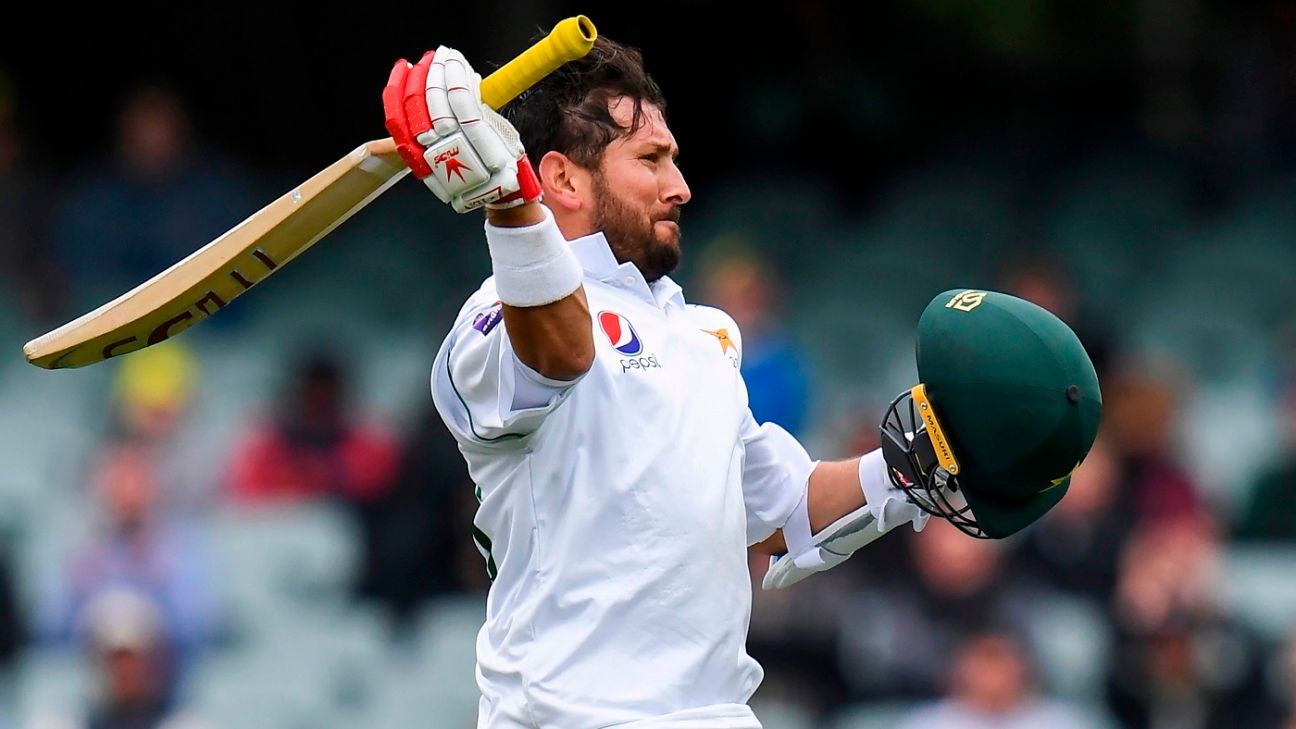 Yasir Shah might not have Shane Warne‘s numbers when it comes to legspin, but the Pakistani has now achieved something that his childhood hero couldn’t during his 15-year Test career. When Yasir dragged seamer Josh Hazlewood over mid-on in the 86th over of Pakistan’s first innings, he became a Test centurion – and that too against the pink ball. Incidentally, this was also Yasir’s maiden first-class hundred.

“I haven’t spoken to him [Warne] about it [the Test hundred],” Yasir said after the third day’s play in Adelaide. “I’m always in touch with Shane Warne. We communicate over phone messages too. And he only talks to me about bowling.”

Yasir’s landmark now probably gives him good authority to speak to Warne about batting. His innings provided the Pakistan fans something to cheer about after the other batsmen had collapsed around captain Babar Azam’s 97 in response to Australia’s 589 for 3 declared. So, did Yasir really believe that he would score a Test ton?

Yasir was reprieved at least three times – on 35 (a stumping), 43 (a dolly of a caught-and-bowled to Marnus Labuschagne) and 106 (another simple chance to Labuschagne at short leg) – and he capitalised on it, making 113 off 213 balls before he was the last Pakistan batsman to be dismissed in their first innings.

“I tried my best to make sure I spend a lot of time at the crease,” he said. “When you do that, you get set and you find batting becomes easier. It’s tough against this world-class Australian bowling attack, and to score a century against them was good.”

ALSO READ: Yasir Shah – Pakistan’s first centurion at No. 8 since 2006

Yasir celebrated the landmark by leaping in the air and waving his bat towards the crowd, with all his team-mates warmly applauding him from Pakistan’s corner.

“I was so excited and happy,” he said of his celebration. “It’s a dream to score a century in Adelaide and on an Australian tour. At that point, I wasn’t aware of what I was doing really but I know I jumped in the air and swung my bat around. And I enjoyed it a lot. It was great fun.”

While the century might not make up for his poor returns with the ball in Australia – he averages nearly 90 in the country – Yasir said that he had learnt lessons from the previous trip although he couldn’t quite implement those against a rampaging David Warner who made history with 335 not out.

“I was trying to perform at my best even the last time I came here,” Yasir said. “It’s every spinner’s wish to do well in Australia because that raises your image and profile. I’ve put in a lot of hard work.

“The last time I bowled too fast. And I was bowling at a faster pace than what I wanted to here, too, and I didn’t use my variations well.

“David Warner played really well to score a triple-ton. He didn’t let me settle and get my lines and lengths. And, at times, he even scored runs of our good balls. And he’s too good a batsman to miss out on our bad balls.”