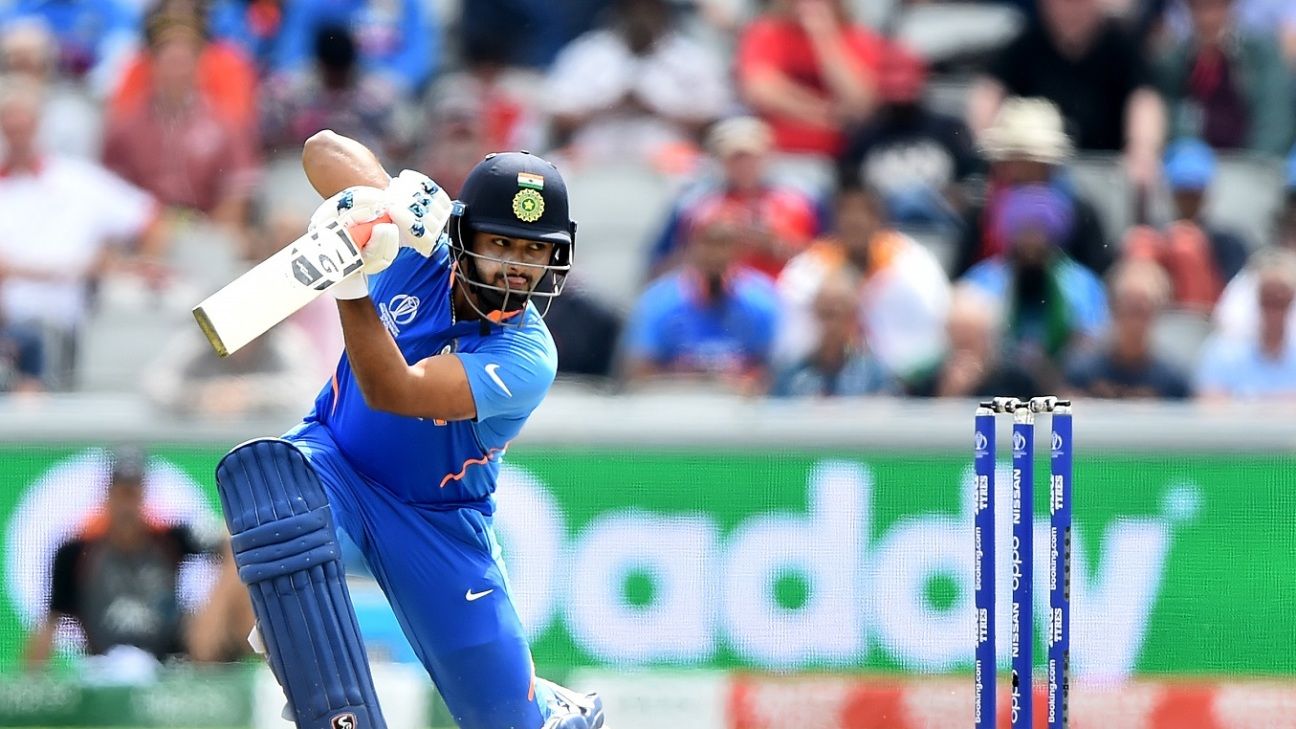 Rishabh Pant played four matches for India in the 2019 World Cup, batting at No. 4 in each game. Scores of 32, 48, 4 and 32 seemed to suggest Pant had the potential to be the long-term solution for India, batting at that troublesome number. The No. 4 spot hasn’t yet been nailed down despite several players being tried out, but for his part, Pant said he felt comfortable there and had been practising for it.

“I loved batting at No. 4. It was nothing new for me as I have played at No. 4 before, like in the IPL. I had been practicing for the same role,” Pant told Hindustan Times. “There is no specific way or style I play in. I always play according to situation. I don’t know what people say, because I don’t read newspapers much.”

Pant had played only five ODIs before the World Cup, though he wasn’t short on international experience, having played nine Tests and 15 T20Is. The wicketkeeper-batsman acknowledged that cutting his teeth in Test cricket made things easier.

“I don’t think about (the differences in) formats too much. Yes, maybe it did help that I played Test cricket first,” Pant said. “I got good experience from playing Test cricket. People used to say that Test cricket is the most difficult. So I got to learn a lot, how to build the innings, playing down the order and how to bat with the tail.

“There is learning every day in Test cricket. Especially when you have to walk out to bat after having fielded the entire day. That is a different experience. In ODIs and T20Is especially, things happen very fast.”

Pant will now be the first-choice wicketkeeper for the Indian team on their tour of the West Indies across formats, with MS Dhoni not available.

“I know those are big shoes to fill, but if I start thinking about it there will be a problem,” he said of replacing Dhoni in the limited-overs formats. “Right now, I am not thinking about what people say. I am just focusing on what I have to do.

“My coach has always told me one thing: every year you have to add something to your game. You can’t stagnate because now the technology is so good that you have to keep improving and add on things each and every day of your career. That’s what I try to do. I just keep on trying new things. If it helps me, I try it in a match. There are days when I try these new shots in the nets, some days I don’t. It is all part of a long-term process.”