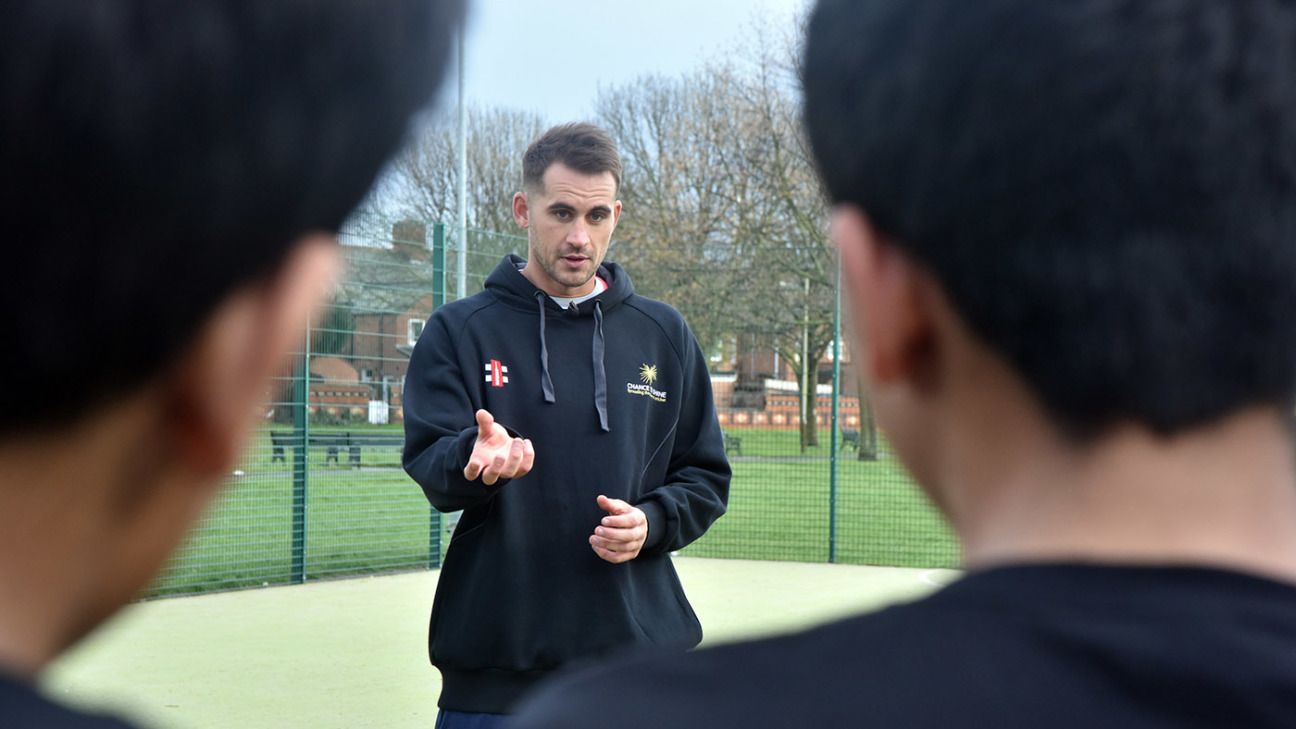 For a man who has put what should be the climax to his career at risk with a night of madness, Alex Hales was looking remarkably chipper. Anticipation of a World Cup in England this summer has left him bursting with vigour and optimism. All he needs now is a chance to show his worth.

Hales’ cricket suspension for bringing the game into disrepute, arising from his involvement alongside Ben Stokes in that fateful 2.30am street fight after leaving Mbargo nightclub in Bristol, is now well behind him. Unlike Stokes, who was later cleared in court of affray, he was not charged, but also unlike Stokes he has not regained a permanent place in England’s one-day side. That is not because of lingering resentment, just the way things turn out.

He has spoken to The Guardian for the first time about that night and now, understandably, wants to move on. “Sometimes I make mediocre decisions – I always have – but I don’t want to make them anymore,” he said. He referred to “learning the incredibly hard way”.

Perhaps unknowingly, he even found himself quoting the billionaire American businessman Warren Buffett in his acknowledgement of his mistakes. Buffett warned that it took 20 years to build a reputation and five minutes to ruin it. Hales who is considerably younger and not quite worth $84 billion, adjusted that to 10 years and 10 minutes. But the message was the same.

Forget the fines, the suspension, the tarnished reputation. It is the fear that he might miss out on the World Cup that really eats away at him. Hales has hardly been ignored – he has played another 17 ODIs since he was dropped after the Bristol match against West Indies in September 2017. But because of the disruption to his career he is no longer an automatic choice with Jason Roy, Jonny Bairstow and Joe Root filling the top three places and scoring runs for fun. By his own admission, he is the stand-by batsman in the strongest and most destructive England one-day line-up in history.

“It’s probably the most excited I’ve ever been in pre-season,” he said. “It’s arguably the biggest summer ever for England with a home World Cup. We are heading in as the bookies’ favourite. Hopefully I can play the part in a memorable summer. Playing in a World Cup in front of home fans is something I’ve always dreamed off as a kid.

“I can’t have any complaints about being a reserve batter. It’s obviously disappointing, knowing I have played well for England since the last World Cup. I have a decent record. But Joe Root averages mid-50s batting at 3 and Jason and Jonny have probably been the best opening pair in world cricket in the past 18 months. For me it is just about staying hungry. I’ve no doubt that at some point my services will be required. Keeping everyone on their toes is my general plan.”

It was good to see him looking so positive, with hail showers strafing Cossington Road Sports Centre and the temperature dipping to 4C, as he took part in a Chance to Shine session in a predominantly Indian area of Leicester.

Anyway, if he wanted to find out about real misfortune he could find it in these young and talented cricketing wannabees. Leicester City Council plans to close the sports hall to indoor cricket and extend the existing gymnasium which will be calculated to bring in more revenue at a time when central Government funding to local councils has fallen on average by nearly 60 percent in a decade. More candles blown out for cricket, and these passionate, largely first-generation immigrant kids, which Chance to Shine is fighting so hard to counter.

Hales is 30 now, a batsman who should be recognised as at his peak. He played IPL as a replacement for David Warner at Sunrisers Hyderabad in 2018, but missed out this year, not helped by the limited availability of England’s players. He has retired from red-ball cricket and, as things stand, has no inkling that he will one day change his mind.

Four Royal London Cup matches over 50 overs for Nottinghamshire, from mid-April onwards, will be crucial in his World Cup preparations. He is fortunate that he does not need hours of match time to feel in form. The first ball struck cleanly over the ropes is normally enough to do that.

“I’m not reliant on a huge volume of practice. I don’t have to hit for hours and hours. If I can middle a few I feel confident. Luckily I get those four games in for Notts. That will be a good chance to get some runs on the board and feel in good form.

As for not becoming morose, that is hardly likely when Nottinghamshire’s coach has international pedigree to go with indecent levels of energy and enthusiasm. “We are so lucky at Notts to have Peter Moores in charge,” Hales said. “For me he is one of the best coaches in the world. To be around his knowledge and enthusiasm is ideal.”

It was at Trent Bridge where Hales made his name with an unbeaten 150 against Worcestershire in a Pro40 match in 2009. He was still thrilling home supporters last summer with 147 against Australia as England made a world record 481 for 6 in ODIs. Memories of those destructive, long-limbed blows that day makes it hard to believe that he might not be part of the World Cup XI when Pakistan face England at Trent Bridge on June 3. He averages 90 on this narrow ground at a strike rate of 139, and knows every angle intimately.

But he has brought about his own disruption and he must battle through it. Hales had to fulfil another commitment this week: a social media training course in Birmingham, where the indecorous images he posted on Snapchat many years ago, and which also attracted the ire of the ECB, were doubtless discussed at some length.

Alex Hales has certainly chosen a few bad options along the way. But he has a right to move on and this summer he yearns for the chance to choose the right option – with a bat in his hand. He was a forerunner in English cricket’s one-day reinvention long before Eoin Morgan’s uncompromising captaincy dragged it into the modern era. He deserves a chance to bring that story to fruition.

“If we don’t win the World Cup,” he said, “the last three-and-a-half years will count for nothing.”

Chance to Shine is supported by England and Wales Cricket Board, Sport England and NatWest. Find out more at www.chancetoshine.org/street.