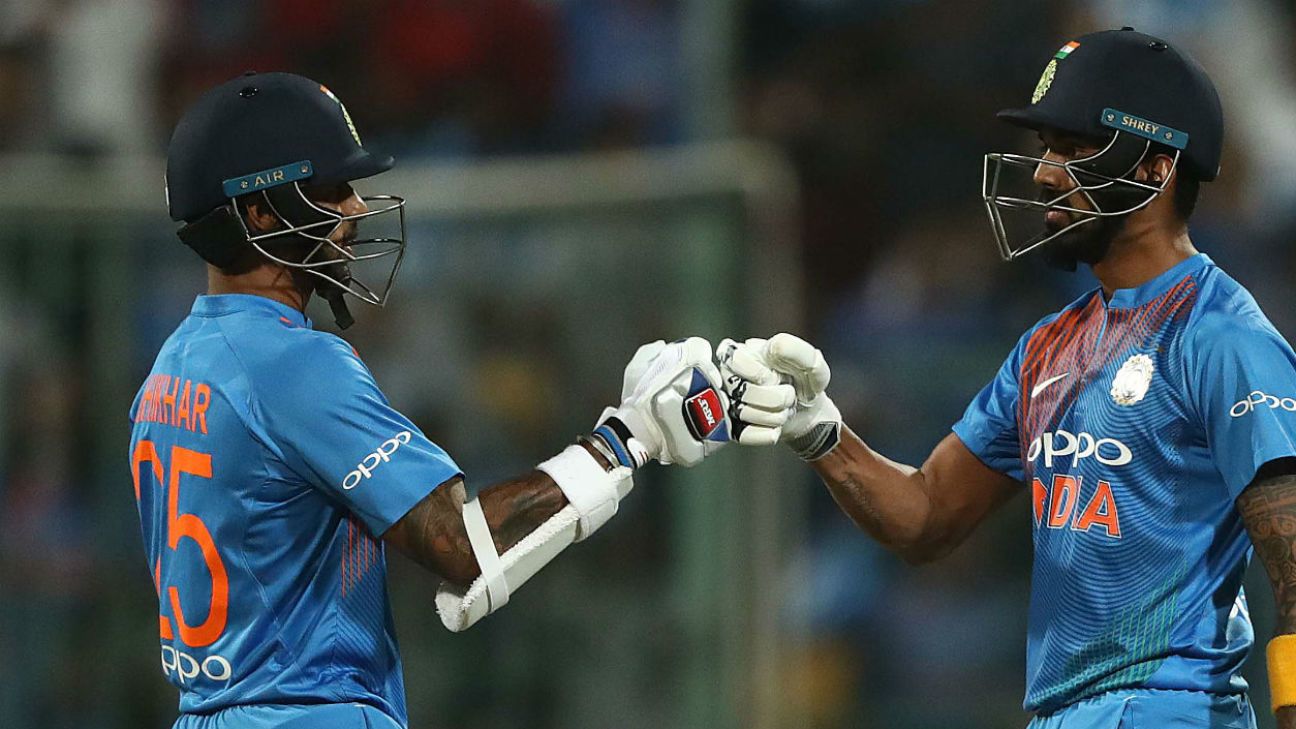 Serving a suspension and taking time off to reflect has made KL Rahul more humble, the India opener said on Wednesday. Rahul and Hardik Pandya had been suspended from international duties following controversial remarks on a chat show, before BCCI lifted their suspensions on January 24.

“It has humbled me a little bit,” Rahul said. “I obviously respect the opportunity I have got to play for the country. It is the dream of every kid and I am no different. Just [want] to value where I am and keep making the opportunities count, put my head down and keep working on my cricket.

“It has been a hard time, no doubt. As a player, as a person, everyone has to go through difficult times and it was my time to go through that. It gave me the time to reflect on my game, on myself. I have always been somebody who takes things as it comes and I am just happy to be back here now.”

Prior to the suspension, Rahul had endured a difficult period touring with the Test team. He had below-average returns in Australia where the ghosts of a potential weakness against incoming deliveries, which first appeared on the England tour, led to tentative, muddled performances.

Tentative is far from what he’s been so far in the series, however, with free-flowing knocks in both T20Is and a confident, if not adventurous, demeanour against deliveries angled into him. Rahul attributes this to time spent with the India A team and Rahul Dravid earlier this month.

“Nothing really [has changed]. Got some time off from international cricket, so I could come back here and reflect on what wasn’t going right for me,” he said.

“Fortunately I got to play some India A games and some games where the pressure was a little less, so that I can focus on my skill and my technique. I spent a lot of time with Rahul Dravid, working on my game and chatting about cricket. He helped me a lot in the games I played for India A.”

The Australian tour now moves into the ODI leg, where Rahul will slot back into his long-serving role as back-up opener to Rohit Sharma and Shikhar Dhawan. However, with time lost in between because of his absence on the New Zealand tour, Rahul could have more game time in ODIs before heading into the IPL for Kings XI Punjab, as Virat Kohli had hinted at this at the post-match presentation after the first game. This could be crucial for Rahul who in his last four innings (two first-class games and two T20Is) has looked for centuries without managing to get them.

“It’s nice to be back with the boys and be back in blue. Just happy that I have tasted a bit of success in the last two games and my batting has come out pretty well.

“But the other side is that I could have carried on in both innings, got a big score and won the game for my team. I’ll take the two knocks but there is a lot that I have learnt from the two knocks and I want to improve.”