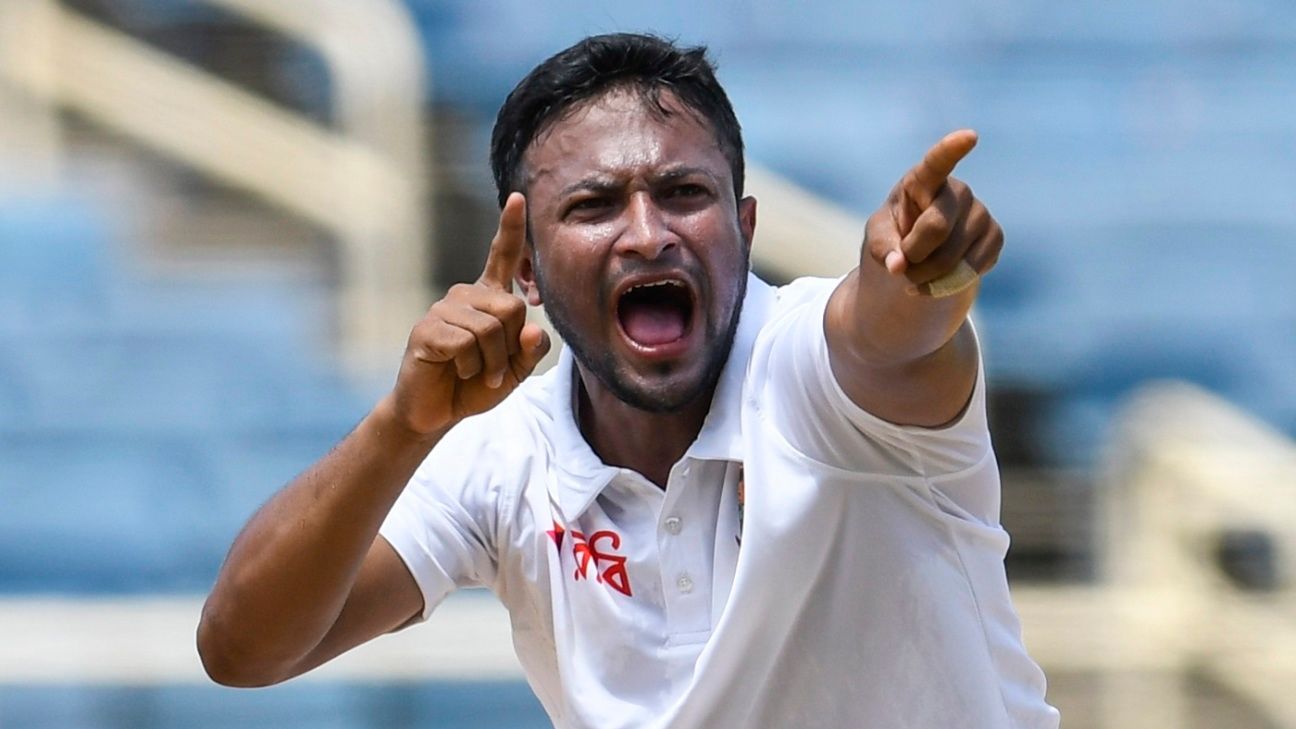 Three ground-breaking days have made Shakib Al Hasan not only the face of Bangladesh cricket but also potentially the architect of its future. He has taken the mantle of players’ leader in the strike that ended on Wednesday, a movement that has shaken up Bangladesh cricket and brought the debate over the board’s governance, functionality and performance to the fore.

Even though more than 100 professional cricketers – including Tamim Iqbal, Mushfiqur Rahim and Mahmudullah – also joined the movement, Shakib’s stature gave it heft and credibility. There was, however, one huge legend-sized hole in the scenario: Mashrafe Mortaza, whose very low profile was a huge surprise given that he has always had an active role in helping the players’ cause in big and small matters.

It’s a vacuum that Shakib filled capably but what made him take the lead?

He was, actually, the trigger for the strike. Three days after he signed for Rangpur Riders for the 2019-20 BPL, the BCB said that the move couldn’t be endorsed since the tournament’s seventh edition comes under a new four-year cycle, and none of the franchises had signed on to the new deal.

It was a strange decision given that the BCB’s chief executive had sent a letter months earlier to the same franchises to begin preparation for the next season. With that in mind, some franchises made signings. Tamim Iqbal and Mushfiqur Rahim had reportedly made similar moves, but now that the BCB had cut off Shakib’s deal, automatically all the other deals were off the table.

“Whatever the demands, if it had Shakib Al Hasan in the front row, it would affect the BCB in a major way”

The board wasn’t bothered when Tamim or Mushfiqur changed allegiance but the moment Shakib moved out of Dhaka Dynamites, the franchise owned by Beximco where three of BCB’s high-ups are employed, they became suspiciously keen to redo the franchise contracts.

Shakib hasn’t yet commented on how he felt with the deal falling through or the BCB announcing last month that they will run a special BPL without the franchises – a situation that heavily reduced salaries of most Bangladeshi players. This came on the back of other financial issues faced by domestic cricketers.

Shakib and the rest of the country’s top players were always aware of these issues. The strike on October 21 however needed someone to take lead, and it had to be Shakib. Whatever the demands, if it had Shakib Al Hasan in the front row, it would affect the BCB in a major way. The players have known this for years but Shakib too needed to be convinced. This time, somehow, he took the lead.

Perhaps the explanation lay in Mashrafe’s staying away from the agitation.

For many years Mashrafe had represented his team-mates to the board officials, taking forward their demands and requests and getting things done. It hardly ever made news because Mashrafe did it quietly. Repeatedly, and particularly after he became the ODI captain in 2014, players relied on Mashrafe as their leader on and off the field.

So this must have been the most tricky decision for the striking players. The only reason that could come close to an explanation is Mashrafe’s current role as an MP prevented him from taking a stance directly against the BCB, a national sports body. We still don’t know what Mashrafe would have done or said but, to his credit, he did take the players’ side, expressing as much in a Facebook post on the evening of October 21, after he saw the strike on TV.

Mashrafe said that he too wondered why the players didn’t ask him to join, but said that he not just understand their demands but was with them. It was also reported that on the following days he got engaged in solving the impasse after the country’s prime minister asked him about it. But he didn’t do anything publicly.

Without Mashrafe in the movement, Shakib was the highest-profile cricketer standing in front of the cameras on that Monday afternoon. He didn’t just read out two demands and answer two questions, his presence itself was huge. With Tamim, Mahmudullah and Mushfiqur alongside him, it made a formidable team.

The presence of Shakib and the rest of the top cricketers also made sure that there was no emotional reaction from any cricketer after Nazmul Hassan’s verbal attack on the second day of their strike. What many felt was the BCB’s best opportunity to sort out the crisis instead became a narration of an uneasy relationship between the two parties.

The rest of the players, who numbered more than a hundred as they met in a Dhaka hotel on Wednesday, seemed to fully place their trust in Shakib’s leadership. The appointment of a spokesperson, barrister Mustafizur Rahman Khan, seemed unnecessary to some, but the experienced lawyer and cricket enthusiast elucidated their stance in proper terms. He also impressed upon the players their importance in the scheme of things, as was evident in the addition of a crucial demand, that of asking for revenue sharing. If the BCB can earn a lot of money because of the cricketers’ performance, then why can’t they have a bite out of that cake?

“Even though more than 100 professional cricketers – including Tamim, Mushfiqur and Mahmudullah – also joined the movement, Shakib’s stature gave it heft and credibility”

Shakib was one of the few vocal players when they took the demands to the BCB officials, despite the latter’s aggressive stance from the very beginning. This is where Shakib makes the difference with the rest of the cricketers in Bangladesh. His pedigree forces the BCB to take him seriously.

Now, though, with Shakib announcing the end of the strike, his and the players’ real work begins. They must first hold the Cricketers Welfare Association of Bangladesh (CWAB) elections quickly so that their elected current players’ representative could have regular discussions with the board about their issues, many of which will be these demands.

Shakib also must be aware that everything that they do from this point onwards will become ammunition for those who they have opposed. Their on-field performance, particularly against India, will be put under the microscope but, once again, it will be Shakib who could make a big difference in both the performance and attitude. He will need the full support of the rest of his team, all of whom were by his side during these three days of strike. It has the potential to galvanise the team, with Shakib being their lynchpin.