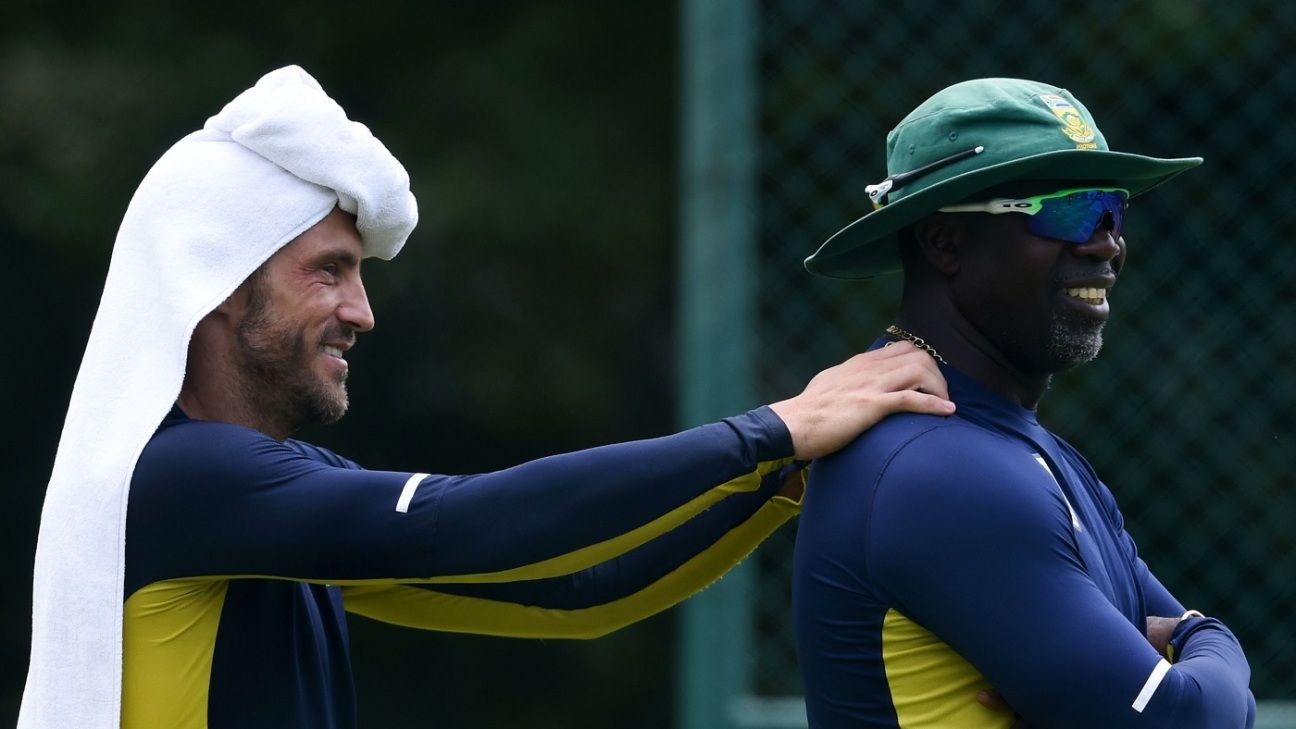 Forget elite honesty, all South Africa have needed to make home a fortress is elite fast bowling. Under Ottis Gibson, South Africa have now won five home Test series in a row, and key to that success has been a reinvigorated pace culture: a coach rooted in Barbadian pace traditions has been at the forefront of a South African fast-bowling renaissance.

South Africa has always produced great quicks, and the fast men have been their greatest – and sometimes, it seemed, only – asset. Outdoor childhoods, grassy pitches that spur bowlers on, and a natural proclivity for the hard work that bowling quick requires probably have something to do with it. Whatever the case, this is a fast-bowling country with a proud history.

Gibson played with and against some of South Africa’s finest as an overseas pro for no less than three South African provincial sides in the 1990s, rubbing shoulders with the likes of Peter Rawson, Allan Donald, Brett Schultz, Fanie de Villiers, Meyrick Pringle and Shaun Pollock. Now he is nurturing the next generation. The success of the current crop, and South Africa’s renewed focus on pace, is no accident.

“Since I’ve been here, over the last 12 months, we’ve set up what we call an elite fast-bowling group,” Gibson explained after South Africa’s four-pronged demolition of Pakistan in the second Test at Newlands. “Coming from the Caribbean, I believe that fast bowling is the bedrock. Most of the teams that dominated world cricket have always had strong fast-bowling stocks.”

The fast-bowling programme was launched ahead of the 2017-18 season after Gibson held a series of meetings with the leading franchise and high-performance coaches on his arrival in South Africa. The aim was to widen the pool of elite fast bowlers in the country, and it has worked.

“We’ve looked at how we can find out what we have with regards to fast bowling, nurture it, and then get it all together under one umbrella so we know what guys are doing,” he said. “We manage workloads. We look at actions, if any actions need tweaking. We have a group of people looking after that, from sports scientists all the way down to trainers and stuff like that. That’s only going to grow and get better. Cricket in South Africa, even in the 90s when I came, has always been built on fast bowling.

“That’s what I was raised up on. If you have four fast bowlers of the quality we have here, then it would be silly not to use them. The skill, the fitness levels. The way they kept coming in. And they’re all very different. Duanne [Olivier] is fast and aggressive, Dale Steyn is highly skilled, Vernon Philander is very accurate, and [Kagiso] Rabada does a bit of everything. So there’s a lot of variety in it as well.”

Rabada has blossomed under Gibson, taking 68 wickets at 16.95 and a strike rate of 33.1 in 12 home Tests during his tenure. While he, Steyn, Philander and Olivier are as fearsome a foursome as you will find in current international cricket – and right up there with many that have come before – the list doesn’t end there.

Gibson name-checked Anrich Nortje and Lutho Sipamla, two young fast bowlers who made a splash at the Mzansi Super League, and there are more waiting in the wings. Lungi Ngidi will be back in the frame come February, when it is expected that he will be fully recovered from a knee injury, while Dane Paterson and Beuran Hendricks have both enjoyed fruitful first-class seasons, and Junior Dala has no trouble making his presence felt with the white ball. Down the line, Corbin Bosch may follow in his father Tertius’ foot-steps to become a South Africa quick.

But before the baton is passed to any of the above, South Africa will enjoy a couple more years with Rabada, Steyn et al tearing in off their runs. With new talent coming through the ranks, Steyn’s role in the side has inevitably changed, particularly as South Africa have often had to make do without him as he battled his way back to full fitness. Neither his captain nor his coach see the fire dimming in his eyes and fittingly Steyn could be the first fast bowler from South Africa, a country that champions cricket’s fastest art, to take 500 Test wickets.

“Certainly he’s enjoying his cricket, and he’s back to his absolute best,” said Gibson. “At 35 he’s steaming in and bowling 90mph with a smile on his face. The Dale Steyn angry eyes are back again, and he’s enjoying cricket.

The continued presence of the greatest of all South African fast bowlers will breed confidence in rest of the attack, as will home tracks weighted in favour of seam and swing. South Africa will keep winning Tests, and home will remain a fortress. For captain Faf du Plessis, that is enough.

“For me, confidence, for any sportsman around the world, is probably the biggest factor,” he said. “Mentally, if you’re doing well, that is the biggest asset to have. Our confidence in our bowling unit is very high, purely because they’re doing well, they’re getting wickets and they’re winning Test matches. A confident bowling attack for me trumps everything.”

“I think we’re right up there,” added du Plessis. “What we need to do to win Test matches, we’re doing that. For me that’s enough.”