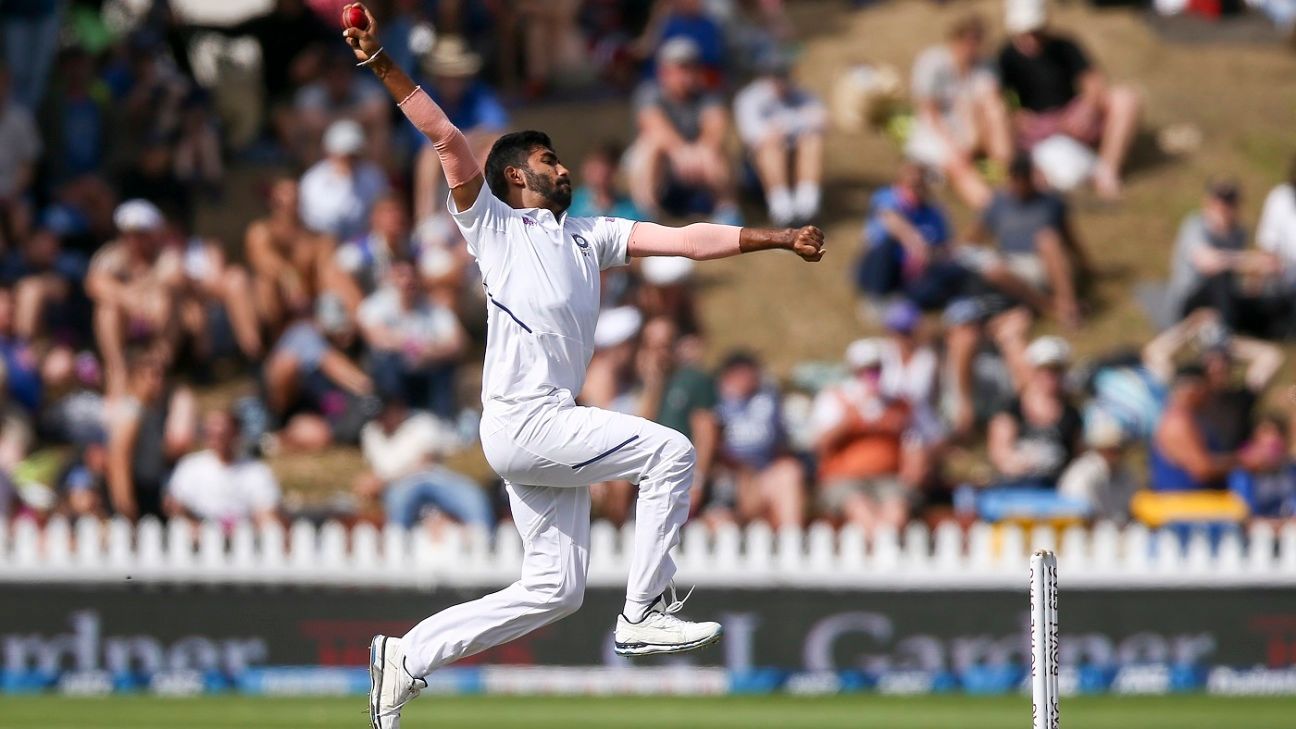 Jasprit Bumrah has had a lean run since his return from a stress fracture, sustained last year. He showed signs off rust in his first international game, a T20I match in Indore in January, on return, and later he went wicketless in the three-match ODI series in New Zealand. In between, during the T20I series in New Zealand, he wasn’t at his best either, giving away 17 and 13 runs in Super Overs.

In the Test series opener at Basin Reserve, Bumrah managed just one wicket in 26.4 overs in a heavy loss.

Former Australia fast bowler Glenn McGrath reckons that how well Bumrah copes with this phase during his comeback will shape his career.

“It comes back to the individual and how well he knows himself and how well he has done previously,” McGrath told ESPNcricinfo. So, yeah, Jasprit Bumrah, he’s still quite young and he’s got a couple of good seasons, but this would be the making of him.”

McGrath stressed on the importance of a positive mindset and clarity in thought, explaining bowlers usually need time to feel their way back into the action.

“It’s more about the mindset,” he said. “Coming back from injury is more like starting the season. If you finish the season up here, the next season you want to start back up here. It doesn’t work that way and it took me a few seasons to work that out. I thought this is where I want to get to and I’m starting the season again or coming back from injury, I’m starting down here. So, I’ve to realise that and allow myself a few matches to get into where I want to get to and get on that upward slope. I think that’s probably the biggest issue – the expectations from everyone, back in the team I’ve got to pick up exactly from where I left off.

“And if you identify that you’ve got things in place, then your thought process ‘okay this is what I want to achieve this game and it’s about the process. Getting the ball coming out well, bowling the areas I want and then building it up each match. If you got that way, the process, two or three matches, you’re back up at the top. But, he [Bumrah] has played only one [Test] match and everyone is into him. That’s how it goes.”

Prior to his T20I comeback, Bumrah had been pulled out of Gujarat’s Ranji Trophy fixture. Should he have been allowed to test out his fitness in four-day cricket before coming back to international cricket?

“Sometimes, it is a better way, otherwise no,” McGrath said. “It’s about the player themselves – where they are at and what they’re looking to achieve. To me, it’s more how we he bowled. Did he bowl a heap of rubbish, then maybe a few issues. Did he bowl well and didn’t take a wicket; one-day cricket is not about taking wickets. Early on you want to take wickets but it’s about containment. T20 cricket is sort of similar, and it’s about how well he’s bowling.

“Sometimes, coming back in Shield cricket in Australia or Ranji Trophy you have over here, there’s more expectations on the player to come back and dominate first ball. And if he doesn’t, then there’s more pressure.”