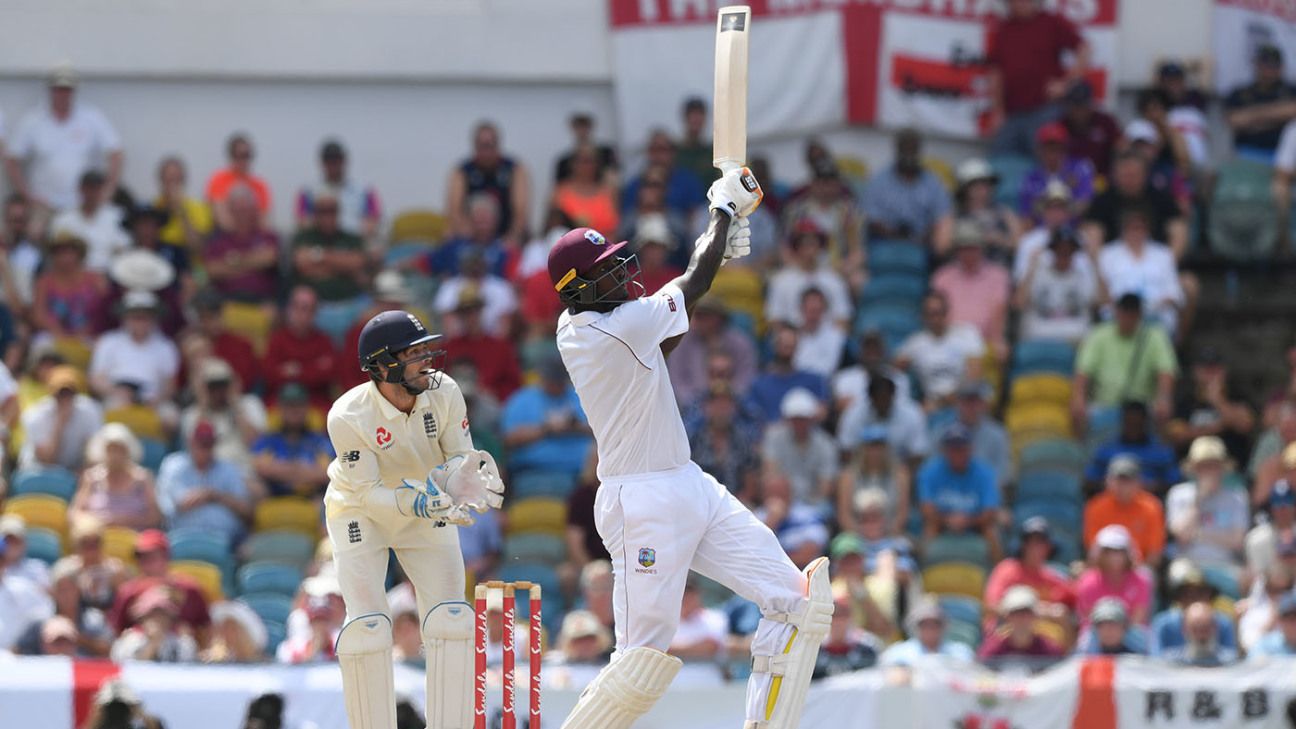 Day two was a raucous beach party and, on day three, Jason Holder and Shane Dowrich resembled those most hardy of revellers, intent on hanging around because they don’t want the fun to end.

Having seen 18 wickets fall on day two – highlighted by the devastating bowling of West Indies quick Kemar Roach, who claimed 5 for 17 as England were dismissed for just 77 – Holder struck a blistering unbeaten half century to help push his side’s lead to 449 runs at lunch on day three. The West Indies captain was well supported by Dowrich, who scored an unbeaten 50 of his own.

At the resumption, Dowrich was unbeaten on 27 and Holder not out 7 with their side 127-6 for the second innings, a healthy lead of 339 runs. With talk of successful run chases beyond 300 being a rarity, the question could be asked whether West Indies already had enough of an advantage, especially given the previous day’s wicket-crashing carnival.

But Holder had not had nearly enough and, after a sedate first hour of play, he began swinging with delight. His third six of the innings, when he latched on to a Sam Curran outswinger and sent it deep into the stands over long-off, fittingly brought up the century partnership with Dowrich.

Roach’s stunning 27-ball spell in which he took his five wickets for just four runs had England reeling at 48 for 6 and, with Holder and Alzarri Joseph contributing two wickets apiece, the scene ended in carnage for the tourists on day two.

England’s first innings was the lowest Test total to be posted in Bridgetown and came in reply to the home side’s first-innings 289.

However, England’s Ben Stokes (2 for 31) and Moeen Ali (3-41) combined to put West Indies under some pressure at 61-5 before they steadied late on a chaotic day.