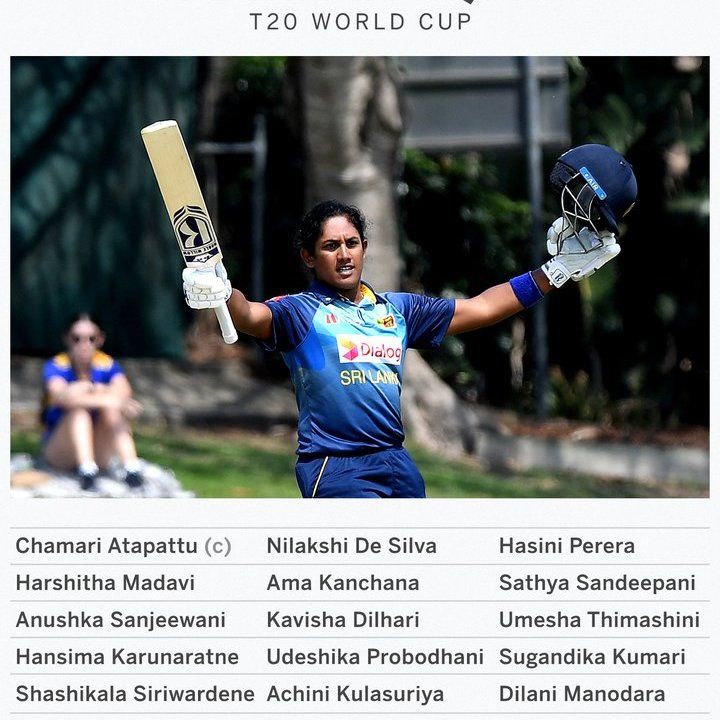 Sri Lanka made four changes to the squad that was whitewashed in Australia last year as they attempt to put on a better show at the Women’s T20I World Cup in Australia starting on February 15. Chamari Atapattu will lead the side, while Harshitha Madavi continues as her deputy.

Sri Lanka Cricket announced the 15-member squad on Monday. Of the changes, four players are under the age of 25, including the uncapped 20 year-old Sathya Sandeepani, while there are returns to the national set-up for the 18 year-old Umesha Thimashini, 19 year-old Kavisha Dilhari and 24 year-old Hasini Perera. Dilhari has long been identified by Sri Lanka’s coaching staff as a future star, as such her inclusion despite modest recent form is unsurprising. The same goes for Perera.

Both Thimashini and Sandeepani, however, make the cut by virtue of their form with the Sri Lanka’s Emerging Women’s side, where their all-round efforts have proved integral to the team’s chances of success.

Making way are the veteran quartet of Yasoda Mendis, Inoka Ranaweera, Oshadhi Ranasinghe and Inoshi Priyadharshani, all of whom are over 30. Their exclusions are unsurprising with all four having struggled to make a mark in Sri Lanka’s tour down under towards the end of 2019.