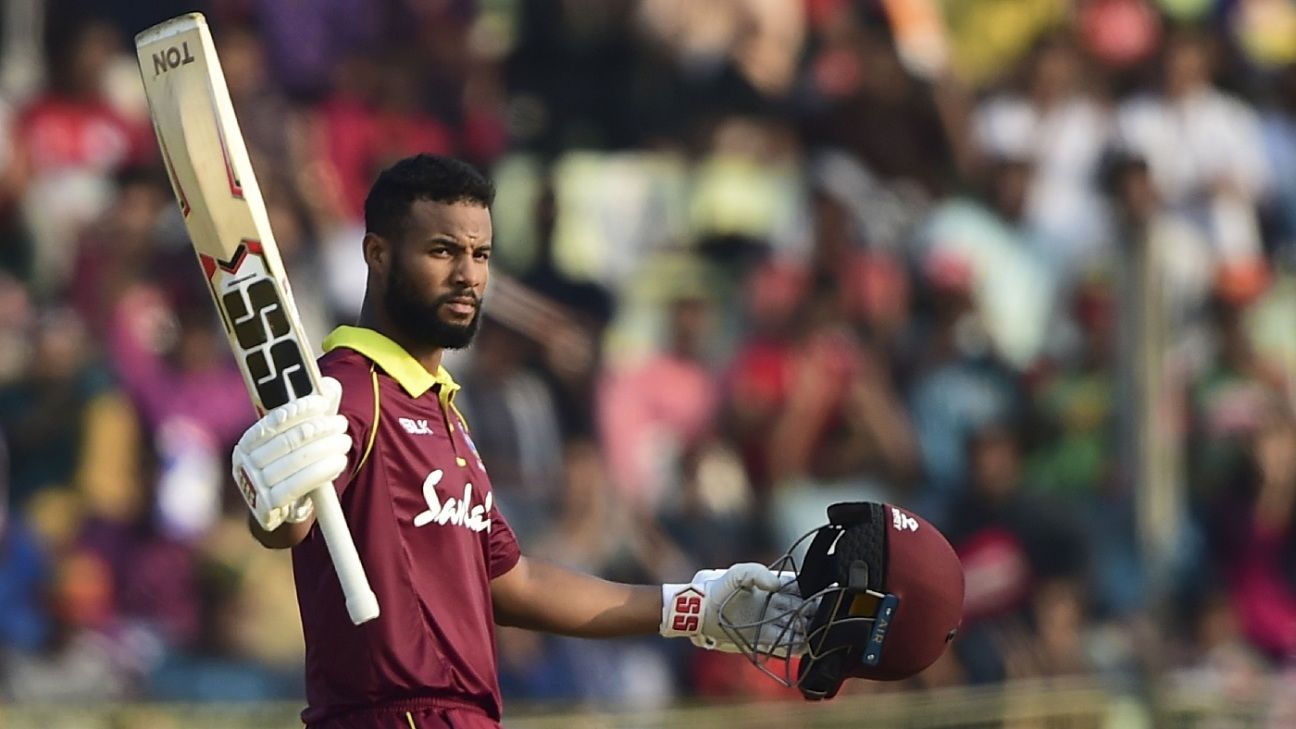 Two days ago, West Indies crushed Bangladesh by eight wickets after chasing down their 130-run target in 10.5 overs. The next day, six of their players walked away with deals worth a total of USD 2.4 million (Rs 17 crores) in the coveted IPL auction. It should put a smile on the face of the visitors who have had it rough in the last four weeks in Bangladesh.

Bangladesh captain Shakib Al Hasan has been fined 15% of his match fees for showing dissent in the first T20I against West Indies in Sylhet on Monday. One demerit point was also added to the disciplinary record of Shakib, for whom it was the second offence since the introduction of demerit system in September 2016. He now has two demerit points after receiving one during a T20I against Sri Lanka in March earlier this year.

Shakib was fined for breaching Article 2.8 of the ICC Code of Conduct for Players and Player Support Personnel that relates to “showing dissent at an umpire’s decision”. The incident happened in the 14th over of the Bangladesh innings when Shakib, who was on strike, showed dissent at the umpire’s decision of not calling a delivery a wide, by first shouting at the umpire and then getting involved in a discussion. Shakib admitted the offence and the sanction after the match and there was no need for a formal hearing.

And it is not just the IPL boys who will happy. Sheldon Cottrell, the left-arm quick, got career-best figures in Sylhet before Shai Hope struck six sixes in his 23-ball 55. Keemo Paul then struck three sixes in his unbeaten 14-ball 28 to take West Indies home. The Sylhet crowd, like Bangladesh’s bowlers and fielders, were stunned into silence.

The home side’s road to recovery will have to be through a more disciplined showing. The bowlers will be aided by the Dhaka pitch offering less bounce and pace.

Bangladesh’s batsmen must also use the pace on the ball from the West Indies fast bowlers. Neil McKenzie, the batting coach, said after the first game that there are better ways to go toe-to-toe with a pace attack. Tamim Iqbal, Soumya Sarkar, Liton Das and Shakib Al Hasan all got caught trying to pull the ball. Shakib, however, looked more comfortable, and that was because he was patient.

Bangladesh’s bowlers would hope that they get a larger total to defend and if they are bowling first, they must find ways to stop West Indies’ big hitters from getting away to a rampant start again.

While batting, Shakib Al Hasan had great judgment of deliveries that were beyond his control, and then off the bad balls, he cashed in. His pragmatism during his 43-ball 61 should have been copied by many of his team-mates in the first game.

Sheldon Cottrell created an awkward angle with his pace and bounce to get 4 for 28. It will be a bit of a challenge to do so in Dhaka, so Cottrell may have to dip his hands into his bag of tricks to do something different.

Shakib Al Hasan has a bit of fever but he is unlikely to miss out. Bangladesh are likely to give their eight batsmen another opportunity but it might not be so for left-arm paceman Abu Hider. Rubel Hossain could replace him. Mohammad Mithun and Nazmul Islam are the other options in the squad.

West Indies will be tempted to not change their XI after their overwhelming win in the first T20I. They also have Kesrick Williams, Khary Pierre, Denesh Ramdin and Sherfane Rutherford in reserve.

Weather is likely to clear up by Thursday but dew will be a factor for both sides as it is a 5pm start in Dhaka. It might just end up being a high-scoring game because of the dew.