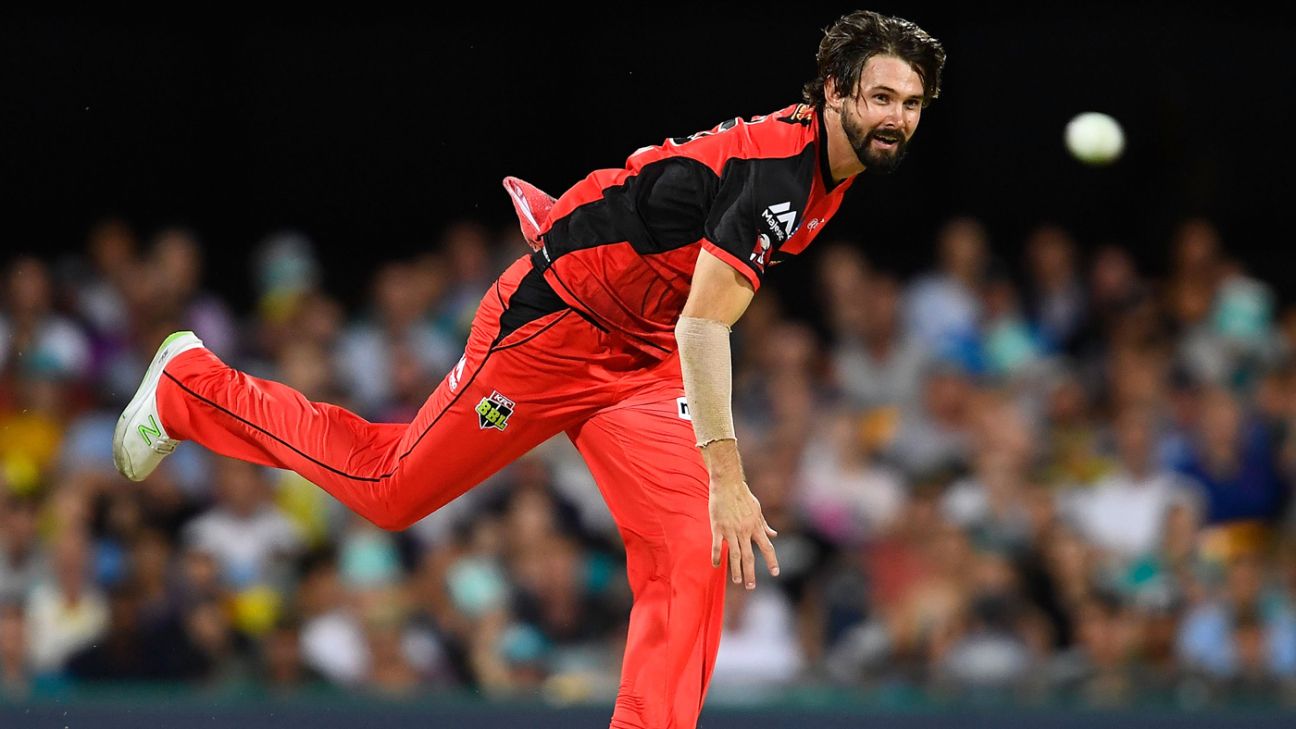 Australia fast bowler Kane Richardson says he has never seen Marcus Stoinis so angry as when the allrounder directed a homophobic slur at him during the BBL clash between the Melbourne Renegades and the Melbourne Stars.

Stoinis was fined AUD 7500 (USD 5200) after he pleading guilty to the Cricket Australia code of conduct level two charge of using personally abusive language and apologised to Richardson.

Richardson, who is in India with the Australia ODI squad, said it was normal for Stoinis and him to exchange words when playing against each other. The two have played a lot of cricket together for Australia and were both part of Australia’s 2019 World Cup campaign, and have often sparred verbally in domestic cricket.

However, Richardson said this was different from what he had experienced in the past.

“We always talk, we’re both competitors,” Richardson told reporters on Sunday. “It was just a bit of harmless banter about what was going on on the field and the way he goes about it. I always want to have a chat to him about that. It was just harmless cricket chat. For some reason, he reacted the way he did. You would have to ask him why; it was really out of character. He looked more angry than I have ever seen him. I’m not sure what he was thinking. The learning has to be that it never happens again.”

Richardson said Stoinis had contacted him the following morning. And while the pacer was not personally offended, he reiterated the words of Australia coach Justin Langer in saying that it was unacceptable for any player to use those words moving forward, particularly as it was the second such incident this season after Australia Test quick James Pattinson was suspended following a similar code of conduct charge in December.

“Yeah, a little WhatsApp the morning after, but not a whole lot of conversation about it,” Richardson said. “He realised he made a mistake. I could just tell by his body language for the rest of his innings that night that he knew he made a mistake. I didn’t need an apology for myself, he didn’t offend me. It’s what he said that offended so many people. It was more just his actions and everyone’s actions, we can’t afford to have that happen again.”