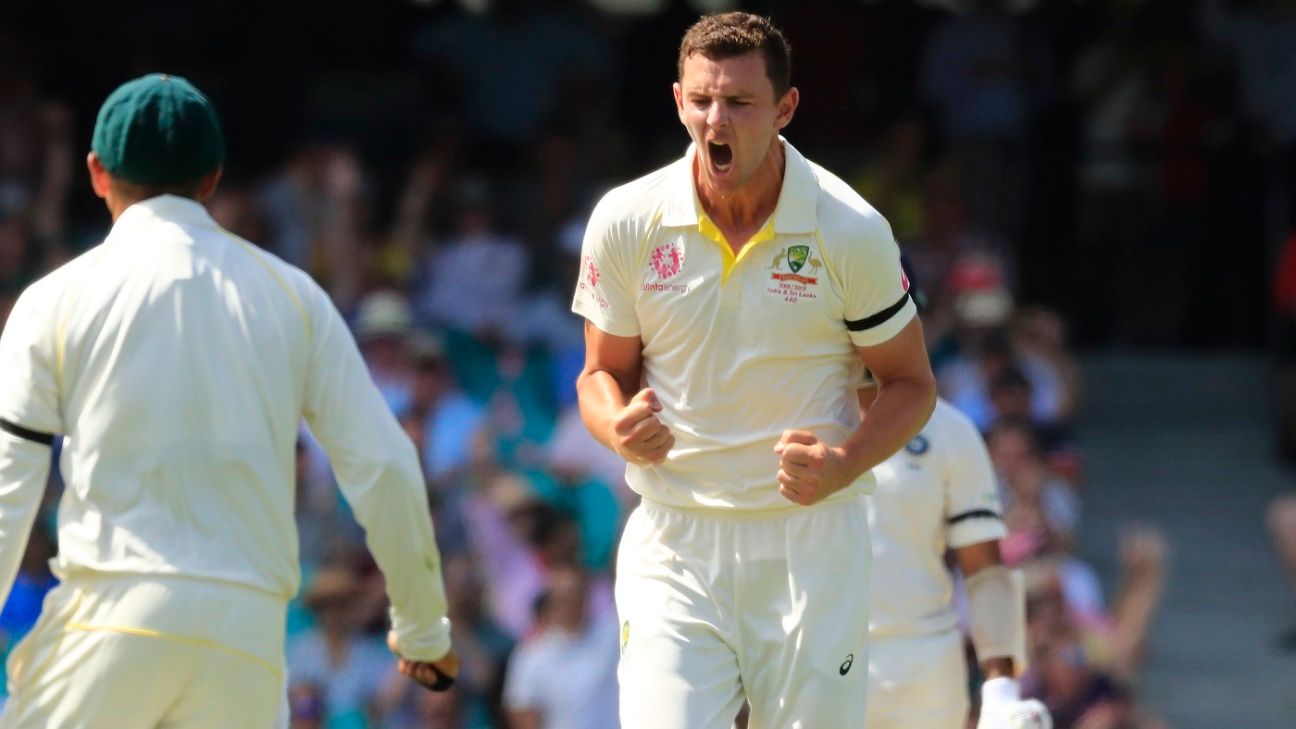 Josh Hazlewood has been ruled out of the Test series against Sri Lanka with the early stages of a stress fracture in his back. The uncapped Jhye Richardson, who impressed in the one-day series against India, has been named as his replacement.

A back injury also kept Hazlewood out of the Test series against Pakistan in the UAE last year, but Australia are confident he will be fit in time for the World Cup although his participation in any of the build-up ODIs in India or the UAE is now unlikely.

The injury will also leave Australia without either of their Test vice-captains for the Sri Lanka series with Mitchell Marsh having been dropped.

“Josh has reported some back soreness over the last few days and scans have revealed a very early stage stress fracture in the same lower back area as his previous injury from last summer,” Cricket Australia physiotherapist, David Beakley said. “He will now begin a rehabilitation program and we are confident he will be available for selection ahead of the World Cup in the UK later this year.”

Richardson’s call-up follows six wickets in the three ODIs against India which included a matchwinning haul of 4 for 26 in Sydney. He twice removed Virat Kohli in the three matches. In the first half of the Sheffield Shield season for Western Australia he took 27 wickets at 19.03 in five matches.

He was part of the Test squad for the tour of South Africa last year but this is his first inclusion since then having been overlooked for the UAE and with Peter Siddle and Chris Tremain preferred as the back-up pacemen during the India series. Although Tremain has been involved in the pink-ball tour match for the Cricket Australia XI against the Sri Lankans in Hobart, Richardson’s one-day performances have helped sway the decision.

“Jhye has had an impressive first half in his Sheffield Shield season and no-one could deny he has now continued that form in ODI matches for Australia,” national selector Trevor Hohns said. “We consider Jhye to be an ideal replacement in the squad for Josh.”