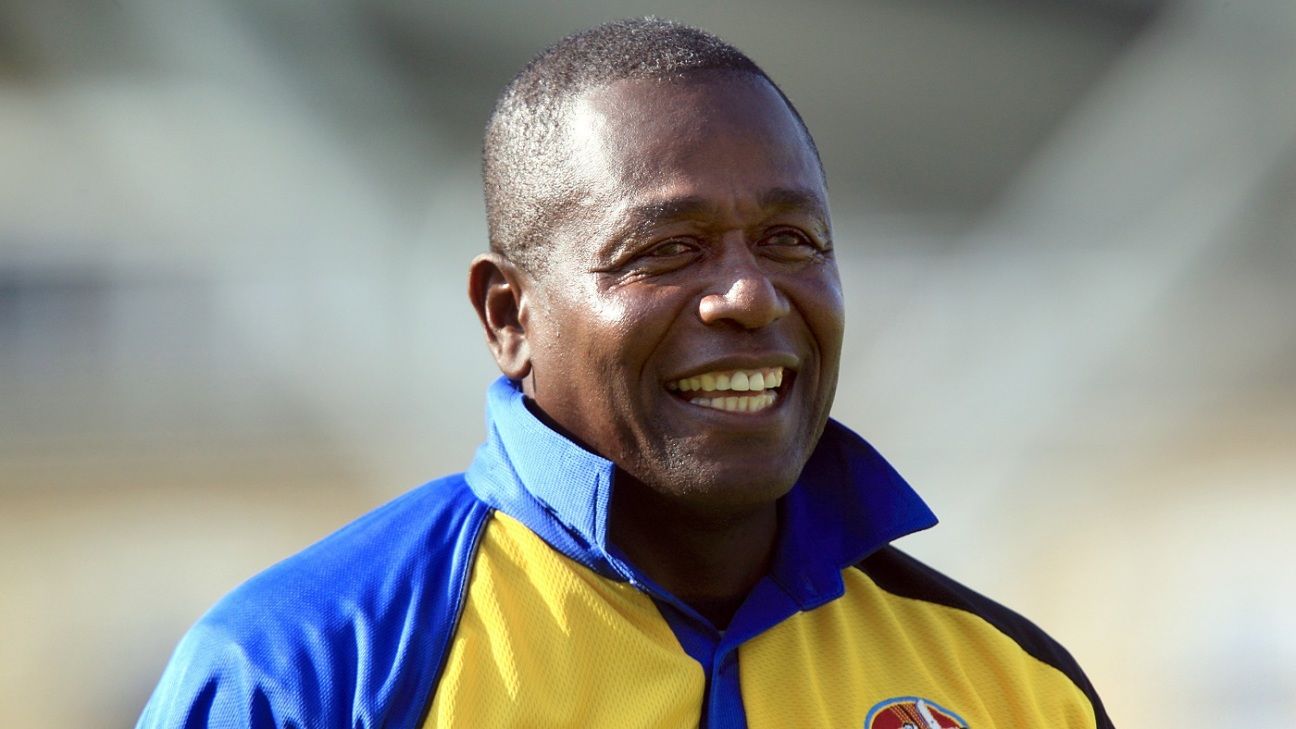 Desmond Haynes and Phil Simmons are in the race to be the next full-time head coach of the West Indies men’s team, along with interim coach Floyd Reifer, Cricket West Indies revealed on Wednesday. The three men were shortlisted after six candidates took part in interviews conducted by a CWI panel; there will now be a round of final interviews, to be completed by October 11.

“I am pleased to see such high-quality West Indian talent and experience in the shortlisted candidates for the Head Coach position,” Ricky Skerritt, the CWI president, said. “I believe that any one of the three finalists would be an excellent choice as head coach, and I wish them every success at the final stage of interviews.”

West Indies have been without a full-time coach since the CWI management led by Ricky Skerritt ended Richard Pybus’ stint in the post in April this year – just weeks before the World Cup – following a review of the team’s coaching and selection policies. Reifer, who led West Indies briefly in 2009 during a period of crisis, was handed the reins, but in an interim capacity, and has been at the helm since.

Under Reifer, West Indies started with two wins against Ireland and three losses to Bangladesh (including in the final) of the triangular ODI series in Dublin before putting in an underwhelming performance at the World Cup. After that, they hosted India in an all-format series and went down 3-0, 2-0 (with one games washed out) and 2-0 in the T20Is, ODIs and Tests respectively.

Haynes, the legendary opening batsman who scored 7487 runs in 116 Tests and 8648 runs in 238 ODIs during an international career that ran from 1978 to 1994, has worked as a batting consultant with the team before. And Simmons, also a former opening batsman, was West Indies’ head coach before being sacked in September 2016 after a rocky stint. He worked with the Afghanistan team after that before being removed from the position after the 2019 World Cup.

Apart from the appointment of the men’s head coach, CWI also confirmed the start of the recruitment process for selectors of the men’s, women’s, boys’ and girls’ teams. The process is scheduled for completion by October 18.