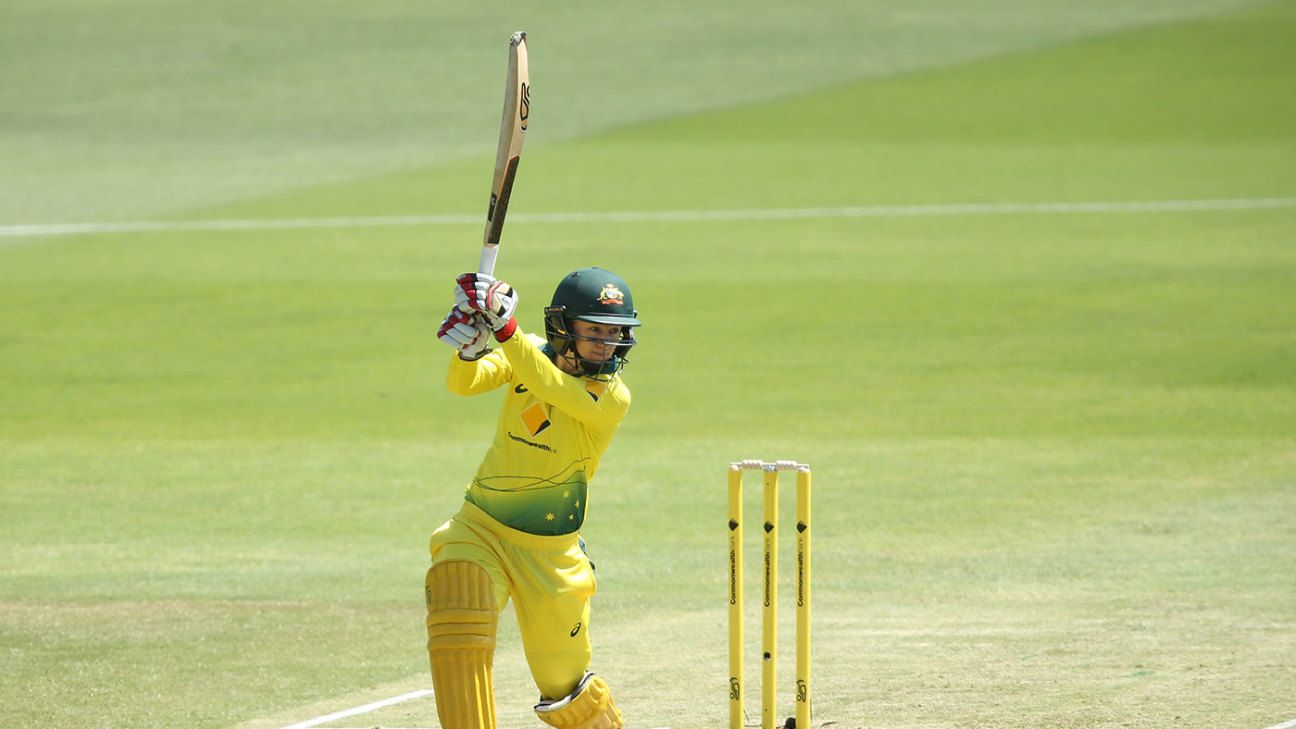 Australia women’s vice-captain Rachael Haynes expects to be fit for the Women’s Ashes Test starting on Thursday despite battling a tight quad.

Haynes was forced to retire on 47 during the first innings of Australia’s three-day tour match against the England Academy at Marlborough. She did not bat in the second innings as Australia won by 240 runs. But the left-hander was confident she would be fit for the Test match.

“It’s nothing too serious to be honest,” Haynes said. “I just had a bit of tightness in my quad. I guess there’s an opportunity now to have a couple of days to freshen up. I feel good. I went for a run this morning so I think I’ll be fine.”

Australia lead the multi-format Ashes series 6-0 after claiming two points for winning each of the three ODIs to start the series. A win in the Test match at Taunton would yield four points but even a draw would secure two and be enough for Australia to retain the Ashes, with just six points available in the last three T20Is to finish the series.

Australia’s biggest issue is which players to select for the Test following a dominant display in the warm-up game. Young fast bowler Tayla Vlaeminck did not play in the ODIs but took 4 for 31 and 1 for 19 in the tour game to put her name forward. Sophie Molineux was drafted into the squad after the ODIs were completed and put herself firmly in the selection frame with unbeaten scores of 65 and 33, as well as five wickets with her left-arm spin. She took 4 for 30 in the fourth innings, knocking over Fran Wilson and Danielle Wyatt, both of whom featured in the ODIs for England.

Haynes said she did not envy the selectors task of picking the final Test XI.

“It’s going to be really tough. There’s going to be some disappointed people I think. But the best thing about the tour match was lots of people put their hands up and put their names forward and it’s a nice position to be in where you’ve got to make some tough decisions, so no doubt the selectors will sit down and work out what the best combination is for the Test.

“You play one Test match every 18 months and it’s a really special occasion. We’ve got the possibility of maybe five players debuting. It’s really exciting for the team but no doubt there’s going to some people disappointed