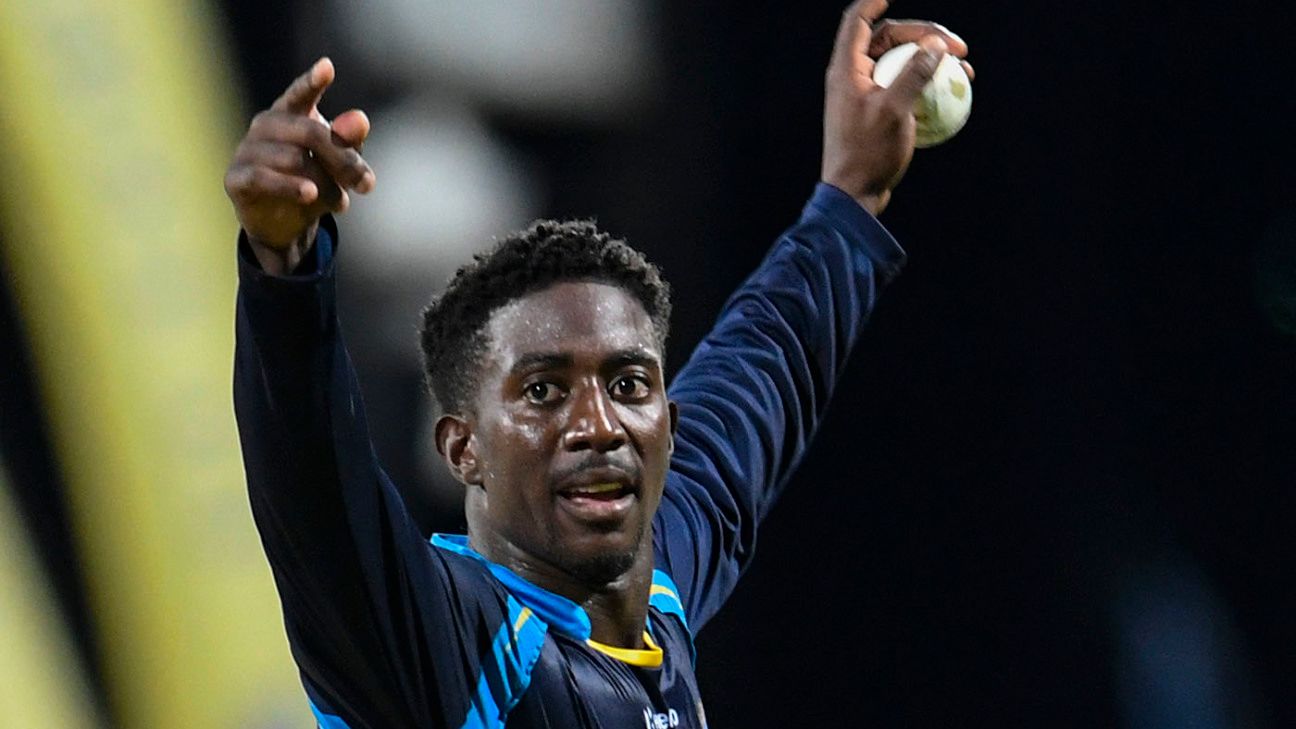 Legspinner Hayden Walsh Jr. who made his debut for USA in 2018 has now broken into West Indies’ squad for the three T20Is and three ODIs against Afghanistan at Dehradun in India in November.

Walsh made it to West Indies’ limited-overs squads after a breakout CPL 2019, where he spun Barbados Tridents to the title with 22 wickets at an economy rate of 8.28 despite playing just nine matches in the season. Walsh, who was born in US Virgin Islands to Antiguan parents, is a dual passport holder and has been part of West Indies’ domestic structure.

Guyana Amazon Warriors’ opening batsman Brandon King, who was the top scorer in this season’s CPL with 496 runs in 12 innings at a strike-rate of nearly 150, was also picked in both the ODI and T20I squads.

Kieron Pollard, who last played an ODI in 2016, returned to take over as the captain of both the limited-overs teams. Test captain Jason Holder, who won the CPL with Barbados Tridents on Sunday, is part of all three squads.

However, Sunil Narine, who suffered a recurrence of a finger injury during the CPL and was in “excruciating pain,” according to his Trinbago Knight Riders captain Pollard during the second qualifier, wasn’t picked in the T20I or ODI squad.

Chris Gayle, who made a U-turn by returning to action in the ODIs at home against India after declaring that the World Cup would end his 50-over career, didn’t feature in any of the squads either. His comments during the World Cup caught some of his own team-mates by surprise and his international future continues to be unclear.

Lendl Simmons – who wasn’t initially picked in the CPL draft and later reeled off 496 runs in 12 innings at the top as a replacement player for Knight Riders – though returned to the T20I squad that included as many as eight changes. Simmons with reunite with his uncle Phil Simmons with whom he had won the T20 World Cup in India in 2016. Controversially sacked after winning that tournament, Simmons has made a comeback as a head coach for a tenure of four years.

Simmons’ Knight Riders team-mate Khary Pierre, who excels with bowling with the new ball, was also rewarded for his CPL form and was picked in both the ODI and T20I squads. The left-arm spinner has played four T20Is so far but is yet to make his ODI debut. Wicketkeeper-batsman Denesh Ramdin was back in the T20I squad while former T20I captain Carlos Brathwaite and the Jamaica Tallawahs trio of Oshane Thomas, Andre Russell, and Rovman Powell didn’t make the cut.

Powell, who has also captained West Indies before, is recovering from an abdominal strain that sidelined him from the second half of the CPL. St Lucia Stars seamer Kesrick Williams, who has a variety of slower balls in his repertoire, returned to the T20I side, having last represented West Indies in August 2018. Left-arm seamer Sheldon Cottrell and a fit-again Alzarri Joseph, who regularly hit speeds north of 140kph in the CPL, will lend more depth to the pace attack in T20Is.

Joseph was included all three squads – along with Holder – but is uncapped in T20Is. He had injured his right arm while playing for the Mumbai Indians in the IPL in April and returned to the field after nearly five months to represent St Kitts and Nevis Patriots in the CPL recently. He played nine matches to pick up as many wickets and ended with a fairly good economy rate of 7.75.