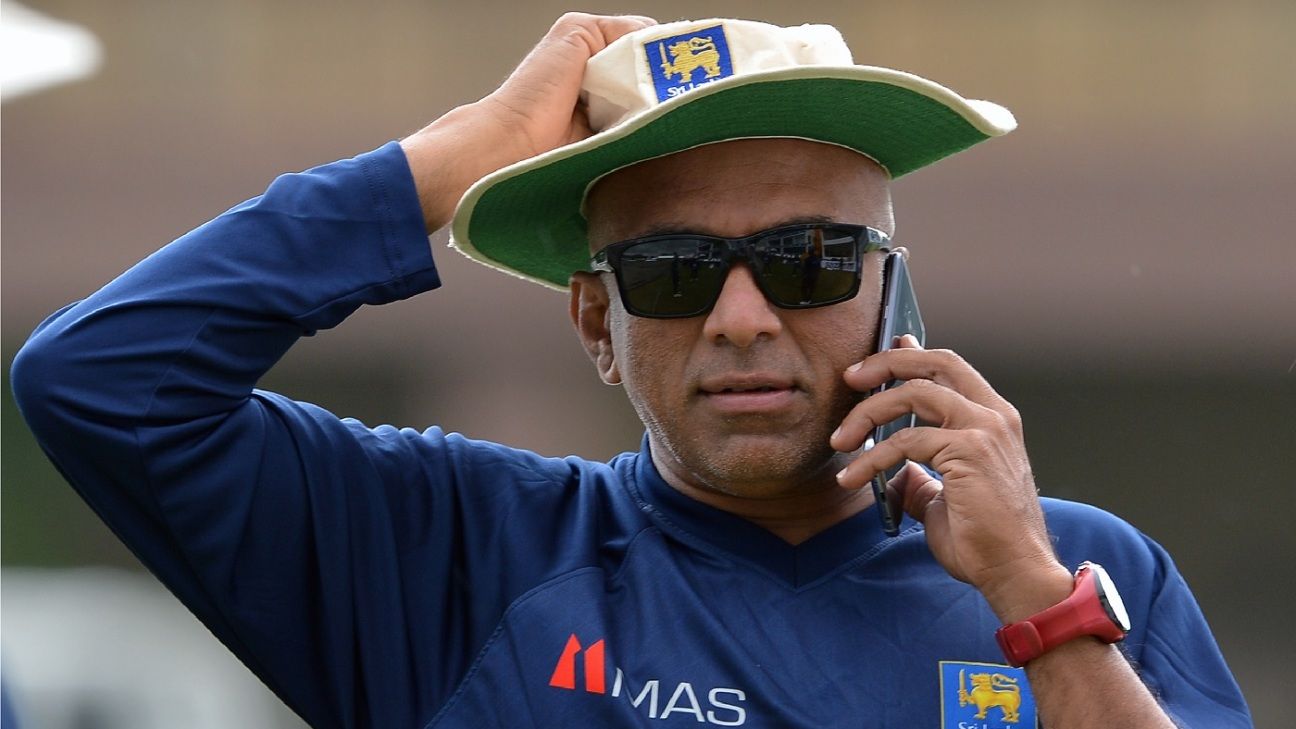 An SLC release also confirmed that Hathurusingha will be required to return to Sri Lanka following the ongoing ODI series in order to “discuss the Sri Lanka team’s preparation for the upcoming ICC Cricket World Cup”. Fielding coach Steve Rixon will be the acting head coach of the side during the three-match T20I series.

Although the board wants to remove Hathurusingha, its hands are somewhat tied by Hathurusingha’s contract, which runs up until the end of 2020, and requires a substantial compensation to be paid in the event of early termination. As such, de Silva and the boards are expected to broach the possibility of Hathurusingha working for SLC in a limited capacity back in Sri Lanka in the short term.

“[The board is] trying to give Hathuru a break to see how Rixon fares in the team,” an SLC official told ESPNcricnfo.

Since taking over at the beginning of 2018, Hathurusingha has overseen a modest string of results, winning just 16 of 49 international matches in charge. His predecessors, however, had fared little better. In fact, Sri Lanka’s win rate in 2018 was better than it had been in 2017, if only marginally.

While the historic Test series win over South Africa last month did buy him a short reprieve, the ensuing succession of ODI defeats, in what is Sri Lanka’s final series before the World Cup, has seen the board become emboldened to move against Hathurusingha.

The board’s concerns are also thought to be only partially performance-related. According to the SLC source, Hathurusingha is said to have uneasy relations with some players and staff, while it was a prolonged spat with the new selection committee that culminated in him being removed from the role of selector-on-tour last month.

Ahead of the South Africa tour, Hathurusingha had voiced concerns over the wholesale changes being made to the limited-overs squad just months out from a World Cup, one of which was the axing of Dinesh Chandimal – someone he had earmarked as central to his limited-overs squad. Hathurusingha is also said to have been unhappy at Lasith Malinga’s installation as ODI captain, a player who had until then only been at the periphery of his plans.

“The board is not happy, not only with his performance, but his attitude as well. This has been coming for a while, to be honest,” the SLC official said.

The current set of administrators at SLC, however, are largely the same people who had hired Hathurusingha in the first place, pursuing him for at least several months before finally convincing Hathurusingha to leave his job in Bangladesh early, in order to join the Sri Lanka team. Roughly the same group of administrators had also hired Graham Ford at the start of 2016, then elbowed him out of the job in mid-2017.

No Sri Lanka coach has lasted more than two years this decade. Sri Lanka have had nine head coaches (including interim appointments), since 2011 – Ford serving the longest, across two different stints.

In terms of preparation for the World Cup, this is far from ideal for Sri Lanka, with neither the selectors, the board, Hathurusingha nor the fans any closer to identifying a final squad. As a final throw of the dice, SLC are expected to hold a provincial tournament next month, consisting of four teams comprising all the players vying for a World Cup spot.

“We want every player to play in each game to ensure they are fit enough to go for the World Cup. The teams will be captained by Dimuth Karunaratne, Angelo [Mathews], Upul Tharanga, and maybe Malinga or Chandimal. They will have to prove themselves to be in contention for the World Cup,” the source confirmed.