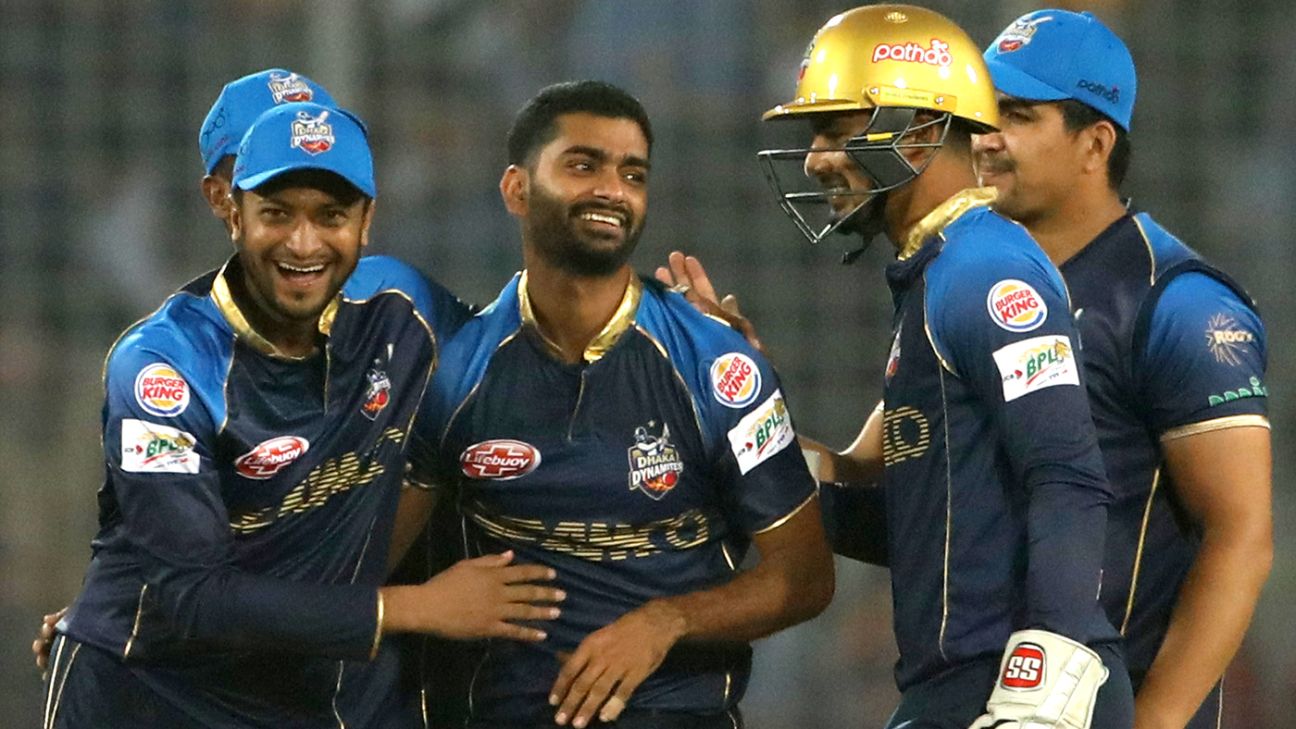 Two days after picking a hat-trick on his BPL debut, Dhaka Dynamites offspinner Aliss Islam is under the scanner for a suspect bowling action. No sooner than a few hours after the game, the Rangpur Riders team management realised that the 22-year old had a “faulty action.”

According to the Bengali daily Prothom Alo, all his deliveries in Thursday’s clash between Dhaka and Rangpur were found to be suspect.

Aliss took the tournament’s third hat-trick by removing Mohammad Mithun, Mashrafe Mortaza and Farhad Reza. Then, he picked the key wicket of Rilee Rossouw, who made a 44-ball 83 to put Rangpur on top. Then, with Rangpur needing 14 off the last over, Aliss only conceded 11 to give Dhaka a two-run win over the defending champions.

Jalal Yunus, head of BPL’s Technical Committee and BCB’s bowling action Review Committee, confirmed that the on-field umpires had reported Islam’s action to the BPL governing council. The 22-year old will have 14 days to report to the review committee.

“He will have a test and if we find something, he will be off from all forms of cricket unless his action is corrected,” Yunus confirmed.

In fact, Yunus had also revealed that he thought Islam’s action was suspect even when he played in the Dhaka First-Division League last year, but that he had rectified it.

He is the third bowling to be reported in the BPL. In 2016, West Indies allrounder Kevon Cooper and Bangladesh left-arm spinner Arafat Sunny were reported for illegal actions.