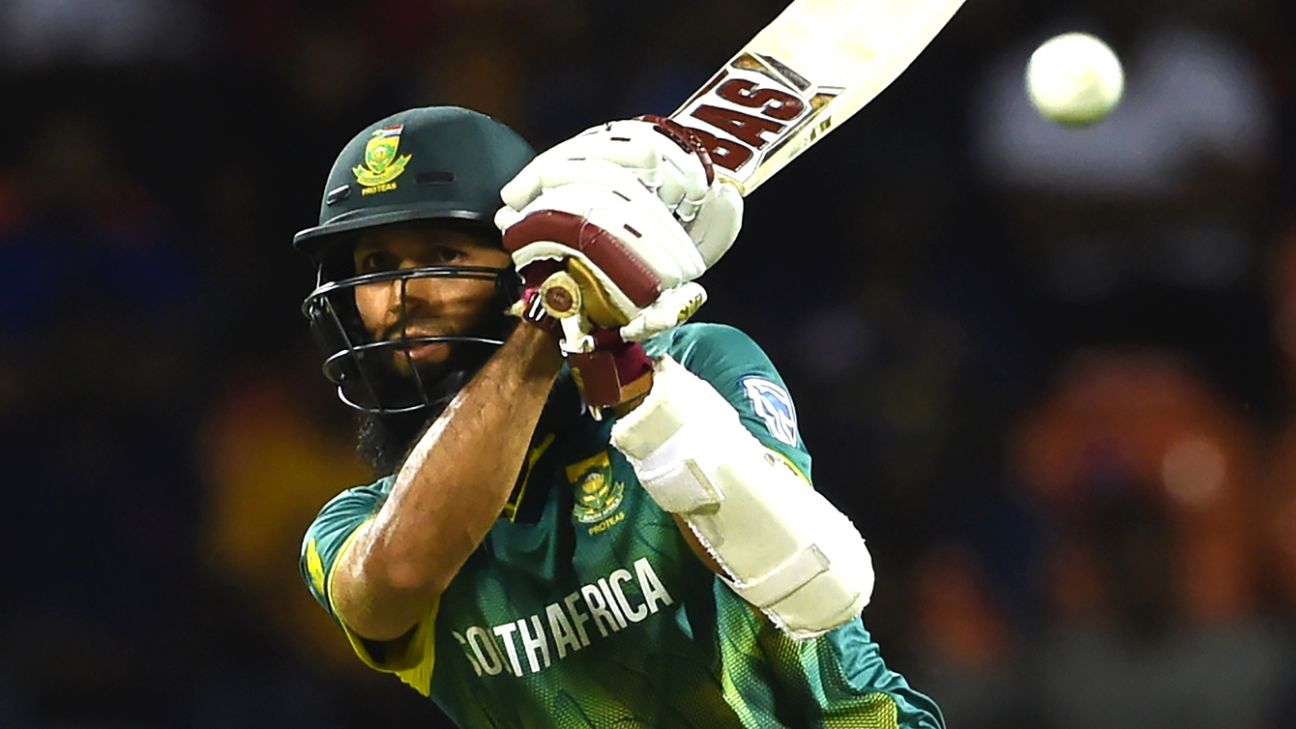 Hashim Amla will return to cricket with the Cape Cobras during Cricket South Africa’s upcoming T20 Challenge, coach Ashwell Prince confirmed in Cape Town on Thursday. Prince also revealed that CSA were hoping Amla would be able to take up a short county stint in England to acclimatise ahead of the World Cup, but Amla wanted to stay in South Africa to be closer to his ailing father.

“He is available,” Prince said at Newlands. “My understanding is that CSA would have preferred for him to be playing in the UK, but he wanted to be closer to home.”

Cape Cobras will play five games in the domestic T20 tournament before South Africa’s World Cup squad is named on 18 April, and their tournament opener against Lions at the Wanderers on Sunday will be Amla’s first participation in competitive cricket since March 1. Amla last played for South Africa in the two Tests against Sri Lanka in February, and was granted compassionate leave from the one-day squad to be with his critically ill father.

The situation has improved a little but Amla, who turned 36 on March 31, is short of form and match practice ahead of the deadline for the announcement of South Africa’s World Cup squad. His place in that squad is not settled, and CSA’s selection convener Linda Zondi told Sport24 that the process of deciding upon that squad is giving him “sleepless nights”.

Amla started this season in dreadful form, averaging just 10.14 with the bat with two ducks in seven innings for Durban Heat in the Mzansi Super League before turning things around somewhat with vital runs – including a 27th ODI hundred – during Pakistan’s visit. After some time away from the game to be with his family, Amla returned to the nets in Durban this week and will be flying to Cape Town to join the Cobras squad ahead of their first game of the CSA T20 Challenge. Prince believes that the tournament could provide Amla with valuable time in the middle.

“I don’t think extending an innings has ever been a problem for Hashim,” Prince said. “It’s about getting in. In the Mzansi Super League, he didn’t manage that, which can happen after a long lay-off.

Prince also confirmed that JP Duminy will not be available for the Cobras’ first few games of the tournament as his rehabilitation from a shoulder injury that necessitated surgery and kept him out of action for most of the summer continues with strength and conditioning work as per CSA’s wishes.