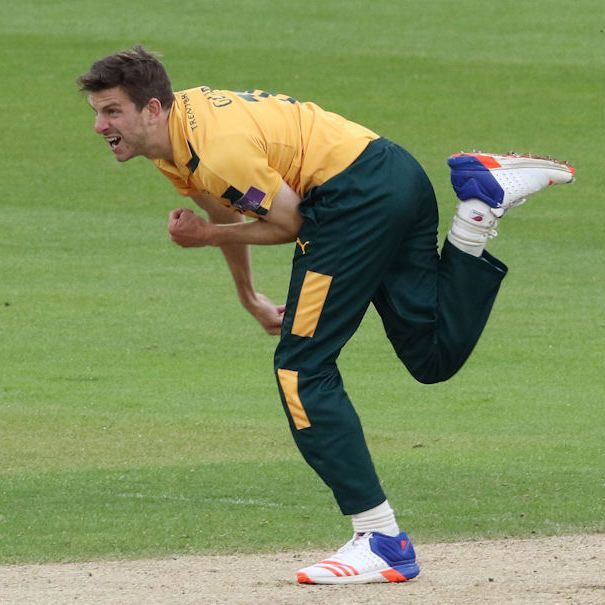 Harry Gurney has retired from red-ball cricket, signing a white-ball-only contract extension with Nottinghamshire until the end of the 2020 season.

Gurney’s left-arm pace has made him something of a global commodity, earning him deals to play for Quetta Gladiators in the PSL and Kolkata Knight Riders in the IPL following a successful stint with BBL champions Melbourne Renegades.

“I am very proud of what I have achieved in red ball cricket, but now feels like the right time to focus solely on one-day competitions,” 32-year-old Gurney said. “I am grateful to the Club for understanding and for showing faith in me by giving me a deal until the end of 2020.

“I can’t imagine playing my cricket anywhere else in England and I hope I can taste further white ball success with this exciting group of players.”

On English soil, Gurney has taken more wickets than any other bowler in T20 cricket over the past two years, claiming 41 wickets at an average of 21.63 with a miserly economy rate for a new ball and death bowler of 8.32.

In 2017, he contributed 21 wickets to Nottinghamshire’s T20 Blast triumph and 13 as the Outlaws lifted the Royal London One-Day Cup.

Nottinghamshire director of cricket Mick Newell said: “While it’s a disappointment that Harry won’t be playing red ball cricket for us anymore, we’re really pleased to have him committed to us for one-day cricket over the next two seasons.

“He’s one of the best white ball bowlers around. Once he made his decision, if we didn’t offer him a white ball deal there would be 17 other counties wanting him to bowl for them.

“When he returns from the IPL, he’ll have had a concerted period of T20 cricket behind him and will continue to be an asset to us, as he has been for a number of years.”

Gurney, who has played 10 ODIs and two T20Is for England, joined Nottinghamshire from Leicestershire before the 2012 season and has taken 275 first-class wickets at an average of 28.81, including career-best figures of 6-25 against Lancashire last year.

Young Nottinghamshire bowlers Luke Wood, Zak Chappell and Paul Coughlin are in line to fill the void left by Gurney in the longer format.