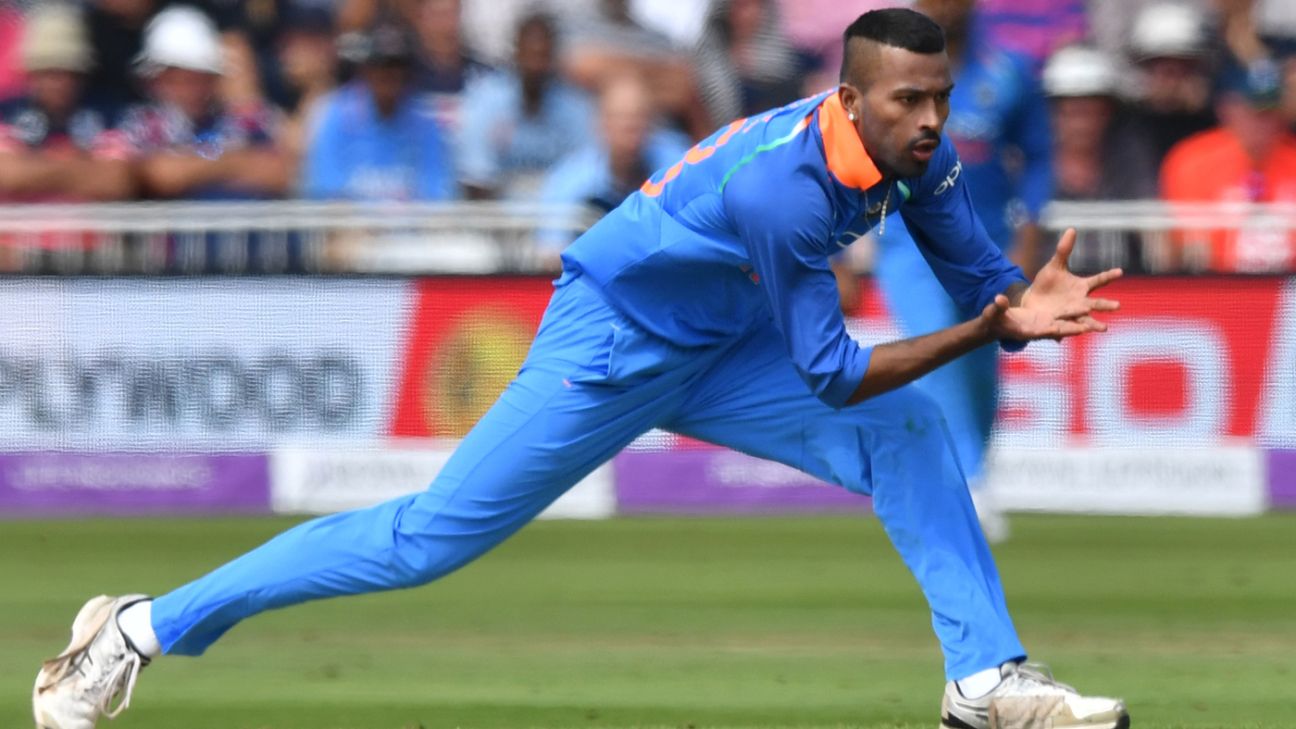 Hardik Pandya has undergone a surgery, most likely on his back, this week. The surgery is understood to have taken place in the United Kingdom, with Hardik putting out an Instagram post on Saturday calling it a “successful” one.

Incidentally, the BCCI has not made public information about the nature of the injury, the details of the surgery, or the likely recovery time.

Hardik has been hampered by lower back issues since the Test series in England in 2018. The problem surfaced during the Asia Cup in September 2018. After that, he missed the home Test series against West Indies, the T20I series in Australia, and wasn’t initially part of the Test squad on that tour.

Hardik had a successful IPL earlier this summer, but was rested once again for the West Indies tour immediately after the World Cup. It is believed the team management was happy for him to rest and focus on his strength training before he returned for the T20I series against South Africa in September.

The break, Hardik had told IANS “has helped me a lot and my fitness has gone to the next level”.

After that, though, Hardik wasn’t considered for the ongoing Test series after the back injury resurfaced during the T20Is against South Africa. ESPNcricinfo understands the BCCI had Yogesh Parmar, one of the physios, accompany Hardik to ensure the injury is managed properly going forward.

Hardik’s injury follows that of strike bowler Jasprit Bumrah, who the BCCI said had a stress fracture in the lower back. Bumrah, too, is expected to be in the UK soon to consult specialists before determining the next step.

Bumrah will be accompanied by Ashish Kaushik, the head physio at the National Cricket Academy in Bengaluru. It is understood that the BCCI wanted Hardik and Bumrah to be accompanied by the physios since they weren’t entirely happy with the players managing the rehab on their own.