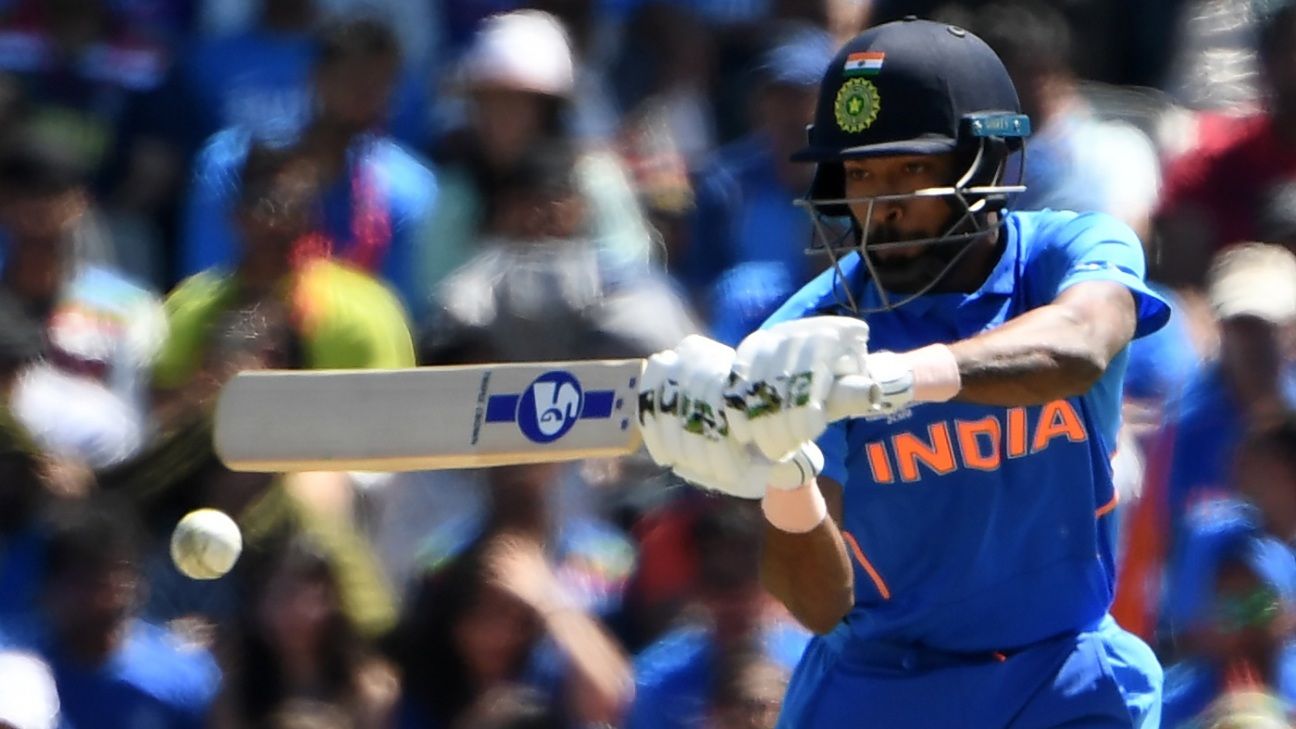 India allrounder Hardik Pandya is targeting an international return during the tour of New Zealand which begins in the last week of January 2020. Pandya, who underwent back surgery in October, indicated that, as per the plan worked out with India’s team management, he is scheduled to join the squad “midway” into the New Zealand series, then feature in the IPL, and then be ready for the T20 World Cup in Australia in October 2020

After hosting Australia for the three ODIs at home in January, India will travel to New Zealand to play five T20Is, three ODIs and two Tests. Pandya last played for India during the T20I series against South Africa at home in September. That marked his return to the team following a period of rest after the World Cup in England, with the team management wanting him to focus on his strength training. Pandya, however, complained of back trouble during the South Africa series, according to the BCCI, and this eventually culminated in his undergoing surgery.

On Monday, speaking to a small group of mediapersons over conference call, Pandya pointed out why he and the team management felt delaying the surgery was not an option. “We decided to do the surgery now because we saw the future and thought this is the right time,” IANS quoted Pandya as saying. “We thought this was the right time because even if I take four months, I will be coming back before the New Zealand series, mid-way actually. That was the plan that I play some international games, the IPL and then the World T20. The biggest concern was the World T20 which touch wood is now in place.”

Incidentally, Pandya said he had been carrying the injury, and “managing” it, for five years. But he realised that the back pain was hampering his performance. “I could have done the surgery a month later, but it would not have helped me in any way,” he said. “I was feeling the difference in my back and wasn’t able to take it.

“I was managing the back, tried everything possible not to get into surgery or anything. After trying everything, we came to the conclusion that it wasn’t working. I noticed that I was not able to give my 100 per cent and that meant I was not doing justice to myself and the team. That is when I decided to go for the surgery.”

The back problems have persisted since the Asia Cup in 2018, the first time Hardik complained of a stiff back. Since then the team management along with the selectors have monitored and managed the allrounder’s workload. Before his return in September, Pandya was gung-ho and had told IANS that his “fitness had gone to the next level”, only for the issue to flare up again.

Pandya said the long period of rehabilitation has been difficult for him, mentally. “It might sound cool, but it is not easy to keep coming back as you need motivation. Yes, we all have motivation, but you need to be sure that you do not go down the wrong path. You don’t question yourself and why is it happening to you. I try and back myself and stay positive. I have understood that every comeback gives me an edge and makes me stronger. I want people to say I learnt something when I was away due to injury. Physically I can always come back, but mentally it is important to stay healthy.”

Pandya said he was focusing on staying patient and cited the examples of fast bowlers Pat Cummins and Jasprit Bumrah, who have had to spend time away from the game to recover from career-threatening injuries. “It is very important that you don’t rush. If your body is not ready and force yourself to come back right now, without being prepared, you might break down again,” Pandya said. “So that is the thing why people call for patience. Injuries are not easy, but being patient is important.

“I have seen Pat Cummins coming back from injury being stronger than before. I have seen Jasprit Bumrah having a knee surgery and coming back and be what he is right now. I have seen cricketers come back from bad injuries and surgeries and I have spoken to them and learnt that patience is very important. After a knife touches your body, it becomes fragile. So, you have to give 200 per cent while making the return.”

In the last week Pandya has returned to training in Mumbai, but said he was yet to bat or bowl. He did not rule out featuring for Baroda in the Ranji Trophy, but did not specify any date of return. “Just going step by step. Right now haven’t started bowling or any cricket-specific activity. We are following all the routines and touch wood everything is going as per plan. I am sure that I will make a strong comeback. We have to be a little careful and go with the flow, seeing the body and then take a call on coming back. Once we start cricket, it won’t take much time. Just need to be ready for the international standard.”