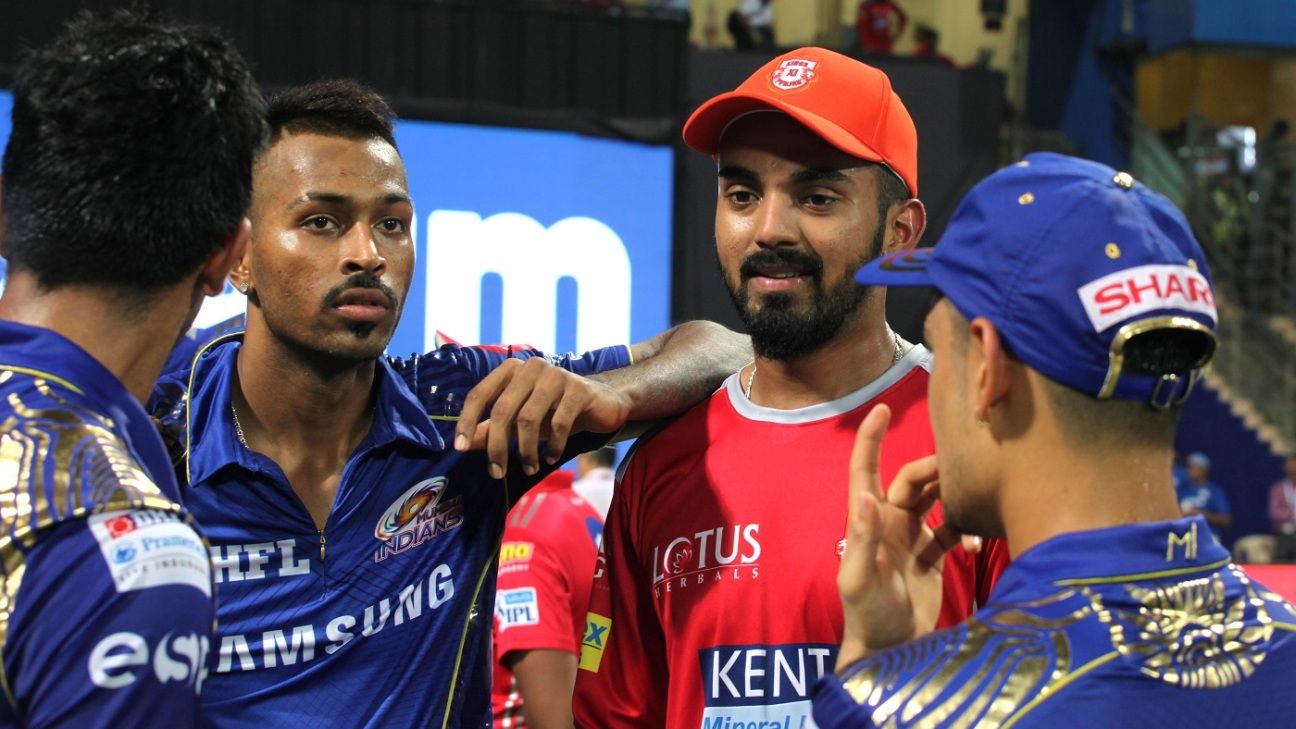 Hardik Pandya and KL Rahul, the two players issued show-cause notices over their comments on a talk show, are likely to be suspended by the BCCI, ESPNcricinfo understands. The BCCI leadership is believed to have decided on the action, with the quantum of punishment yet to be fixed.

Pandya and Rahul appeared on the talk show on Sunday where their comments – Pandya’s in particular – came in for widespread criticism and raised concerns over the team culture. The BCCI issued the players a show-cause notice to which Pandya responded with an apology to the board.

Correspondence on the issue accessed by ESPNcricinfo suggests that while Vinod Rai, one of the members of the Committee of Administrators, is in favour of a two-match ban, BCCI treasurer Anirudh Chaudhry has pushed for a stronger penalty should the players be found guilty – under their contracts – of bringing cricket and Indian cricket into disrepute. There is even a view that the punishments for the two differ according to what each of them said on the show.

“I have seen the remarks made by these two players on the show in print today,” Rai wrote on Thursday. “Very crass. No apology can cover it. I had asked Diana to suggest penalty because I had not seen the clip. I think we need to give both of them a two-match suspension.”

Chaudhry has also suggested immediate suspension pending enquiry, but if found guilty the CoA should follow the precedent it set in the cases of Steven Smith and David Warner, who were banned from the IPL for a whole season for their involvement in ball-tampering in South Africa.

Chaudhry raised concerns about the permissions taken by the players before appearing on the show, the disrepute it brought to other Indian cricketers and about how these comments leave them open to honeytraps that players are trained to avoid in ICC ACSU briefings.

“As far as the quantum of the punishment is concerned if the players are found guilty as per the procedures laid down in the Rules and Regulations, keeping in view the above factors and discussions, a two-match suspension seems to be merely a stop-gap arrangement especially considering that the CoA had banned Mr. Smith and Mr. Warner for a season,” Chauhdry wrote. “The players must be immediately suspended pending a proper inquiry and must be allowed to join the team (if selected) only once they have gone through a proper sensitisation in addition to serving a ban, if imposed upon them.

“In any case the entire team and support staff must go through a sensitisation process. The CEO may join them in the sensitisation as well as recommended by Ms. Veena Gowda, Advocate.”