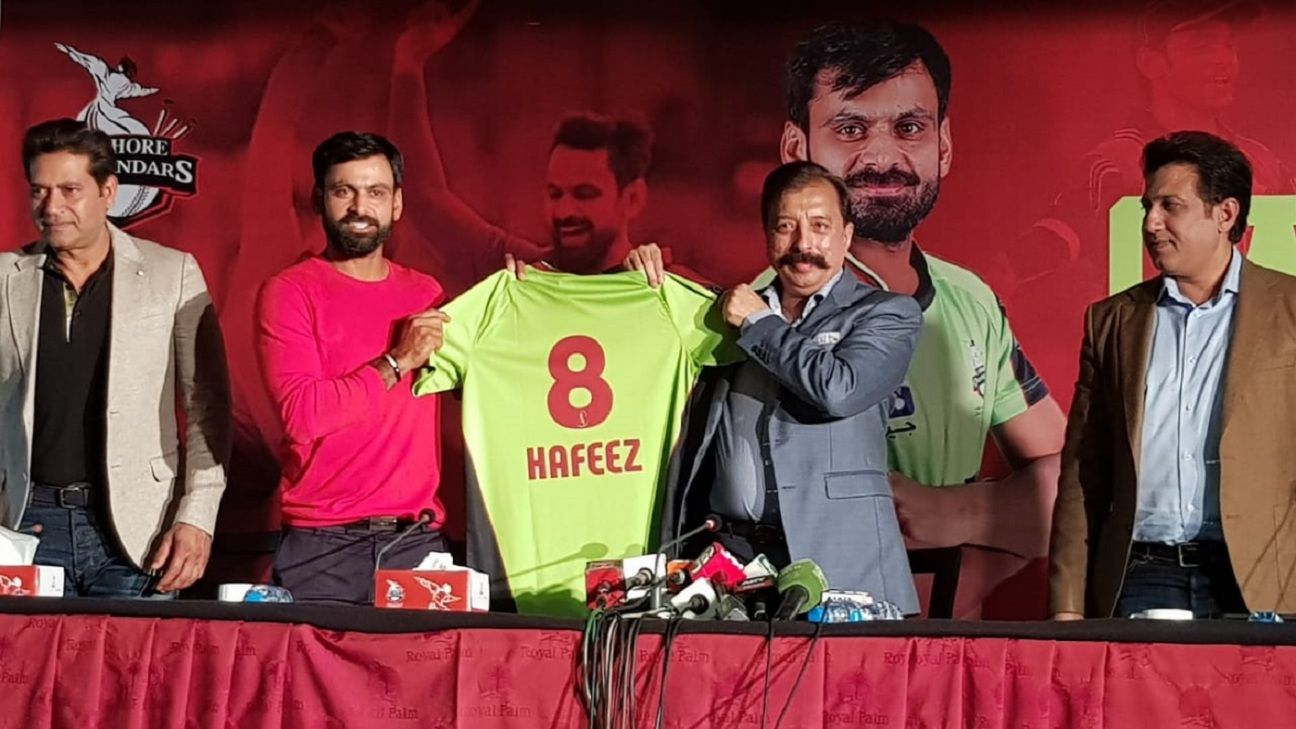 Mohammad Hafeez is set to undergo surgery for a hand injury, sustained while attempting a return catch in Lahore Qalandars’ match against Karachi Kings on Saturday. This puts his participation in the remaining PSL season in jeopardy, besides casting a doubt on his World Cup availability for Pakistan.

A visibly hurt Hafeez had walked off the field immediately after suffering the blow to his right thumb and, in addition to not returning during that game, he also missed the one against Peshawar Zalmi on Sunday.

The incident took place in the 13th over of Karachi’s chase, when Colin Ingram hammered one straight back to Hafeez, and the ball burst through his fingers. The news comes as a massive blow to Lahore, who picked Hafeez in the platinum category and named him captain in a bid to correct their horrid PSL record, which saw them finish last in all three previous seasons of the competition. Lahore were keen on a local captain after Brendon McCullum led them unsuccessfully over the last two seasons, but ironically, Hafeez’s injury meant that they had to hand over captaincy to South Africa’s AB de Villiers.