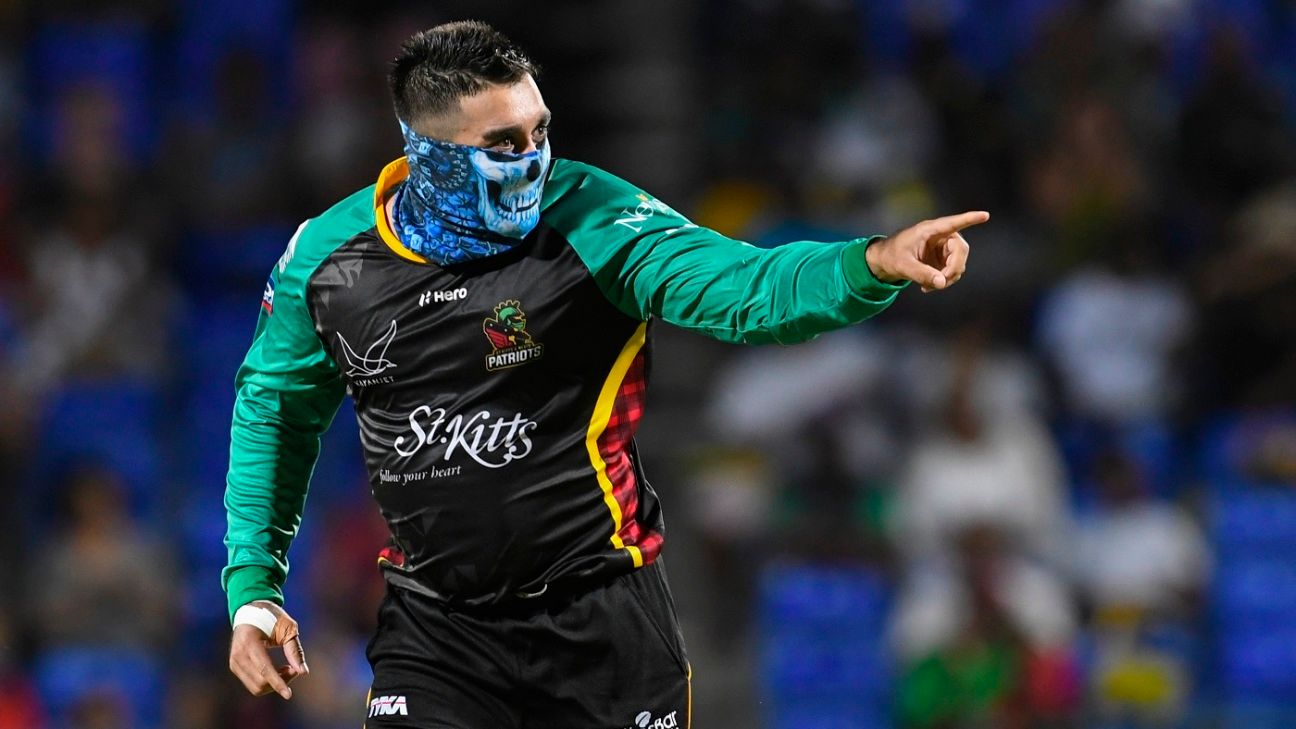 After a successful run thanks to the dual spin of Liam Dawson and Mason Crane, Hampshire’s Blast campaign has been derailed by injuries to Crane and back-up spinner Brad Taylor, leaving them sixth in the South Group, and the signing of Shamsi means they will have the opportunity to resume their plan to prepare turning pitches.

“After losing both Mason and Brad to injuries, Shamsi bolsters the squad and offers an excellent spin option with international experience for the final four fixtures of our Vitality Blast campaign,” said Giles White, Hampshire’s director of cricket. “We’re looking forward to having him with us.”

Shamsi, who has developed a reputation as a bubbly character thanks to his wide array of wicket celebrations, will go straight into the squad to play Middlesex at Lord’s on Thursday night.

This will be his second stint in county cricket, after five games for Northants in 2017. He also has experience in the IPL for Royal Challengers Bangalore, in the Caribbean for St Kitts and Nevis Patriots, and has taken 10 wickets in his 14 T20Is.

He joins Chris Morris, Hampshire’s other official overseas player, as well as other compatriots Kyle Abbott and Rilee Rossouw in the squad.