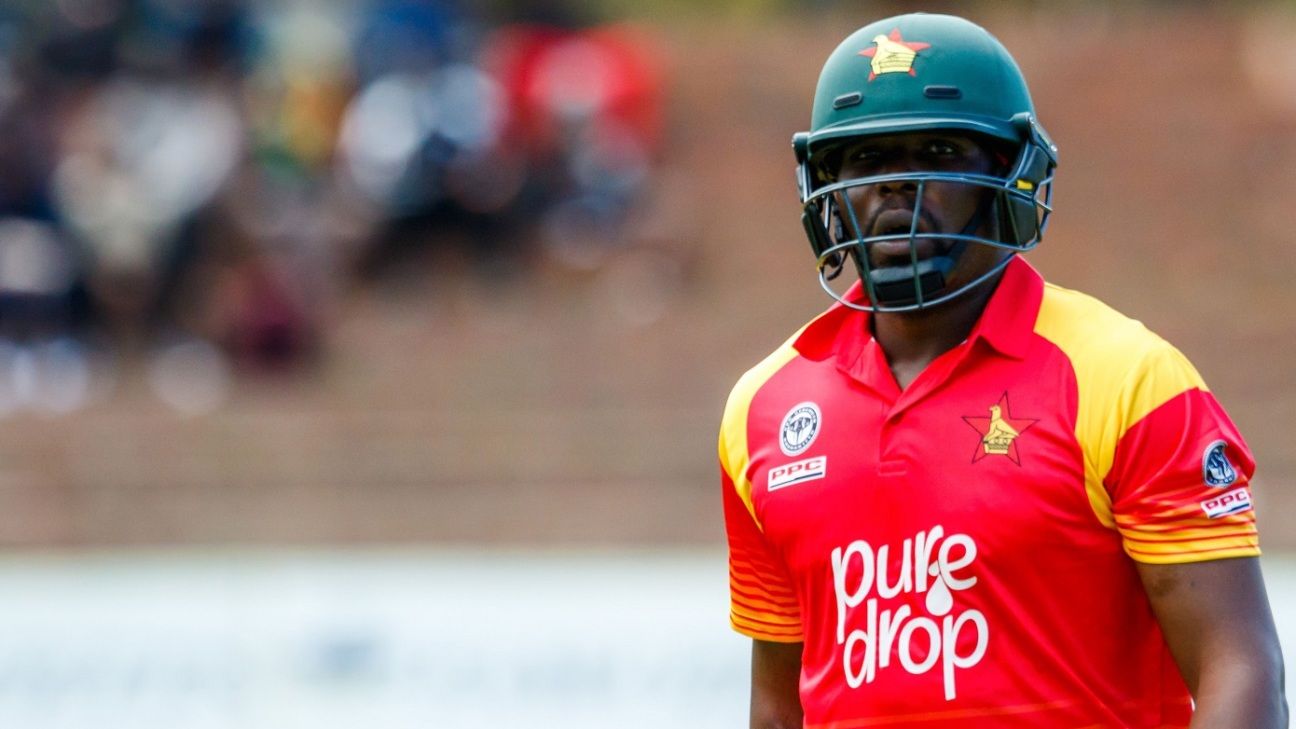 Zimbabwe captain Hamilton Masakadza has written to sports minister Kirsty Coventry to ask for “urgent intervention” after Zimbabwe Cricket’s suspension by the ICC. Masakadza’s letter follows similar communication from women’s captain Mary-Anne Musonda, who had asked the minister to step in and resolve the apparent impasse between Zimbabwe Cricket (ZC) and the Sports and Recreation Commission (SRC).

While it was the ICC’s perception of government interference that initially lead to Zimbabwe’s suspension, the leaders of both senior national teams have openly called for the government to step in directly to resolve the situation.

The ICC has ruled that the “unconditional” reinstatement of ousted chairman Tavengwa Mukuhlani’s board is required to end the suspension, and both Masakadza and Musonda have thrown their weight behind this solution.

“It is important to note that ICC, as the world cricket governing body, has made its ruling and at this stage it is pointless to argue whether they were right or not,” Masakadza wrote in a letter addressed to Coventry.

“We implore you to get the SRC to give the game a chance and reinstate the recently-elected ZC board,” Musonda had written in her letter to Coventry. “Police action, anti-corruption action all that can always be done while we are playing and those found on the wrong side can then be arrested. As for now only one decision needs to be made: reinstatement.”

The captains’ letters follow the statement from the SRC earlier this week, in which it insisted that it was up to ZC to ensure an end to the suspension, and that “SRC and the interim committee are not required to do anything” in terms of the ICC’s directive.

“The SRC expresses its total confidence in the ability and willingness of the suspended Board members of ZC in ensuring for an outcome that is in the best interests of Zimbabwe’s cricket, particularly the players themselves, in the shortest time possible,” SRC’s statement had said, leaving the situation deadlocked as it placed responsibility for action on Mukuhlani and his board.

Masakadza detailed the “catastrophic” effects of Zimbabwe’s suspension, emphasising the human cost of the sanctioning and warning of the dire consequences for cricket in the country should Zimbabwe not comply with the ICC’s directive. He also bemoaned the power struggle that has put Zimbabwe in this position, and hinted at a rift within the national team.

“At this stage the whole issue has regrettably been reduced to a contest of who has the strongest argument or who has the power, when what is at stake are human lives and the very future of the game.

“I wish to have it on record that our meeting last week was the first official communication by the Zimbabwe senior men’s team since the suspension of the ZC board by the SRC. I am doing this because it has come to my attention that there are some players who have been making statements saying they are speaking on behalf of the team. Their actions are divisive and in fact compromised change-room harmony during our tour of Netherlands and Ireland,” he wrote.

Masakadza added that he would like to “dissociate the team from the actions of those players who were seen at the ICC meeting in London,” adding weight to a rumour that at least two players tried to talk directly to the ICC at their board meeting.

While the Zimbabwean players who agreed to speak to ESPNcricinfo about Masakadza’s letter – on condition of anonymity – were united in their desire to be able to play cricket for Zimbabwe again as soon as possible, the response to the full contents of this letter was mixed.

One player said that Masakadza’s comments about division did not fully represent what the squad felt, while another suggested that many were not even aware of the contents of a letter that Masakadza said was written on their behalf.

Another said that whatever was in the letter, Masakadza was simply trying to act to get Zimbabwean cricket back on its feet and that many players agreed with most of the contents of the letter. Masakadza himself had not responded to ESPNcricinfo’s request for a comment on the letter at the time of publication.