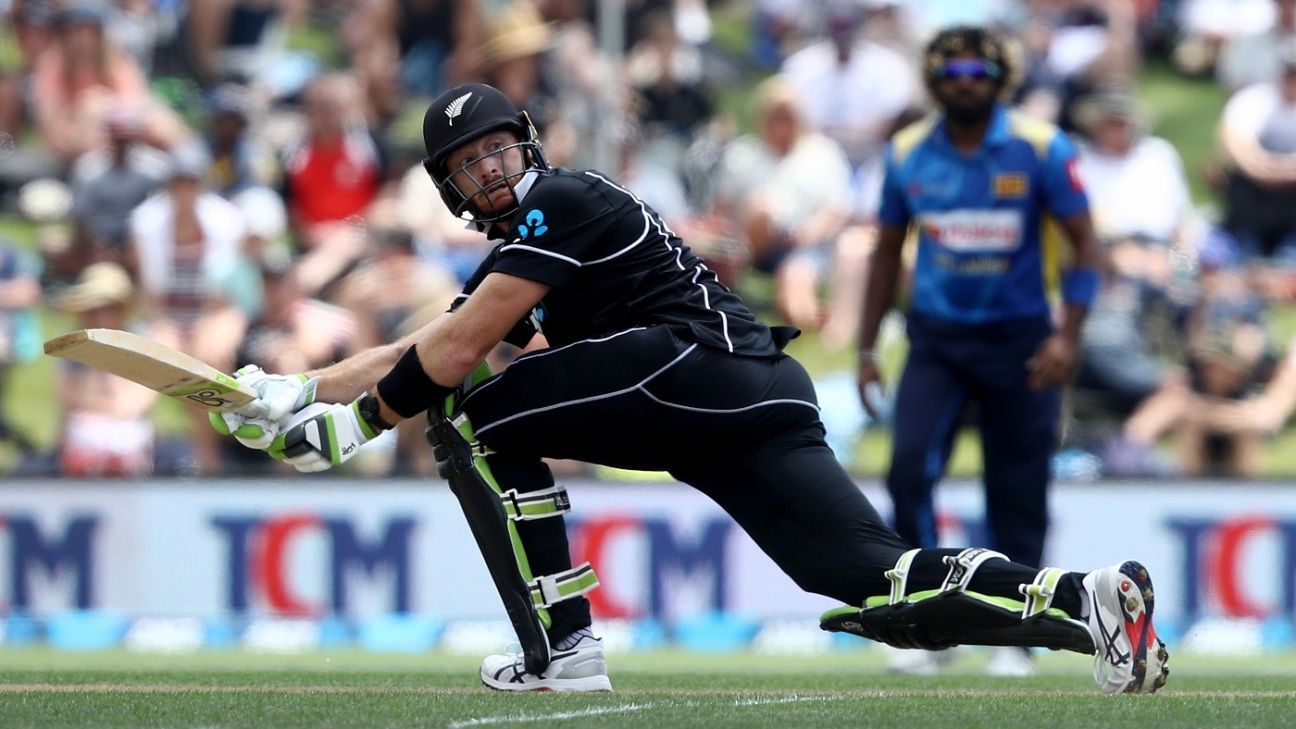 Martin Guptill is in line to return to New Zealand’s one-day side following a back injury after being named in the squad to face Bangladesh. His comeback could leave Colin Munro just one more chance to push his World Cup claims when he replaces rested captain Kane Williamson for the third match of the series.

Munro was dropped for the fourth ODI against India but earned a reprieve in the final match of the series when Guptill went down with a disc injury which also kept him out of the T20I series. Now, however, if Guptill comes through a final fitness test before the first ODI against Bangladesh on Wednesday it appears the selectors have their preferred pairing in him and Henry Nicholls at the top of the order.

“We’re delighted to have Martin back on the park for this series; he’s a world-class player and an integral part of our one-day side,” selector Gavin Larsen said. “He and Henry did a good job opening up in Hamilton against India and they’re a combination we want to see some more of in this series, before Colin returns to the top for the third game with Kane resting.”

Williamson’s absence for the final match of the Bangladesh series is part of a pre-planned rest for a player who is key in all three formats for New Zealand. Tom Latham will captain in his absence.

Jimmy Neesham and Todd Astle have been preferred in allrounder and spin-bowling positions ahead of Ish Sodhi and Doug Bracewell as the selectors continue to assess their options ahead of the World Cup.

“Todd’s another who is returning from a knee injury and after getting limited opportunities against India, we’re keen to see more of him in this series,” Larsen said. “Jimmy’s impressed us with the bat this summer.”

A full-strength pace attack has been named with Tim Southee, Trent Boult, Lockie Ferguson and Matt Henry all included. There is some debate around Southee’s position following diminishing returns in one-day cricket and he played just one of the five ODIs against India.

There is no place in the squad for wicketkeeper-batsman Tim Seifert who struck a superb 84 off 43 balls in the first T20I against India. One of the decisions the selectors need to make as whether to take a back-up wicketkeeper in their final World Cup squad or use Nicholls.