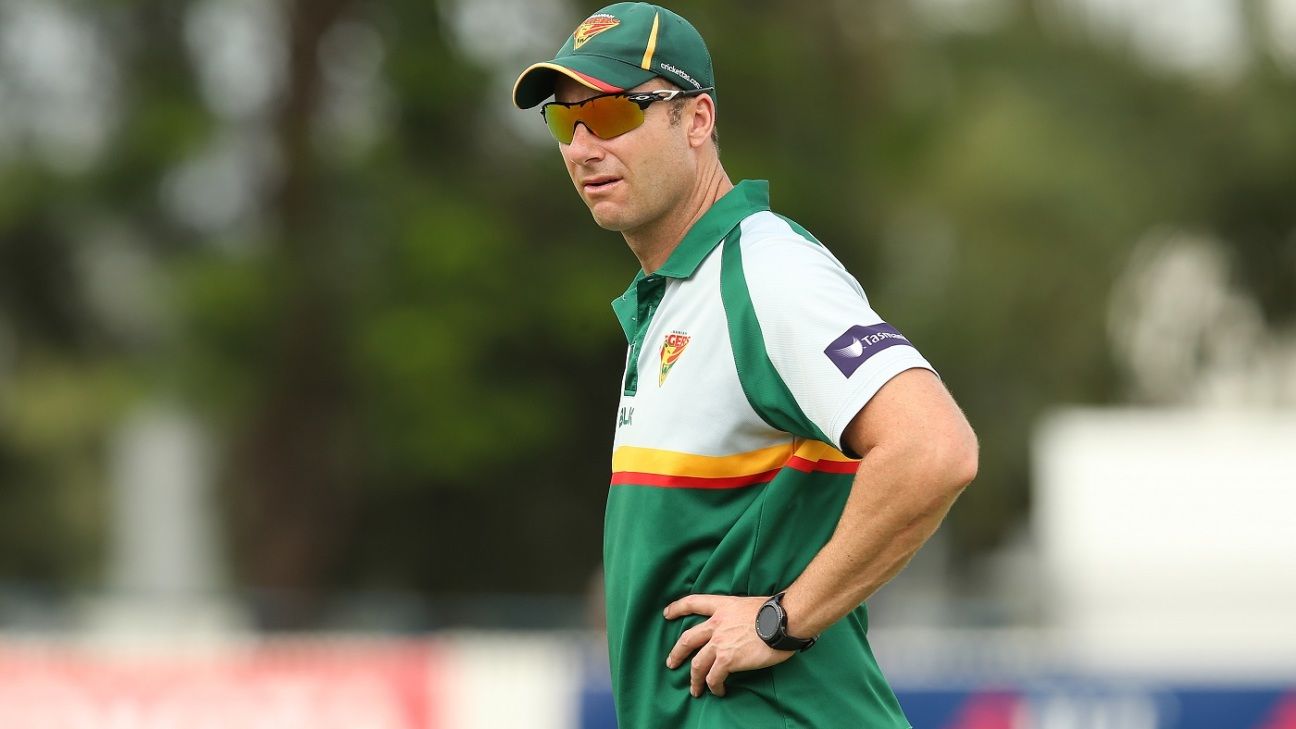 Tasmania’s coach Adam Griffith will resume a previous partnership with Justin Langer as part of a stopgap solution to the hole left by David Saker’s decision to quit as Australia’s bowling coach at the start of a year containing both a World Cup and an Ashes campaign.

Griffith will take leave from his role with the Tigers and the Hobart Hurricanes to work as bowling coach during the World Cup, before returning home to manage the remainder of the state side’s pre-season programme. The experienced bowling coach Troy Cooley will take Griffith’s place for the Ashes. Cooley has been part of the coaching staff for both England (2005) and Australia (2006-07, 2009) during past Ashes campaigns and is currently working with the ODI team in the UAE.

The addition of Griffith, alongside Ricky Ponting as batting coach, will mean that Langer is joined by two key allies during the World Cup leg of a long and arduous tour, after he and Griffith worked together with Western Australia and the Perth Scorchers. However the short-term nature of the appointments reflects the jumble of contracts and positions that was bequeathed to Langer following the Newlands scandal 12 months ago.

Darren Lehmann’s decision to resign as head coach in the midst of the scandal, with a contract due to run until the end of this year’s Ashes series, left Saker, Brad Haddin (fielding coach) and Graeme Hick (batting coach) all working with a different mentor while also being contracted through to the end of the series in England. Saker chose to get out of the environment at the conclusion of the home Test series, after the paceman Mitchell Starc had pointedly praised the New South Wales bowling coach Andre Adams.

While Langer has wished to be surrounded by the likes of Ponting and Simon Katich, Griffith was taken on board after the role was offered to state coaches as a personal development opportunity, with some additional payment on top of their existing contracts with the states. CA’s chief executive Kevin Roberts has stated previously that he wants to see the state system utilised more frequently as something of a farm system for national-team coaches.

“We reached out to the coaches working in Australian cricket and received expressions of interest from a strong field of candidates and through the process Adam and Troy emerged as the clear stand-outs for these secondments,” Cricket Australia’s interim team performance manager Belinda Clark said. “Adam and Troy have extensive coaching experience, which we believe will help support our players to best prepare and perform in the upcoming campaigns. We would like to thank Cricket Tasmania for releasing Adam for this period.

“At the completion of the World Cup and Ashes Series we’ll review the overall coaching structure and assess the best path moving forward based on the upcoming schedule, player needs and team direction under Justin.”

At the end of the Ashes, Langer and CA will have the chance to take stock of their options after the first 18 months of the head coach’s four-year contract, with the distinct possibility that he will handpick a fresh support staff at that time. CA is closing in on the identities of new team-performance chiefs, splitting the sprawling role previously held by Pat Howard into two distinct parts.

Following Australia’s fifth ODI win in succession, over Pakistan in Sharjah, Langer expressed satisfaction with the appointment of Griffith, albeit in a short-term capacity. “We are fortunate to have Adam join us for the World Cup, and Troy continuing with us for the Ashes Series in England,” Langer said. “I’ve worked with Adam in the past at the WACA and have been pleased with how hard he’s worked to establish himself as one of the best young coaches in Australia.

“While his primary focus will be on preparing our fast-bowling group for the physical and mental demands of a World Cup in England, he’ll also be a great educator and mentor for our entire squad. Troy has been with us for our successful tour of India and the current tour of UAE. He’s been a fantastic addition to our coaching team, and brings a great wealth of knowledge, experience and success having coached Australian and England teams in England. His focus will be to prepare our Test bowlers for what’s shaping as an exciting Ashes Series in tough English conditions.”