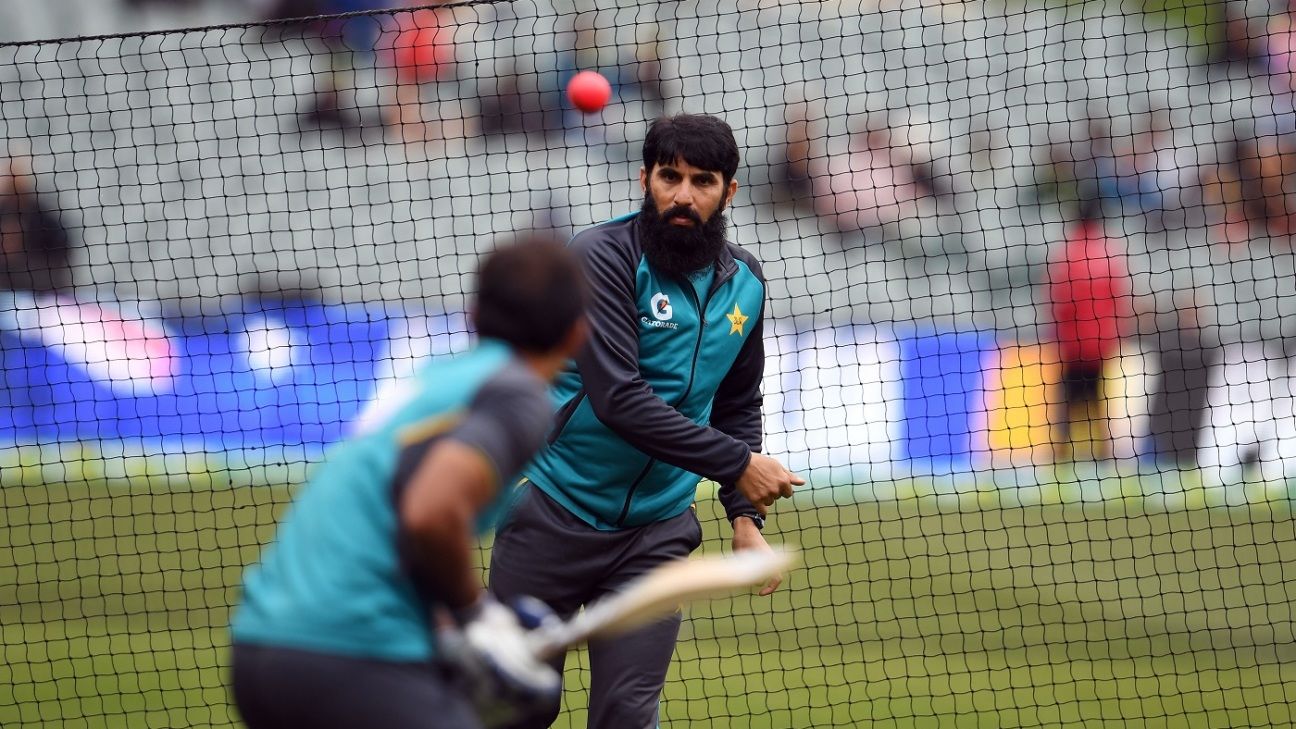 With Bangladesh reportedly unsure of travelling to Pakistan to play Test cricket – though they are happy to play T20Is – the efforts to make the country a regular stop on the international circuit have hit a bit of a hurdle.

Misbah-ul-Haq and Azhar Ali, speaking after Pakistan beat Sri Lanka in the second Test in Karachi to win the series 1-0 on Monday, were unequivocal in their displeasure with Bangladesh’s reported stance, with the head coach and chief selector calling it “a great injustice” and the Test captain saying “there is no excuse not to come”.

“It’s very important to have this (Test cricket) going on. It will be a big disappointment for Pakistan if they (Bangladesh) do not come,” Misbah said in a press conference. “There is no excuse at this stage and making security a pretext is lame, because when international tours are happening, teams [are] coming and playing here, even you are agreeing to play T20 and refusing Test is something beyond my understanding.

“I don’t see any reason. To me it’s just an excuse and nothing else. It will be a great injustice to Pakistan because already [we are] playing less Test cricket and we want more Tests on a regular basis. If this (Test series) doesn’t happen, we will be playing our next series in England after a long gap. Then we can’t blame our players – like Azhar Ali returned back in form after a long span and then again he has to wait for another four months playing nothing. He will be disadvantaged. It will again feel like a debut on the next series. Our players need to play continuous cricket.”

According to the ICC future tours programme, Bangladesh are scheduled to play two Tests and three T20Is away against Pakistan in January. But, as ESPNcricinfo has reported, the BCB has asked for the Tests to be shifted to a neutral venue, a suggestion the PCB turned down immediately, questioning the rationale of the stance, coming as it did during Sri Lanka’s Test series in Rawalpindi and Karachi, which has passed without incident.

According to the PCB, it sent its last correspondence to BCB last week, and there has been no response since.

“I’m sure the PCB is looking at this, but I don’t understand what the reason for not visiting could be,” Azhar said. “This is the ICC World Test Championship. Lots of teams have come and gone, we’ve had several PSL matches here. The World XI side came and major current players have played here. Most special of all, the Sri Lankan team has come and played not just one, but two Test matches. If teams aren’t going to support each other here in Asia, and cricket boards in Asia don’t support each other, then where will we end up?

“We play very little Test cricket anyway, and I’m sure Bangladesh don’t play many Test matches either. So we must support each other and I would urge the ICC to step in because there is no excuse not to come. Things are running so smoothly, and the crowds are coming here. Everything is running perfectly and we’ve seen quality cricket, so I don’t think there can be any excuse.”

The PCB has been working actively with the ICC’s independent security consultants, and has hosted a good number of matches involving international players and teams over the past three years. The next tour of the country that has been confirmed is one by an MCC team, to be led by Kumar Sangakkara, next year, while the entire PSL will be held in Pakistan too, across four venues.