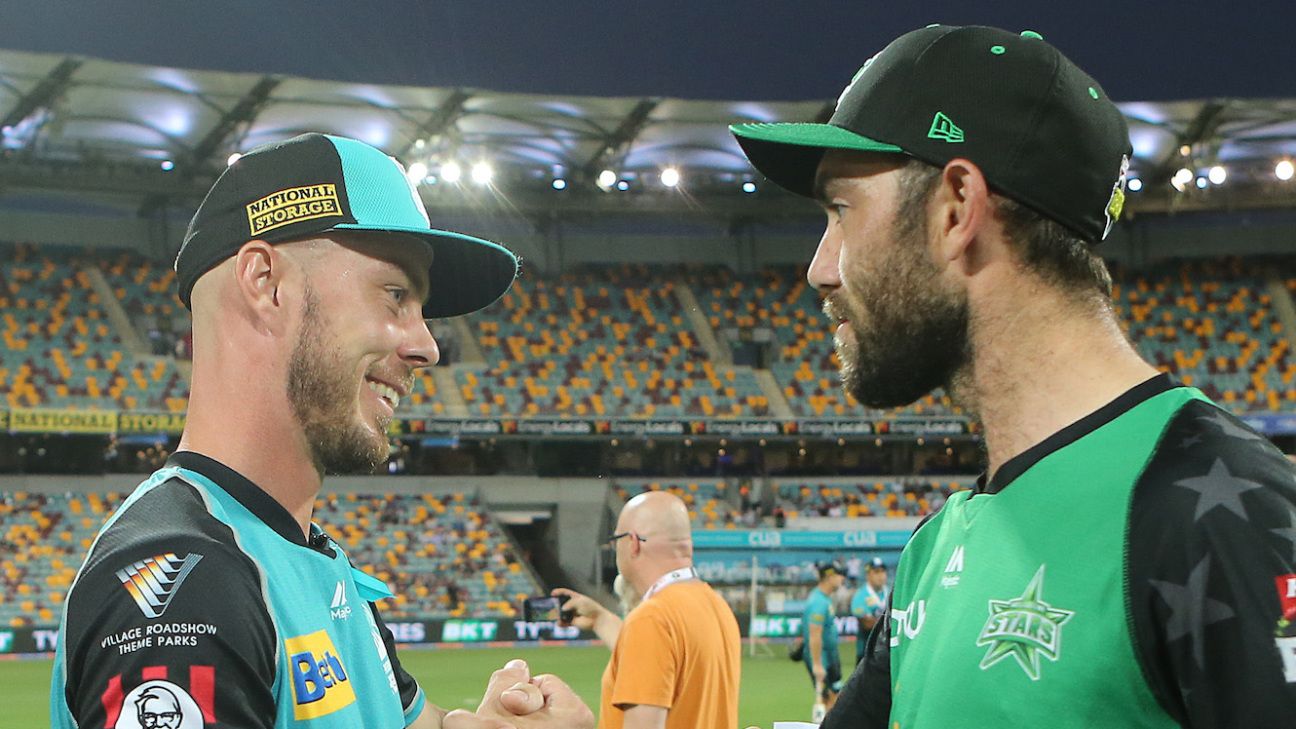 A shiver went through Chris Lynn when he heard the news that his close friend Glenn Maxwell would be taking time away from the game for his mental health.

Lynn, who only became aware of the development when he left the field at the end of the Cricket Australia XI match against Pakistan at Bankstown Oval, spoke of his shock and added that the entire country would be behind Maxwell.

“It sends shivers down my spine when you hear something like this, Glenn’s a close mate of mine,” he said after the match. “When one man goes the whole team feels it; but I think the whole of Australia feels it. What he’s got to realise is that, as men, we don’t speak up enough about it so I’m really proud that he’s really come out and assessed that cricket isn’t for him right now.

“He has to realise there are 25 million people from Australia behind him and that’s the main thing. Whatever we can do, whether it’s more or less, we’ll be there. I wish him all the best, if he needs me I’ll be there.”

“I feel for the bloke and just hope he can bounce back because over the last week we’ve seen how good he is. Cricket will have a big dent with him sat on the sidelines, but I don’t want him to rush at all.”

As Justin Langer did when speaking in Melbourne, Lynn talked about the pressures faced by professional cricketers and that what is on public display may only be a fraction of what is going on for a player.

“A lot of people think it’s a gravy train, play for Australia and get to travel the world but there’s a lot of hard work beneath the water that people don’t see and the mental toughness that a lot of cricketers have to show is next level.

“It’s a good thing for cricket he has spoken up, there are organisations who can help out. I’ve no doubt his friends and family will be most important right now. We are seeing a number of people taking a break from the game, but as I said it’s not all gravy, it’s a big iceberg and sometime we only see the tip of it.”