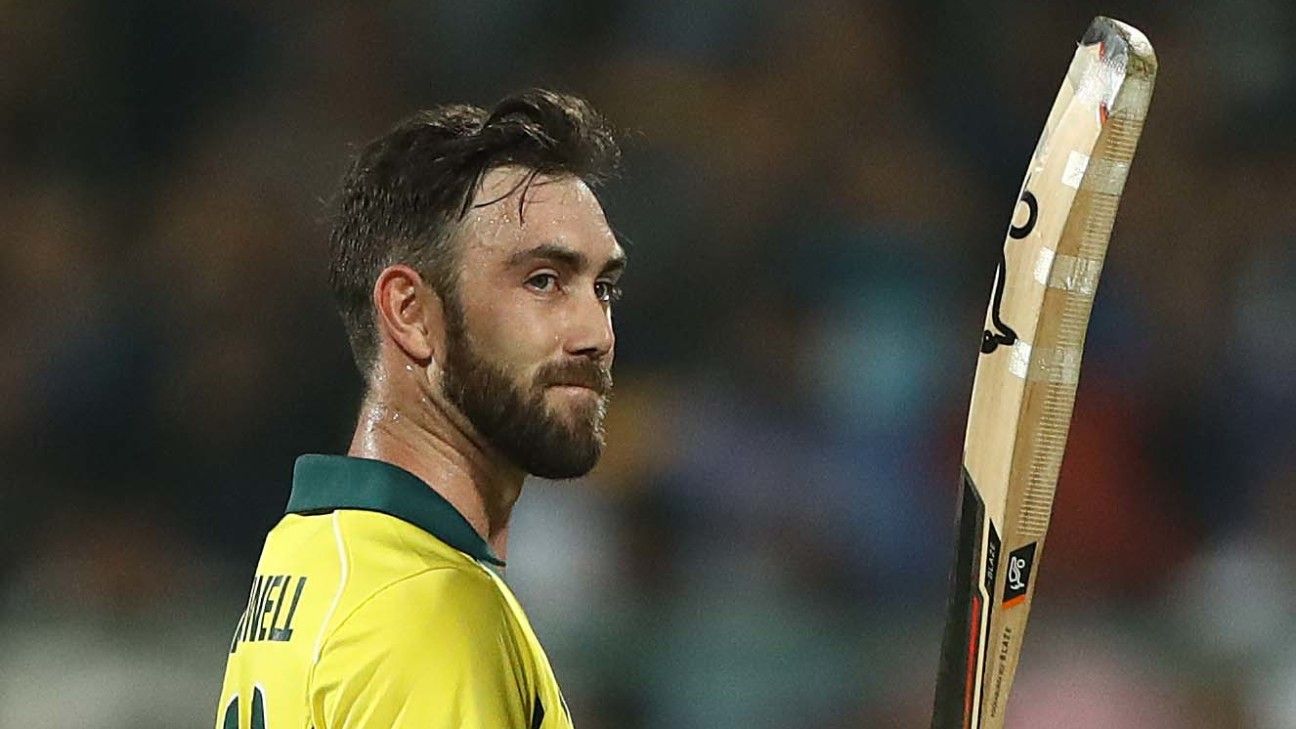 Glenn Maxwell has stressed his desire to bat higher up the order for Australia’s ODI team in the run to this year’s World Cup in England, pointing out that coming in with 15 overs to go in a T20 innings is a world removed from the same scenario in a 50-over match.

Entering the fray in the fifth over of Australia’s T20I chase against India in Bengaluru on Wednesday night, Maxwell carved out a sublime unbeaten century to ease the visitors to their target with useful assistance from D’Arcy Short and Peter Handscomb. Both these players appear destined to occupy spots higher up ODI order than Maxwell, who in recent times has been shunted down to No. 7, with the expectation that he can then attack without fear or favour.

But in assessing his chances of moving higher up the order in the team coached by Justin Langer, Maxwell argued that it was unrealistic to expect similar things from him facing a far older ball on a drying, slowing pitch in the ODI series to follow, relative to the surface he was able to take advantage of to win Australia their first bilateral T20 series against India.

“Even when I came in tonight, there were 15 overs to go, I think,” Maxwell said. “That’s still 15 overs to bat and I was able to get 100, so even if I’m doing that at No.7 or No.6 it doesn’t really matter. I suppose it’s just about me making the most of opportunities when I do get them.

“Sometimes it’s not easy over here to come in at the end and just go like that because the ball is a lot older, guys are bowling death at you from the start and the ball’s spinning, the wickets deteriorate a lot quicker over here and even tonight at the end of the game I could see the wicket start to dry out and there were scuffs all over it. In one-day cricket that’s a lot further into the game and it’s not as easy to go at the end.

“So it’d be nice to bat higher, but there’s obviously a lot of well-credentialed players in our top four and top five that thoroughly deserve their spot. So if an opportunity does come up, I’d love to take it.”

There was a significant nod to the schedule of the back end of the Australian summer, as all leading players had the opportunity to take part in the closing rounds and finals of the Big Bash before flying to India. Maxwell pointed to this continuity in format, alongside the fact he had been allowed to settle into the No. 4 T20 spot over the past year or more, for why he was now consistently dominating for Australia in the shortest form.

“I think the fact we played a lot of Big Bash heading into this, having a lot of T20 cricket you have a pretty good idea,” Maxwell said. “I’ve been batting at No. 4 for the Stars, I’m familiar with my role, coming in at two down in the T20 side for the last 12 months, it’s a consistent role for me.

“I think once you get that consistency of role, you start to see consistency of performances and I think that’s probably what’s led to this, and the Big Bash before that gives me a bit of confidence coming into this tour and I think the conditions today were really nice for batting.”

As for whether the approach taken in Bengaluru could be replicated in ODIs should he be permitted to bat in the top four or five, Maxwell noted that for most of his innings he was not trying too hard to manufacture shots that were not made readily available by the types of deliveries bowled to him.

“It’s just about picking my moments. I could tame it down a little bit, I don’t have to go as hard,” he said. “I feel like I’ve just been picking off balls that I can hit for boundaries. That was the pleasing thing today, I didn’t feel like I took too many ridiculous risks, I felt like I read the game really well and was able to hit the ball in areas where the fielders weren’t. I just felt today I had a really good read of the game and was able to stay one step ahead.”