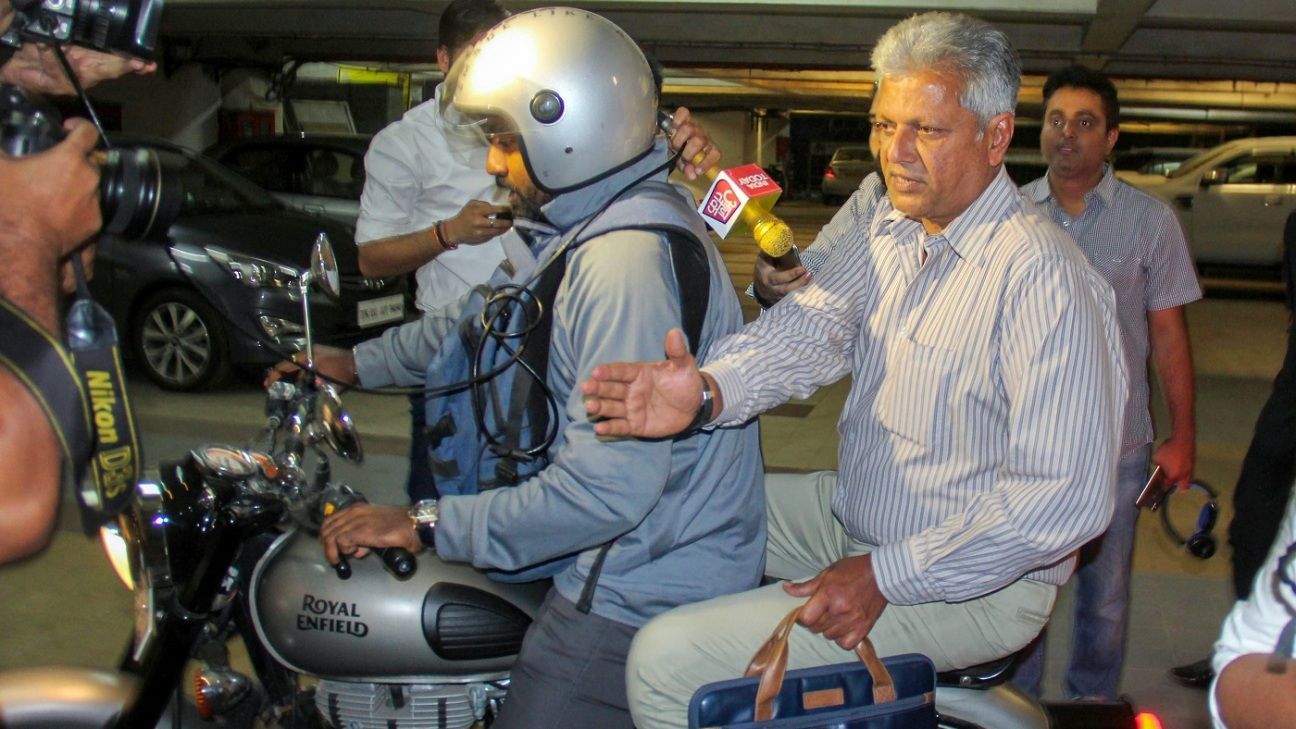 Diana Edulji, one of the two members of the BCCI’s Committee of Administrators (CoA), has written to the other member Vinod Rai seeking changes to several decisions around the appointment of WV Raman as the India women head coach. These include making Raman an interim coach and asking the Cricket Advisory Committee (CAC) to find a full-time coach.

Raman was appointed head coach on December 20, and is set to tour New Zealand with the team later this month. Edulji, who had opposed his appointment on the grounds that it did not follow the required processes, wants him to go on the tour on his old contract as the National Cricket Academy (NCA) batting coach. That contract expires in June.

In her email to Rai, sent on Thursday night and accessed by ESPNcricinfo, Edulji writes: “…it is prudent to let WV Raman go as the interim coach on his old contract which is valid till June 2019 and let CAC do a fresh process to select a Coach.”

Edulji and Rai have publicly been at loggerheads for the past few months over multiple issues including the selection of the India women head coach. This followed the acrimonious falling-out between previous coach Ramesh Powar and the ODI captain Mithali Raj during the World T20 in the West Indies. Raj had aired her grievances with Powar in a letter after India lost the World T20 semifinal against England – for which Raj was benched – and Powar subsequently also wrote to the BCCI, claiming Raj had threatened to retire if she wasn’t given the opening slot.

Powar’s contract as interim coach expired on November 30, and the BCCI decided against giving him an extension in the wake of the controversy. Edulji and Rai, however, had sharp differences of opinion over how to appoint a new coach. Edulji wanted the CAC, comprising Sachin Tendulkar, Sourav Ganguly and VVS Laxman, to conduct the interviews as they had done before appointing the India men head coach. When the CAC said they would need some time, Rai appointed an ad hoc committee comprising Kapil Dev, Anshuman Gaekwad and Shantha Rangaswamy to select the coach. They shortlisted, in order of preference, Gary Kirsten, Raman and Venkatesh Prasad.

Kirsten was ruled out of the role since he was unwilling to give up his position as the head coach of the IPL franchise Royal Challengers Bangalore, and the committee chose Raman.

Edulji, in Thursday’s email, maintained that there had been no need to rush into appointing a coach, and that either Powar’s contract could have been extended, or an interim coach appointed, until the CAC was able to gather and select the coach as per the process followed for the men’s team. She described Rai’s decision to appoint an ad hoc committee and select a coach as “an illegal step”.

She also referred to the process by which Ravi Shastri had been appointed for his current term as the men’s coach. “The CEO & yourself in the past had changed/extended timelines for an individual who eventually became the Head Coach of Men’s team, then how is it that you have suddenly found it difficult to give time to CAC… or extend the contract of the coach Mr Ramesh Powar. Please recall the time when the Men’s team went without a coach to West Indies and late Doc [MV] Sridhar was asked to be with the team, as timelines were extended and CAC was allowed to complete its process of selecting a Coach.”

Shastri replaced Anil Kumble as the India men head coach in 2017, after it emerged during the Champions Trophy that year that Virat Kohli, the captain, had differences of opinion with Kumble. Initially, Shastri hadn’t put forward his candidature, but he applied after the deadline was moved forward. The Indian team travelled to the Caribbean immediately after the Champions Trophy for a limited-overs tour without a head coach, and Shastri was appointed only after the team’s return.