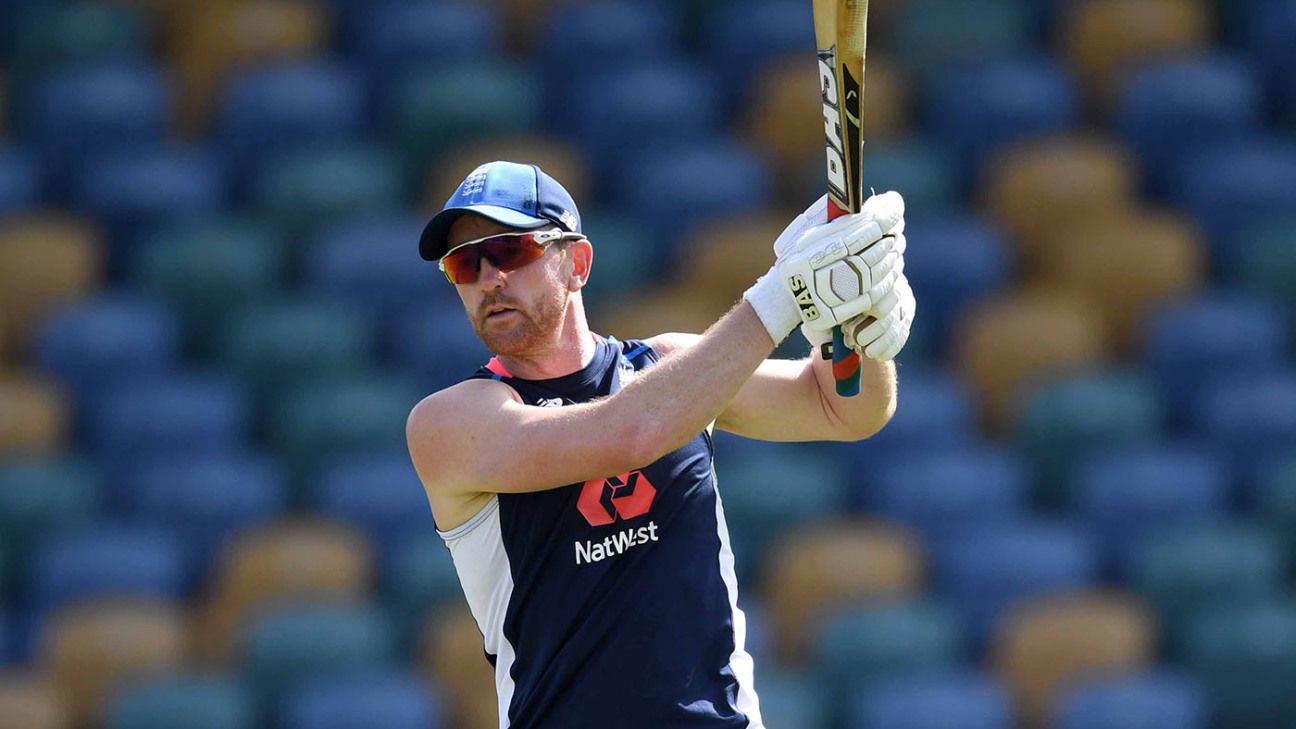 England look “99.9%” certain to appoint one head coach to succeed Trevor Bayliss. While the director of England men’s cricket, Ashley Giles, had previously hinted he was open-minded about splitting the role into two, covering limited-overs and Tests, he has now decided that appointing one coach will provide the “stability in culture and voice” that the teams require.

That head coach will be supported by three assistant coaches, however, who will all be capable of stepping up to take charge at certain times to ensure the head coach can be rested as required.

Giles has already taken the first steps towards implementing that structure by confirming that Paul Collingwood will join Chris Silverwood, the bowling coach, and Graham Thorpe, the batting coach, as part of the three-man assistant panel that will support Bayliss until the end of the World Cup in July.

“I’ll put my cards on the table,” Giles said in Barbados on Thursday. “My feeling’s now 99.9% that we should have one coach.

“One coach gives us stability in culture as well as voice. But I see it as one guy in charge – and prepared for time off – and three assistant coaches, not just one, that work together and help share the burden. We’ll see the start of that shape going into World Cup.

“Paul Collingwood will be involved in the World Cup, but he is not replacing Paul Farbrace [who leaves for Warwickshire next month]. I think having one assistant puts a lot of pressure on that person.”

While Giles insisted that no appointment was imminent – he confirmed he may hold “conversations” in the coming weeks, but that a formal process would not start for some time to avoid distracting from the World Cup or Ashes campaigns – he did hint that he would, in a perfect world, prefer an English candidate and suggested that Silverwood was a strong contender.

“Spoons [Silverwood] is a candidate, yes. Seeing what he did as head coach of Essex was remarkable. They were a bit of a shambles when he came and, in two years, he’d turned them round completely. And he’s got a nice way about him. He’s a tough bloke, with a fair amount of discipline, but he communicates really well. We know he’s capable.

“Being a head coach is a very different role from being someone we often call connectors. Paul Collingwood is a really good example of someone who connects really well with the dressing room. Some guys are really strong at that but don’t naturally lead well because it takes a different set of skills. But I think Chris Silverwood could do it.

“What we don’t want is this massive distraction of a process during the World Cup or the Ashes. Chris Silverwood, Paul Collingwood and Graham Thorpe are really highly thought of because they do their jobs really well and they’ve got to continue that. But the whole focus for the team has to be on this summer and my job is to remove some of that interference.

“The nationality of the head coach doesn’t matter. We need the best bloke to do it. But it would be nice at some point for us to have an English head coach. We’ve had one absolute head – I was white-ball head – in 20 years and he [Peter Moores] has done it twice. That’s not great for our coach development. But the coach doesn’t have to be English. We’ve got to get the right man for the job.”

Giles also admitted that, such had been England’s focus on white-ball cricket in recent years, there may have to be a recalibration to ensure Test cricket received the attention it deserves.

“We’ve still got a long way to go as a Test team,” he said. “There’s been a lot of focus on our white-ball cricket and that’s been the right thing to do but, given the importance to Test cricket and the World Test Championship to us, we do need to swing that pendulum back nearer the middle.”