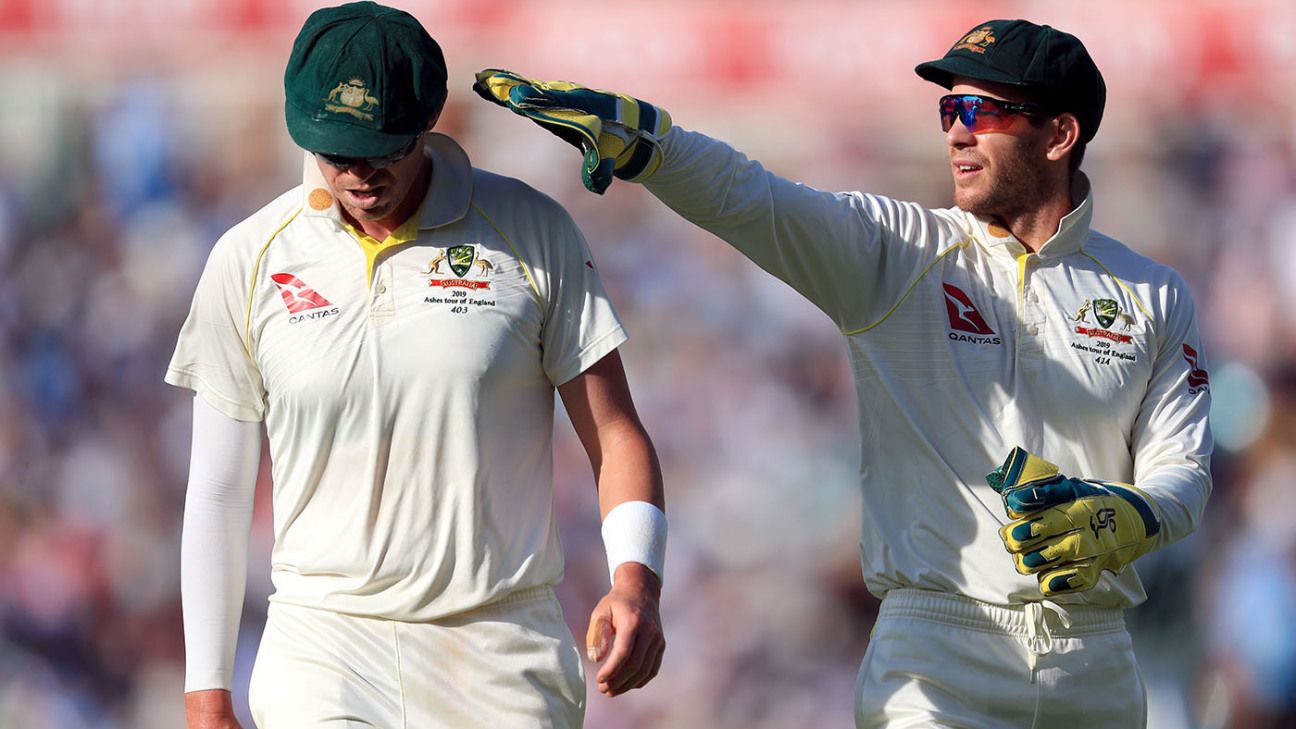 Paine’s batting form in the Ashes – one fifty from ten innings at an average of 20 – has led to concerns about whether he merits selection in Australia’s first-choice Test XI, with Alex Carey waiting in the wings. Gilchrist’s comments echoed those of Cricket Australia chief Kevin Roberts, who unequivocally backed Paine to “continue leading from the front the way he has done so far”.

Speaking at an event in Mumbai, Gilchrist rated Paine as being “on par with anyone in the world as gloveman”, and said he has done a “wonderful job [as captain]” since he took over from Steven Smith after the events in Newlands.

“[If you look at] what he took on, when he took it on, he in partnership with [coach] Justin [Langer] and all the players have done a remarkable job over the past 12 months to just get a nice, stable balance back. I can’t see any rush to push him out, as long as he’s still performing, like we all had to, to stay in the team. Like every other player, he’s got a hold of his spot in the team as being selected as the best available option for that player type. I think he’s doing a wonderful job [as captain].”

Gilchrist, who works as a Fox Cricket commentator, is also a notable mentor for Carey, who recently spoke to ESPNcricinfo about their relationship: “I’m fortunate enough to have a good relationship with him now and I guess through the Big Bash it probably started with him as a commentator and myself getting into the Strikers team. It developed from that. The funny thing with Gilly and I, we don’t really talk a lot about cricket when we catch up, which I think is a good thing as well. We have a great relationship away from the game, talking about footy, talking about family, rather than the skill sets on the field.”

Australia have had an unbeaten start to their home summer, winning all four of their T20Is so far, as they build up to the first-ever T20 World Cup on Australian soil, the only global tournament the men’s side haven’t won yet. Gilchrist is backing them to “start as one of the favourite teams” playing at home, “even though 12 months is a long time [and things can change]”. Asked to stick his neck out and predict a winner, he named “the usual suspects like India, England, Australia and New Zealand”, the same four sides from this year’s 50-over World Cup to make it to the semi-finals.

“I think Australia are really well placed seeing how they’ve started the summer. They love the conditions, they play well in the bigger grounds. We’ve got everyone available now and probably for the first time, Australia are looking to pick their best XI regularly [for bilaterals] rather than just for the World Cups. They’re probably still working out whether they should play two spin bowlers or one spinner with a batting allrounder like Mitch Marsh or [Marcus] Stoinis.

“Ashton Agar is doing a really good job, and if you look at all the successful bowlers in T20 around the world, they’re all spinners. Nine out of the top ten I think are spinners”. Australia have one of their own spinners, Adam Zampa, among the top ten, and Gilchrist is optimistic of their chances given “they’ve got a really well balanced squad” and “have time to work out” their ideal combination for the World Cup”.