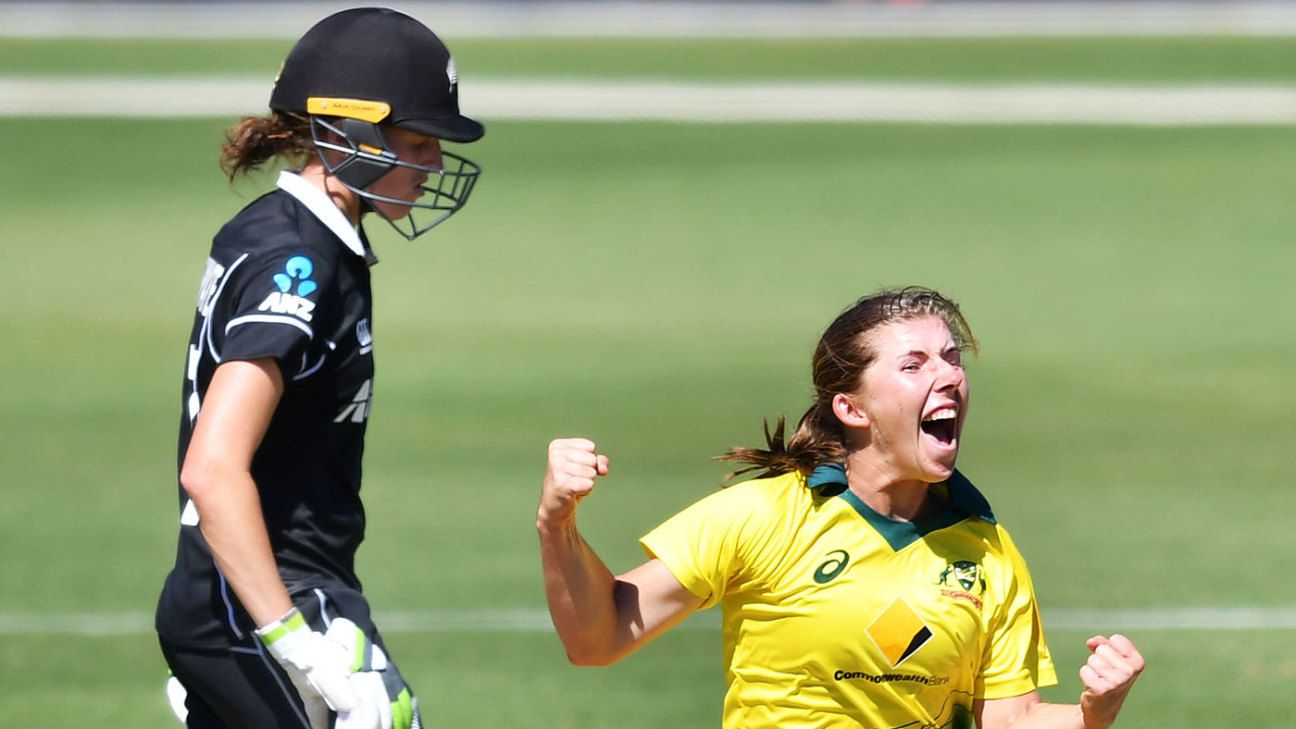 Legspinner Georgia Wareham has been awarded her first full Cricket Australia contract for 2019-2020, which includes the Ashes and T20 World Cup, after playing a key role in the team’s success over the past season.

Wareham took 2 for 11 in the T20 World Cup final against England having made her T20I debut against New Zealand in Sydney last September and over that period claimed 12 wickets in 11 T20Is.

She made her ODI debut against Pakistan in Kuala Lumpur and claimed six wickets in six matches over the season including consistent returns in the Rose Bowl series against New Zealand.

Wareham replaces fellow legspinner Amanda Jade-Wellington as the one change from 2018-19 contract list.

“Overall there has been minimal change in the CA Contract list, which we believe is a good sign,” national selector Shawn Flegler said. “Georgia Wareham was upgraded onto the list during the season and has been rewarded with her first full contract

“Amanda-Jade Wellington misses out on a contract after losing her spot in the side earlier in the season. Amanda-Jade is aware of what she needs to improve to put herself back in contention for selection and her first opportunity is through the NPS Program.”

Wellington is joined in the National Performance Squad by Tayla Vlaeminck and Lauren Cheatle who played for Australia over the last season. Rachel Trenaman and Annabel Sutherland, who are both 17, will be part-time with the NPS while they continue at school.

Players not included in the full contract list are able to earn upgrades during the season if they make international appearances as was the case with Wareham over the 2018-19 campaign.

The 2019-2020 season will see Australia head to England for the Ashes series before defending their T20 World Cup title on home soil in the tournament which takes place next February and March.