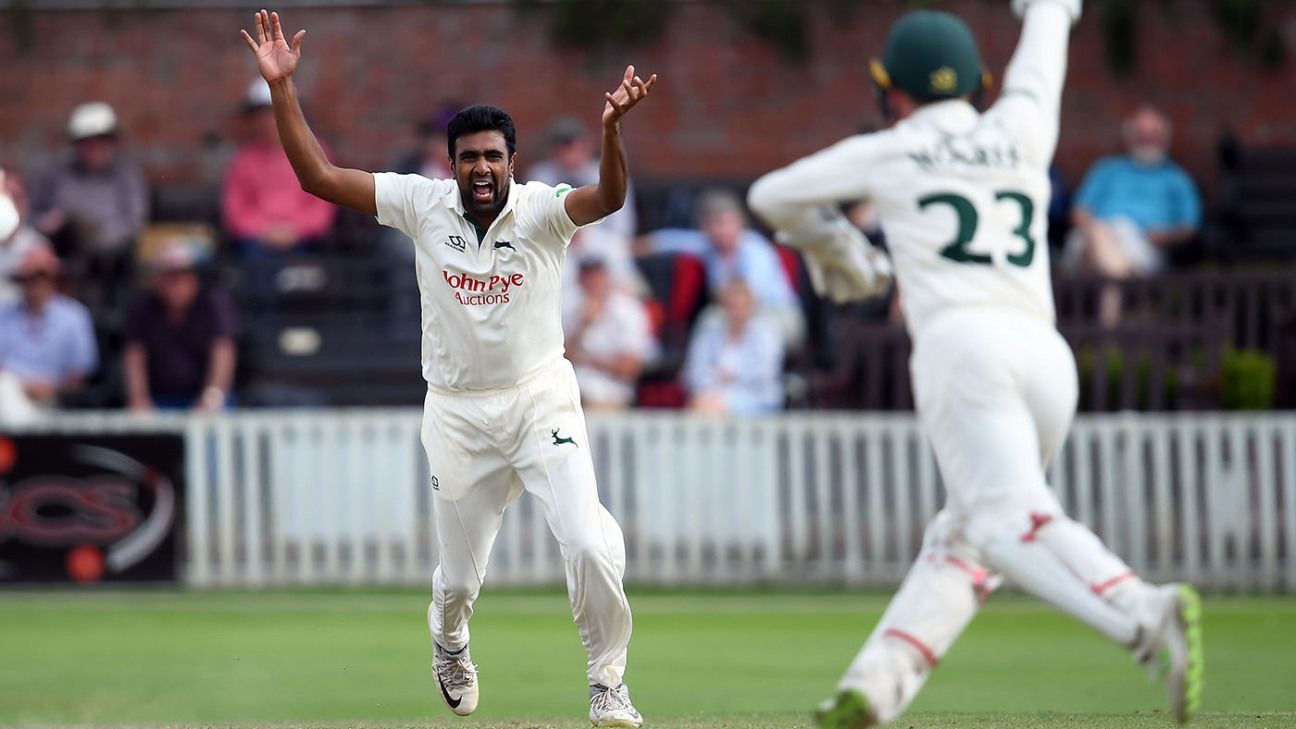 R Ashwin‘s exclusion from India’s starting XI in the Antigua Test has left former captain Sunil Gavaskar stunned. This is now the fourth straight Test Ashwin has sat out of after missing the last three in Australia with injury. Ashwin did miss the first innings of the tour game with flu-like symptoms, but was available for the second innings and the Antigua Test.

Ravindra Jadeja, who is the lone spinner in the Test, bowled 12 wicketless overs in the first innings of the tour match and three in the second innings, for one wicket. While Ashwin has three left-hand batsmen in the West Indies top six to line up, it could be argued that the other eight were right-hand batsmen. This is not to say that it is the primary consideration if you know who your undisputed best spinner is.

Losing out in this race between himself, Jadeja and Kuldeep Yadav leaves Ashwin’s international career at an interesting juncture. He is yet to play international cricket for India this year. Already out of the limited-overs scheme of things, Ashwin has failed to finish India’s last two tours. In England, after a promising start, Ashwin lost his fitness in the fourth Test. In Australia, he played a crucial role both with the bat and the ball in India’s win in the first Test, but then lost fitness for the rest of the tour. After that Australia tour, coach Ravi Shastri had identified Kuldeep as their No. 1 overseas spinner.

Yet Ashwin remains one of India’s greatest match-winners in Test cricket: he holds the Indian record for Man-of-the-Series awards, and only six Indians have won more match awards than him. One of those series awards, and two of those match awards, came on India’s last tour of the West Indies, which is why Gavaskar was lost for words at the selection choice. “[The selection] astonished me,” Gavaskar said during commentary on Sony. “A man with that kind of record, especially against West Indies. He doesn’t find a place in this playing XI. That is stunning. Astonishing.”

In 11 Tests against West Indies, Ashwin has taken 60 wickets at 21.85, and has scored four hundreds to give him an average of over 50. In his last international match for India, Ashwin took three wickets each in Australia’s two innings and also helped rescue India with the bat from 120 for 6 on the first morning of the series. His Test career now stands at 65 matches for 342 wickets at 25.43 and 2361 runs at 29.14. He is the fastest in the world to both 250 and 300 Test wickets.