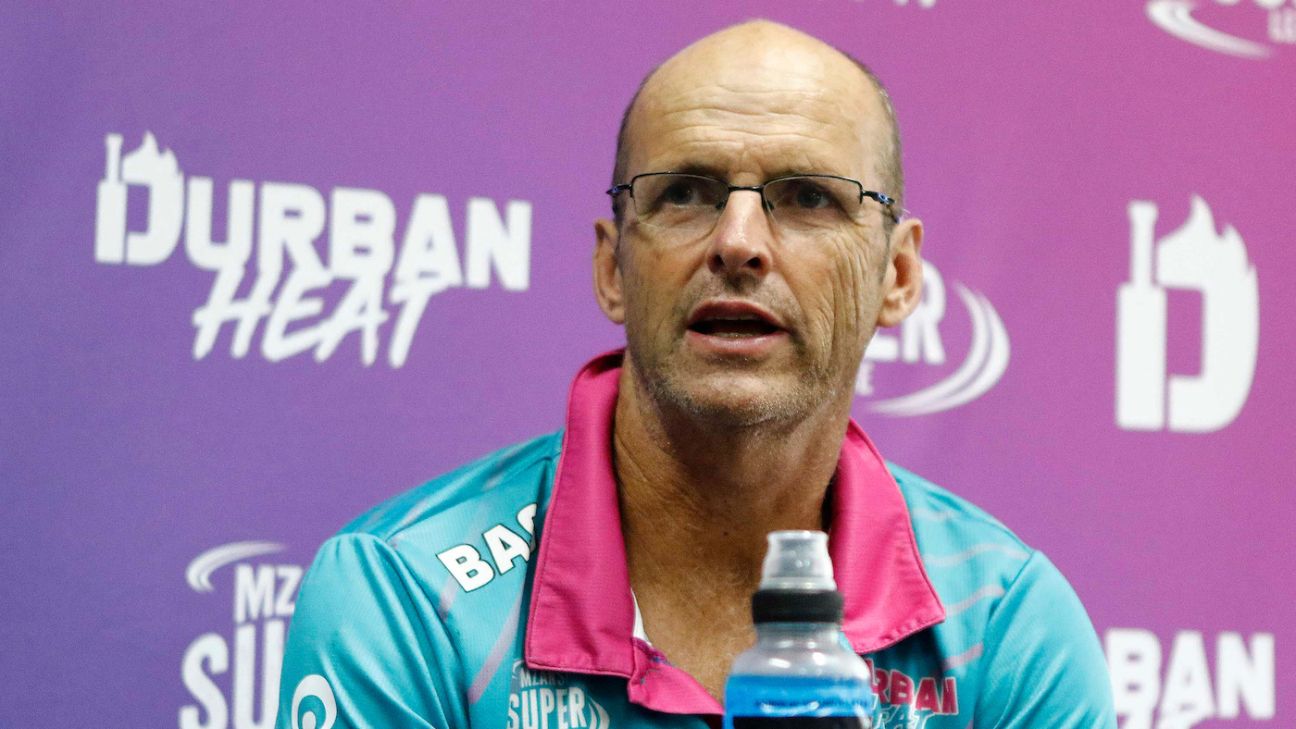 Gary Kirsten could be approached to step in as a mentor to interim team director Enoch Nkwe for the upcoming England series if a proposal sent to CSA by a group of senior officials is approved.

Nkwe was appointed interim team director ahead of South Africa’s tour to India, after only one season as a franchise coach. He had earlier worked with the South Africa A side and the Netherlands national side. He was provided with Vincent Barnes as bowling coach and Amol Muzumdar as a batting consultant for the games in India, but if permanently appointed, would be free to choose his own support staff. That, though, may not happen exactly as initially expected if the proposal to appoint Kirsten goes through.

The document – compiled by former CSA president Norman Arendse, Dr Ali Bacher, soon-to-be director of cricket Graeme Smith, Kirsten himself, and senior officials (whose names were not communicated to ESPNcricinfo) from the old South African Cricket Board of Control, which governed cricket played by non-white players during apartheid – made nine recommendations to restructure CSA following the current crisis.

Some of their suggestions are already in place, such as the appointment of Jacques Faul as acting CEO and a resolution for CSA to begin negotiations to smoothen its relationship with the South African Cricketers’ Association, which is currently strained by a court case over the proposed domestic restructure.

Among the other suggestions are the immediate reinstatement of selection convener Linda Zondi and his panel as well as lifting the suspensions on six staff members: interim director of cricket till recently Corrie van Zyl, COO Naasei Appiah, head of sales and sponsorships Clive Eksteen, finance manager Ziyanda Ntuli, procurement manager Lundi Maja, and administrator Dalene Nolan. The capacity in which van Zyl may return has not been stipulated, but it will not be in the director of cricket role, which Smith is expected to be confirmed for next week. Van Zyl had previously worked as CSA’s general manager of cricket.

“I would always be willing to help where people think I can add value. It would, however, have be part of a bigger process to the commitment to rebuild a solid system”

Kirsten confirmed to ESPNcricinfo that he hadn’t yet held any talks with CSA, but that he would be interested in helping South African cricket get back on its feet provided there was a bigger picture in place.

“I have not been approached by CSA but have been asked, by others, if I would be interested,” he said. “I would always be willing to help where people think I can add value. It would, however, have be part of a bigger process to the commitment to rebuild a solid system.”

Kirsten coached South Africa between October 2011 and July 2013, a period in which they became the No. 1 Test team in the world. He was in charge of a team that included Smith, Jacques Kallis and Mark Boucher, all of whom have been named among people that could be approached to assist the board this summer. ESPNcricinfo has been reliably informed that Kallis has shown an interest in a consulting role, while Boucher, who is the coach of the Centurion-based Titans franchise, could take on a bigger role at the national level. Jonty Rhodes is also being considered.

All this represents a return to South Africa’s old guard in a bid to bring stability to a system that has suffered a series of setbacks including the loss of a major sponsor in Standard Bank and the inability to sell television rights for its flagship T20 tournament, the Mzansi Super League, which will conclude on Monday. The competition has been broadcast on the free-to-air SABC, which only paid a token amount. CSA’s projected losses of Rand 654 million over the next four-year cycle has worried the likes of Bacher and Arendse, who fear the game may be damaged beyond repair.

Bacher was involved in meetings between suspended CSA CEO Thabang Moroe and Smith over the director of cricket role, while Arendse penned an open letter recently calling on CSA’s board to step down. Three independent board members resigned last week but president Chris Nenzani, two other independent directors, and six provincial presidents remain in place.