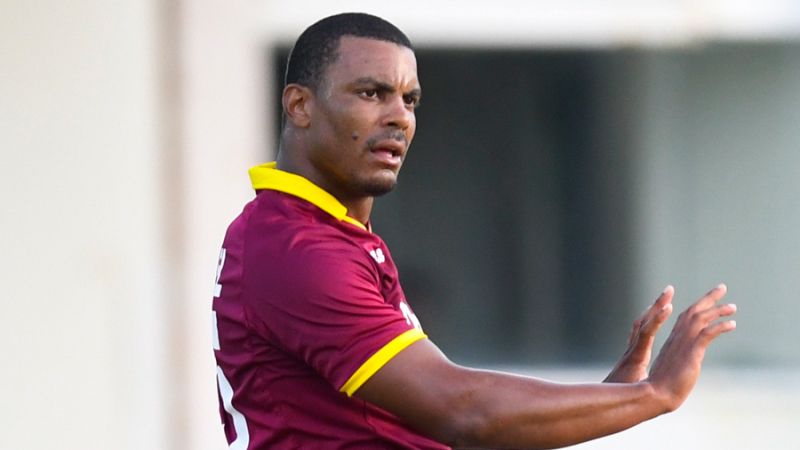 The squad was without Chris Gayle, Andre Russell, Carlos Brathwaite, Shimron Hetmyer, Oshane Thomas and Nicholas Pooran, who were all allowed to play the IPL in India.

“The selection panel consisted of interim Head Coach Floyd Reifer, Captain Jason Holder and interim Chairman of Selectors Robert Haynes,” CWI director of cricket Jimmy Adams said. “They have selected a squad to Ireland that allows a slightly wider pool of players to get 50-over experience in UK conditions which I think is very important. This is not the World Cup squad, as a number of players are not available for this series as they are still participating in the IPL.”

Haynes said the squad featured experienced players and those “who have been on the periphery of international cricket”.

“We are immediately implementing the new policy of having the best West Indies team selected based on availability, form and fitness,” he said. “The pace attack of Shannon Gabriel, Kemar Roach and Jason Holder will only serve to enhance the performances we expect from the team.”

Gabriel last played an ODI in December 2017 but has been West Indies’ top wicket-taker in Tests since the beginning of 2018. Ambris, who made his ODI debut in September 2017, was rewarded for his impressive run in the recent first-class competition; he scored 490 runs in 11 innings at an average of 49, with one century and two half-centuries.

Reifer has a Test under his belt and has been picking wickets in the first-class competition too. He collected 26 wickets for Guyana in six games, averaging 15.69, including a match haul of 9 for 42 against Barbados in February. Chase has played 11 ODIs so far, the last of which came in December 2018 in Bangladesh.

The tri-series will begin on May 5 with each team playing against each other twice before the final on May 17. All matches will be played in Dublin.