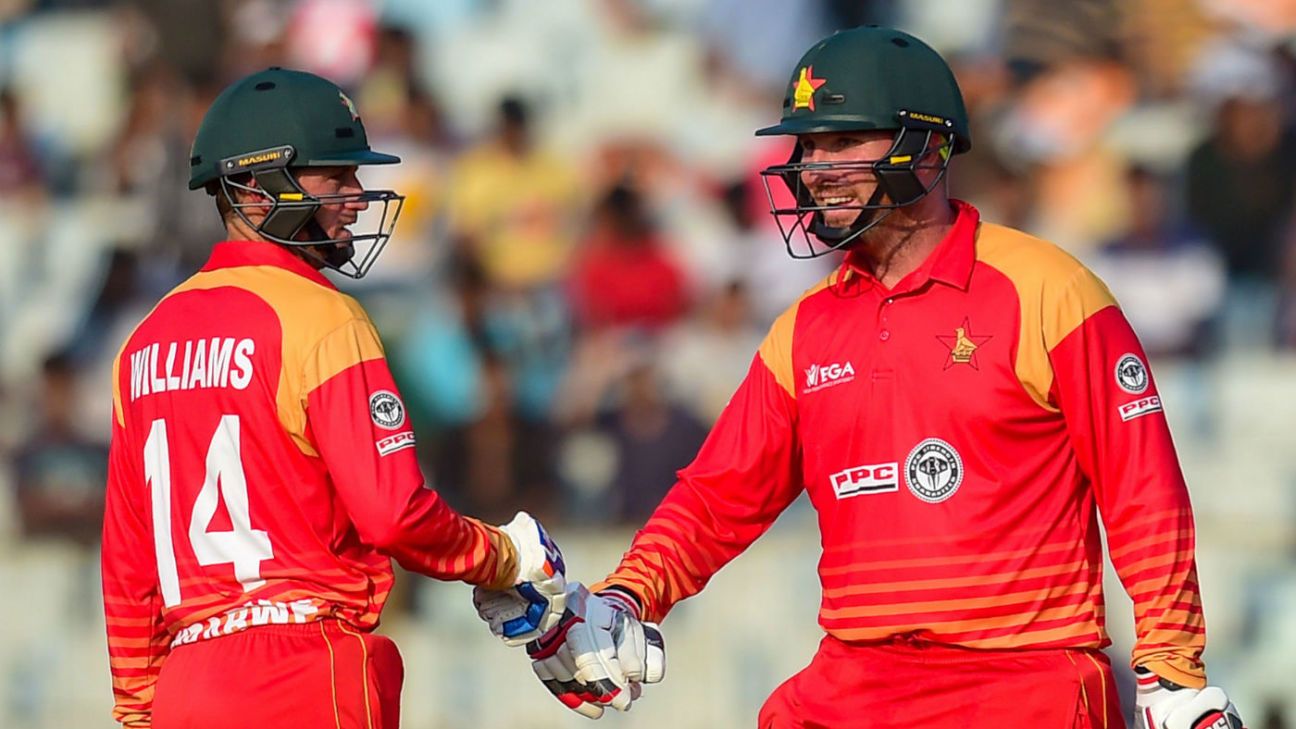 Zimbabwe Cricket has avoided what its board chairman Tavengwa Mukuhlani called a “disastrous,” situation by being reinstated as a Full Member of the ICC. Zimbabwe were let back into the fold after satisfactorily showing the ICC there was not outside influence in the running of its board.

ZC was banned in July for government interference into cricket administration. But following a meeting with the ICC top brass, Mukuhlani and the Zimbabwe Sports Minister Kirsty Coventry were able to remedy the situation.

As a result, Zimbabwe will regain access to ICC funds and their teams will be back playing ICC tournaments.

“It’s obvious that any further sanctions to what has been in place would have been disastrous in the country.” Mukuhlani said at a press conference in Harare on Thursday. “This means we will be able to settle outstanding salaries and match fees. We will now be able to run our domestic competitions while a lot of other development programmes already in place can continue.

“The ground for the future way in Zimbabwe Cricket will be debt-free and will not struggle to pay salaries, in future way our core business will thrive and see us consistently thrive for doing well in major global tournaments and series across all formats of the game.”

Thank you @ICC .There is a lot a relieved people in Zimbabwe.
Thank you to @ZimCricketv Chairman the @ZimbabweSrc Chairman and the Honourable Sports Minister @KirstyCoventry for their combined efforts throughout this process. https://t.co/Vzx4ByOBcY

ZC has had a lot of trouble becoming self-sufficient. It has previously been unable to pay its staff and has also been hit by player protests over non-payment of match fees. Much of this is because of an inability to generate enough revenue even while hosting international cricket, which is why ZC was keen to get back into the ICC fold and be eligible to share in the profits made by the global governing body.

Zimbabwe’s players, meanwhile, were happy to hear the news that they’ll be back at work soon.

Former captain Brendan Taylor and fast bowler Kyle Jarvis, who recommitted to his country after being a long-time first-choice pick in the English county circuit, tweeted their approval of the ICC’s decision, while Mukuhlani said “Our men’s team will join the ICC Super League from 2020 [the qualifying tournament for World Cup 2023] where they are considerably busy, counting down with the number of tours that are already lined up, starting with the home series against Sri Lanka sometime in January.”

Taylor, Jarvis and their team-mates now face a different challenge with Mukuhlani suggesting big changes are on the cards and that “no one is permanent in this team.”

2 years ago I moved back to play for @ZimCricketv loads of ups and downs but couldn’t be happier where I am ! pic.twitter.com/NvVbdxQHwp

“We have to have a culture of people who will fight to be in the team, and when they get the chance, they cherish and make the best of that chance,” the ZC chairman said. “We are not going to continue to have a situation where we have the same faces and the same results.

“We are obviously not looking to make wholesale changes as we definitely need some of the experienced to help the new generation find their feet in international cricket. While we are organising more games for our national teams across age-groups, we are also stopping at nothing to make sure our first-class and domestic competitions remain strong and competitive.”

The men’s senior team continued playing even during the three months their board had been suspended largely because they still had the right to arrange bilateral series with other cricket boards. That is how they went to play in Bangladesh, where veteran batsman Hamilton Masakadza wrapped up his international career. Mukuhlani said his focus was now to find more such top-class players at the grass-root level and bring them up.