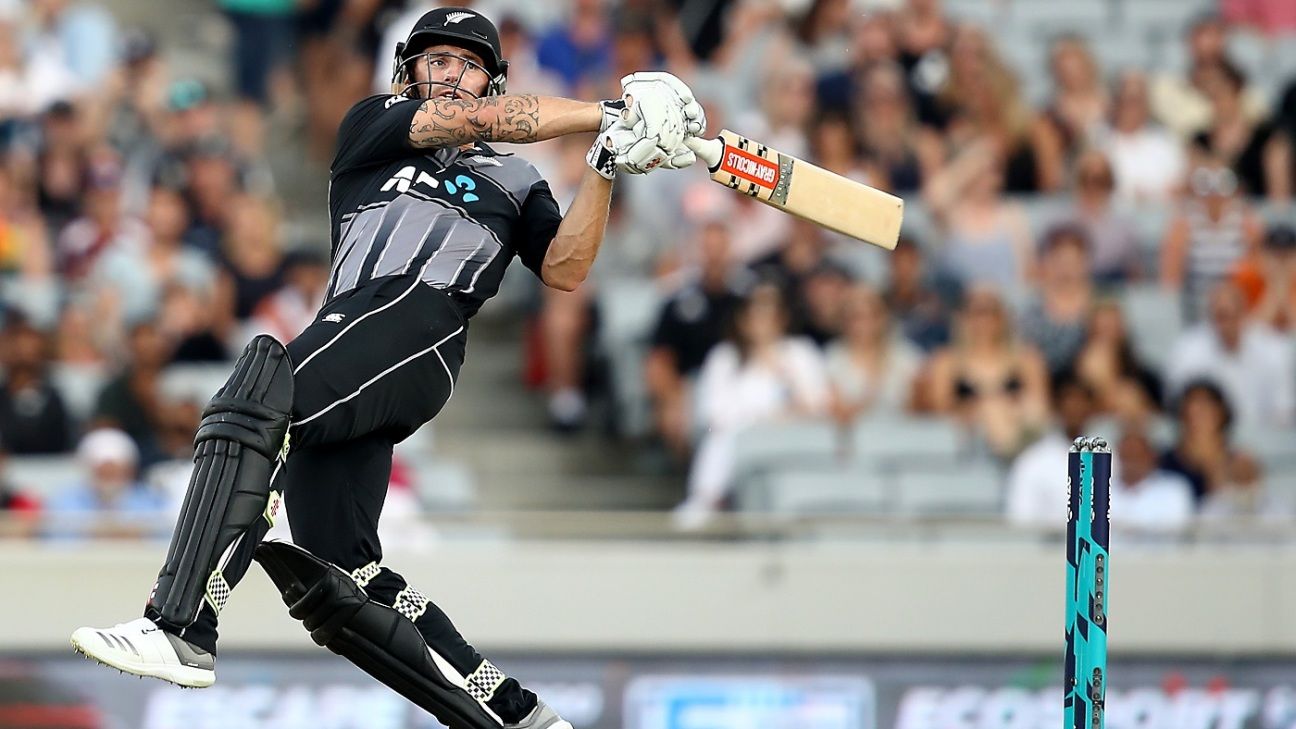 Not having played an international game in over a year, and having been kicking around the squad through the course of the ODIs without quite getting into the XI, Doug Bracewell was chuffed he finally had an opportunity to impress. That it was with the bat that he made an impact, was especially sweet.

Although something of a consistent scorer of lower-order runs in domestic cricket – he has two first-class hundreds and 17 fifties to his name – Bracewell had thus far been only a sporadic run-scorer during his intermittent stints with the national team. Before Friday, his best limited-overs score had been 30.

His outstanding 44 off 26 balls, though, has now announced that Bracewell has a hitherto unseen dimension to his game at the top level. Having arrived at the crease at 55 for 5, it is possible New Zealand would have been blown away in Auckland were it not for Bracewell’s hitting, which fetched him five sixes and the game’s top score.

He was involved in a 47-run stand with Ross Taylor, before debutant Scott Kuggeleijn joined him for a 41-run partnership.

“It’s really good for my confidence, to be honest,” Bracewell said after the game. “I haven’t shown my abilities at the international level, which has been frustrating, and at times I’ve put myself under pressure and tried a bit too hard. It hasn’t worked out. I went back to basics, and got an opportunity to bat a bit of time today. Batting with Ross, who is an experienced player, helped as well. It was nice to get a few shots away.”

Having been left out of the XI for the three ODIs, it seemed as if Bracewell would have to wait for the forthcoming India and Bangladesh tours for a match, after he was initially left out of the T20I squad. An injury to James Neesham, though, allowed him to enter the squad as a replacement. He has now made a strong case for being picked more regularly, having also taken 1 for 19 with the ball.

“I didn’t get a chance in the one-dayers, but that’s international cricket. I tried not to put myself under too much pressure, and went out and enjoyed it. I was pretty stoked to contribute with the bat and with the ball. I was pretty happy just to get back in the mix with the team. It is frustrating when you’re not being picked. But you’re there to do a job when needed.”

Captain Tim Southee lauded the fight Bracewell showed, in a match in which New Zealand had to fight back more than once.

“For Doug to come out and put up a performance like that with someone who is on debut in this format – Scott Kuggeleijn – it just shows you the character of the guys and the never-die attitude,” Southee said. “Doug’s got a bit of experience at this level, but it’s not easy to come out when you’ve sat out a few games and play the way he did – play his natural way.”