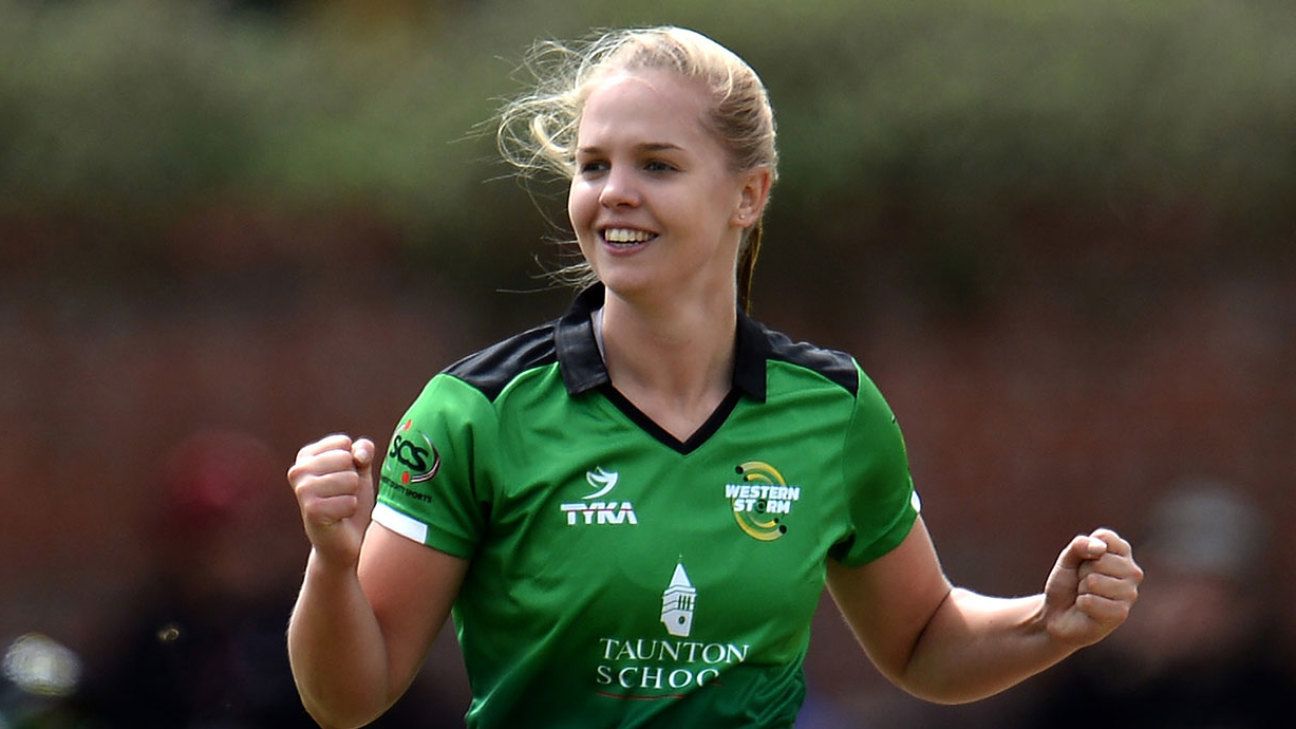 England Women have awarded fast bowler Freya Davies her first full central contract ahead of their upcoming tour of India.

Davies, 23, was part of the Western Storm side that won the 2017 Kia Super League and finished runners-up last season, having made her first senior appearance for Sussex aged just 14 in a T20 against Middlesex. She has been promoted to a full contract for 2019 from a rookie contract.

“I’m absolutely thrilled to receive my first full contract,” Davies said. “It’s always been my aim to represent England and this is an exciting step in the right direction. I’m looking forward to continuing the hard work, and the challenge now of getting myself picked.”

England Women face India in three ODIs in Mumbai starting on February 22 and three IT20s in Guwahati in March.

Davies is among 21 players centrally contracted to ECB for 2019, with four of those on rookie deals, including Surrey’s Bryony Smith, who received her first call-up to the senior team for last year’s tri-series against India and Australia. Smith is joined on the rookie list by Linsey Smith, Alice Davidson-Richards and Katie George.