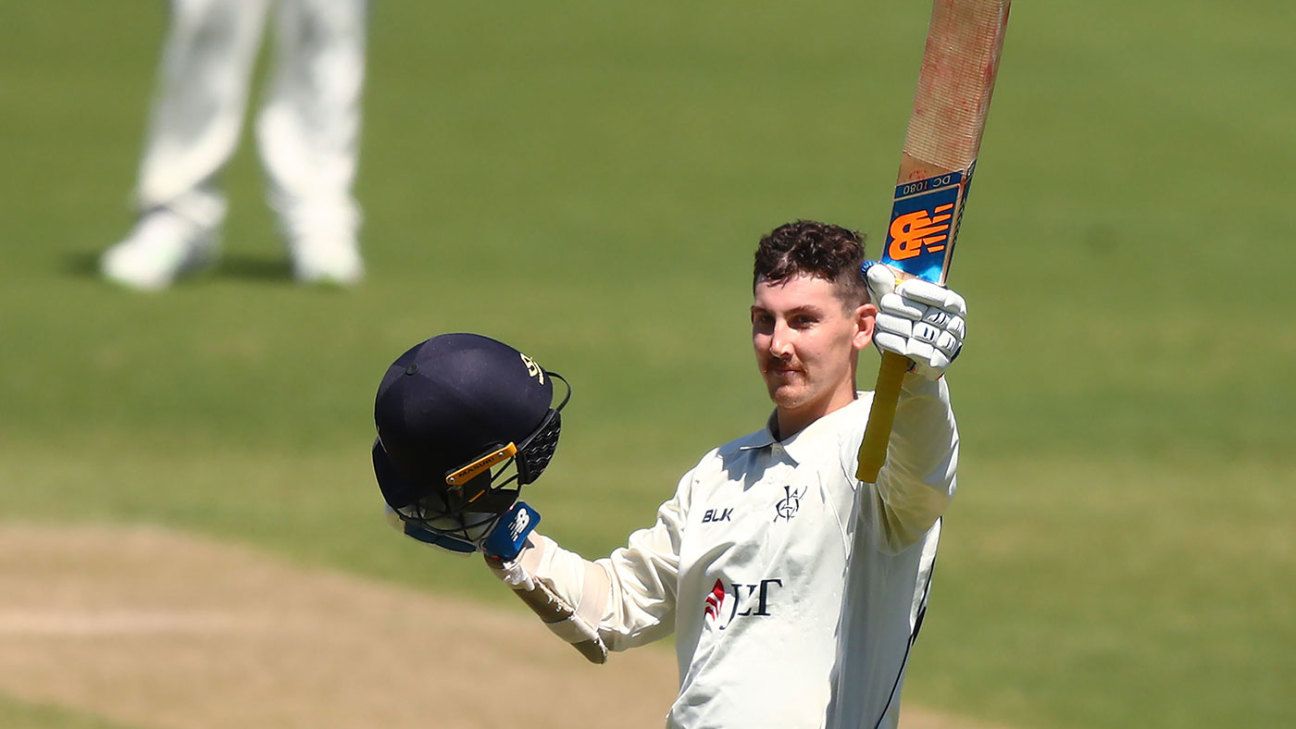 As far as his cricket goes, Nic Maddinson still isn’t quite sure what works for him. What he has clarified, over two-thirds of a season in Victoria, is what doesn’t: the “micromanaging” that he felt keenly in New South Wales.

Perhaps the difference has a lot to do with what the two states have expected of him. In Sydney with the Blues, Maddinson was considered a mighty talent who needed to just smoothen his rough edges to be as good as Steven Smith or David Warner. He captained the state at times, in recognition of that belief. But when the higher call-up came, for three Tests in 2016-17, he looked unprepared for it.

The road since then has been utterly confusing. Having played those Tests, he took a break from the game later that same season. He lost his New South Wales contract ten months ago, played T20 cricket for Australia eight months back, and then moved to Victoria with no guarantees other than a Big Bash League contract with Melbourne Stars.

Herein lies the difference: with Victoria, he started the season not as a prospect for Australia but instead as a fringe training squad member, making his own way. The first year of his Stars deal did not go to plan, but either side of a horror BBL, he has posted back-to-back Sheffield Shield centuries.

The last time Maddinson scored hundreds in consecutive first-class matches was for Australia A on a tour of the UK in 2013. But Maddinson is nonplussed when it comes to ambitions for higher honours again.

“Honestly, I don’t really care,” Maddinson said. “I’m not really thinking about it. I didn’t really expect to be playing Shield cricket at all this year.

“I’m just happy to get the opportunity and I don’t really care if I score no runs or I score heaps of runs the rest of the year at the moment. It’s probably the most I’ve enjoyed cricket, this environment, whether that’s something to do with it that probably is, but I’m having a really good time. Each game is just another for me to enjoy playing. Like I said whether I’m scoring runs or not, I’m having fun.”

Preceding Maddinson’s century against Queensland at Junction Oval this week, he made 162 in December against Western Australia at the MCG. His first for his new state in his first game.

But it was also his first first-class century since his surprise selection for a Test debut in the aftermath of the Hobart disaster against South Africa in November 2016.

Both Maddinson and New South Wales were shocked at his inclusion alongside Matt Renshaw and Peter Handscomb in a revamped Test side. But scores of 0, 1, 4 and 22 against South Africa and Pakistan ended the experiment as quickly as it started.

But the consequences of his premature elevation to Test cricket lingered for long. His red-ball form fell off the cliff over the next 18 months. In 25 innings for NSW, he made just 556 runs at an average of 22.24 and only reached 50 three times. He required some personal leave during that period and struggled to cement his place in the Blues side.

He had a decent 2017-18 BBL campaign for the Sixers, scoring 291 runs in ten innings with two half-centuries, striking at 145.50. Enough, bizarrely, to have him recalled to Australia’s T20I side for a tri-series in Zimbabwe in the winter of 2018, after he had lost his NSW contract.

The decision wasn’t a mutual one, but it has nonetheless been mutually beneficial.

A move to Melbourne, without a contract or any guarantees, and an opportunity to push himself in a fresh environment has done him a world of good.

“I love it,” Maddinson said. “It’s great. I think they worry about the important things and the little micromanaging doesn’t seem to occur here. So that’s something I think I’ve enjoyed.

“A lot of responsibility is put on the players to look after themselves and get themselves ready and I think, like I said this week, the preparation I had I felt pretty relaxed and mentally fresh coming in this week rather than being forced to train Monday and Tuesday and that perception that you need to hit more balls just because you haven’t played much red-ball cricket. I think it’s a pretty good example of the environment here and I think we’re playing pretty well this year and on top and I think that’s a key contributor.”

Maddinson revealed that he barely hit a ball in the lead-up to his second century against Queensland.

“I hardly even batted this week, which was great,” he said. “It’s funny how it works out. Some days you train and do as much as you can and get out first ball. And other times you come from a shocking Big Bash and have a week off and score runs. That’s just cricket.

“I felt a little bit scratchy but I guess that’s just four-day cricket. I think that’s one thing I’ve improved on this year, is just riding the ebbs and flows of batting in red-ball cricket. I felt like I had a pretty scratchy 70 and then a good 30 before I got out so that was some positive good signs.”

Maddinson is proud that he worked through the challenges. Jhye Richardson broke Maddinson’s arm with a vicious bouncer in the second innings at the MCG in December and he needed a 10cm steel rod inserted in order play in the BBL. He returned for the Stars but struggled in a format he is most known for. Teams peppered him with the short stuff, and he made just 115 runs in ten innings at a strike rate of 98.29, 19 being his highest score. Yet a return to Shield cricket has meant a return to runs.

“The game does slow down a little bit and I didn’t really feel as rushed,” Maddinson said.

“There was probably times in the Big Bash when I was coming back in after the injury trying to go at 100% from ball one. It’s just a different tempo of game. It’s probably just a bit easier to come back into and give myself some time to adjust and play a different way.”

He had some luck. He was pinged on the arm by Mark Steketee in his first over and dropped at slip on 44. He faced a disciplined spell from Luke Feldman but he feels he is maturing to handle those moments better than he has in the previously.

“I think in the past I probably would have got out during that spell,” Maddinson said. “I think I faced four or five overs from him without really scoring. So it’s just little moments like that, being aware and just adapting the way I play a little bit more.”

Maddinson is still only 27, with ten first-class centuries. More of them in Australia’s shallow pool of batting talent will create expectations once more. How he responds is anyone’s guess – including his own.