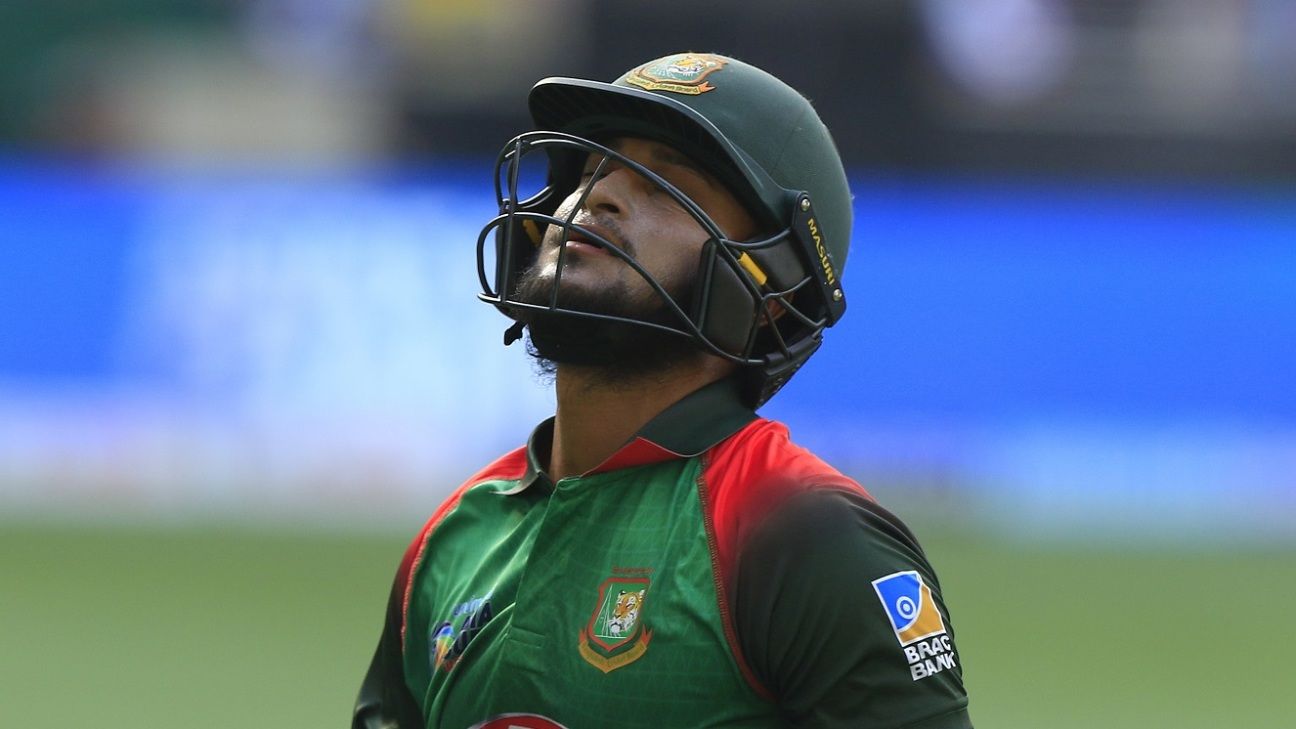 Shakib Al Hasan has been ruled out of Bangladesh’s upcoming ODI series in New Zealand, starting next week, after fracturing a finger during the Bangladesh Premier League final on Friday.

Shakib, the Dhaka Dynamites captain, was hit on his left ring finger by a short delivery from Thisara Perera in the 11th over, and was dismissed off the next ball. The Dynamites went on to lose the match to Comilla Victorians by 17 runs.

The Bangladesh Cricket Board’s chief physician, Dr Debashis Chowdhury, said, “An X-ray was done after the match and the results have confirmed a fracture on the left ring finger. The affected area will now have to be immobilised for around three weeks.” An assessment can be done only after that.

Shakib had suffered a finger injury in January last year, which affected him till November as an infection developed around the injured area. The three-ODI series begins in Napier on February 13, before moving to Christchurch (February 16) and Dunedin (February 20). The series will be followed by three Test matches, the first in Hamilton from February 28, and Shakib might end up missing those games too.