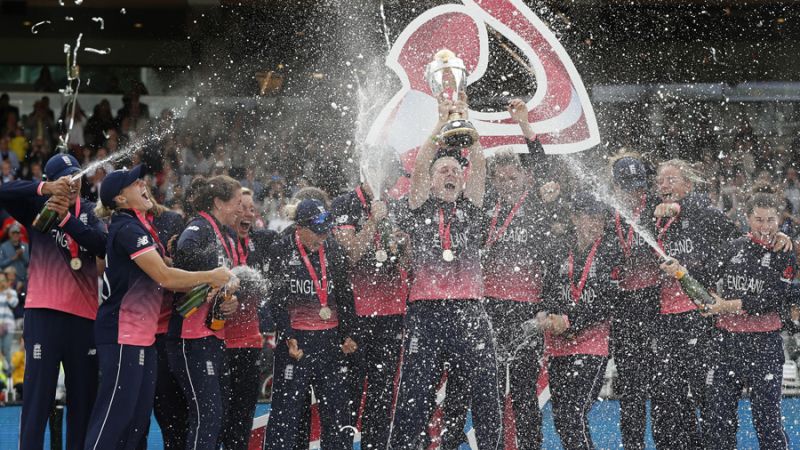 “Must do better” has become a mantra for Clare Connor, the ECB’s managing director of women’s cricket, when speaking about the game’s appeal to women and girls and the chicken-and-egg effect that has on England’s ability to produce a big enough pool of world-class players.

The ECB’s elaborate plan to overhaul the game for women and girls, unveiled in central London on Tuesday, aims to address the problem by allowing another 40 women to make a living as full-time professional cricketers, offering greater incentives for players to stay in the sport and increasing the depth of England’s talent stocks.

The Transforming Women’s & Girls’ Cricket strategy commits £20 million over two years, which is expected to grow to £50 million in the next five years, to improving player experiences from club to elite level.

The 40 new domestic contracts will be awarded in addition to the existing ECB central contracts currently handed to England’s top 21 players in an attempt to keep talented players in the game when they would otherwise have to drop out to earn a living elsewhere.

While the ECB won’t say how much the new contracts are worth, Connor said they were “in line with” Professional Cricketers’ Association recommendations and, when added to earnings from The Hundred, would be “not far off what one of the lowest-paid England centrally contracted [women’s] players are currently earning”.

The PCA’s recommended minimum salaries for players aged 18-24 in 2019 ranged between £18,433 and £26,114, although those figures are now being reviewed for 2020, when the minimum wage for full-time professionals kicks in at £27,500. The PCA said after Tuesday’s announcement that discussions with the ECB were “positive but ongoing” regarding player payments.

Connor said the plan was for the number of domestic contracts to increase over the next five years.

“The feedback from lots of county meetings and talking to a lot of people and from talking to our own staff from a performance perspective, was that it would be better to have a smaller number of full-time pros who aren’t trying to juggle further education or part-time jobs,” Connor said.

“It’s not an end point, it’s certainly the start point to try to get to somewhere near 100 by the end of the strategy, but to have a group of pros underneath the centrally contracted group who are full-time cricketers is more powerful than having, for example, another 80 or so who are very part-time earning a very part-time wage.

“It will give us a pool of players who should really be pushing much harder for England places than a larger number of semi-professional players would.”

Back in July, as England stared down an eventual 12-4 Ashes series drubbing, Connor said Australia’s superior domestic structure and investment model had been a telling factor. By increasing the number of women who can make a living from cricket, the ECB hopes to emulate Australia’s success. England won the 50-over Women’s World Cup in 2017 but were beaten by Australia in the World T20 final last year.

In another move aimed at bridging the gap between domestic and international level, the entire domestic structure will be revamped from next season with the existing 34 first-class and national counties grouped into eight regional teams which will play a 50-over competition from 2020 and both 50 and T20 competitions from 2021.

The biggest region is London and the East, comprising first-class counties Middlesex, Northamptonshire and Essex plus six national counties. The other regions are likely to be North West, North East, West Midlands, East Midlands, South West and Wales, South Central and London and South East.

Each region will have an administrative centre, to be determined by early December, with a dedicated regional director of women’s cricket. Loughborough is likely to play an important role, given its high performance facilities, and Connor said alliances would likely be formed between the regions and their respective teams in The Hundred with “some alignment of players and staff”.

“No women in this country were even paid to play cricket until five years ago and whilst there’s no one more impatient than me in that area I think we have to be realistic about where we are and we have to acknowledge that what we’ve done across the Women’s Hundred is we’ve benchmarked it across a lot of women’s sports competitions – FA Women’s Super League, Women’s Big Bash, the direction of travel for the women’s IPL – and it’s a really good start point,” Connor said. “There is huge commitment to close that gap as quickly as we can.”

Other initiatives announced as part of the plan include the introduction of an Under-19 women’s program next year to prepare for an ICC Under-19 Women’s T20 World Cup in 2021, expanding cricket programs to more primary and secondary schools, increased funding for girls’ county age group cricket and a pot of funds for clubs to improve girls’ recreational cricket.

There remain holes and unanswered questions, including the lack of an elite domestic T20 competition next season and the fact that players not on central or domestic contracts will still be forced to make tough decisions on their future career path. But 40 more professional players is far better than the status quo and the ECB plans to hold information sessions for players on how the new structure affects them once the regional hubs are finalised in December.

England captain Heather Knight said there was no better time to be a woman playing cricket.

“I remember I was a 14-year-old girl and I was training with the Devon boys team,” Knight said. “The coach asked for a show of hands, ‘who wants to be a professional cricketer?’ A few of the boys put their hands up and I thought, ‘I’m going to put my hand up as well’ even though it wasn’t an opportunity at that moment for girls to be a professional.

“I thought maybe it might change in the future and yeah, I’d love to do that as a job. So I stuck my hand up and a few of the boys sniggered a little bit, so it’s great now that it can be professional and not just at an international level.”