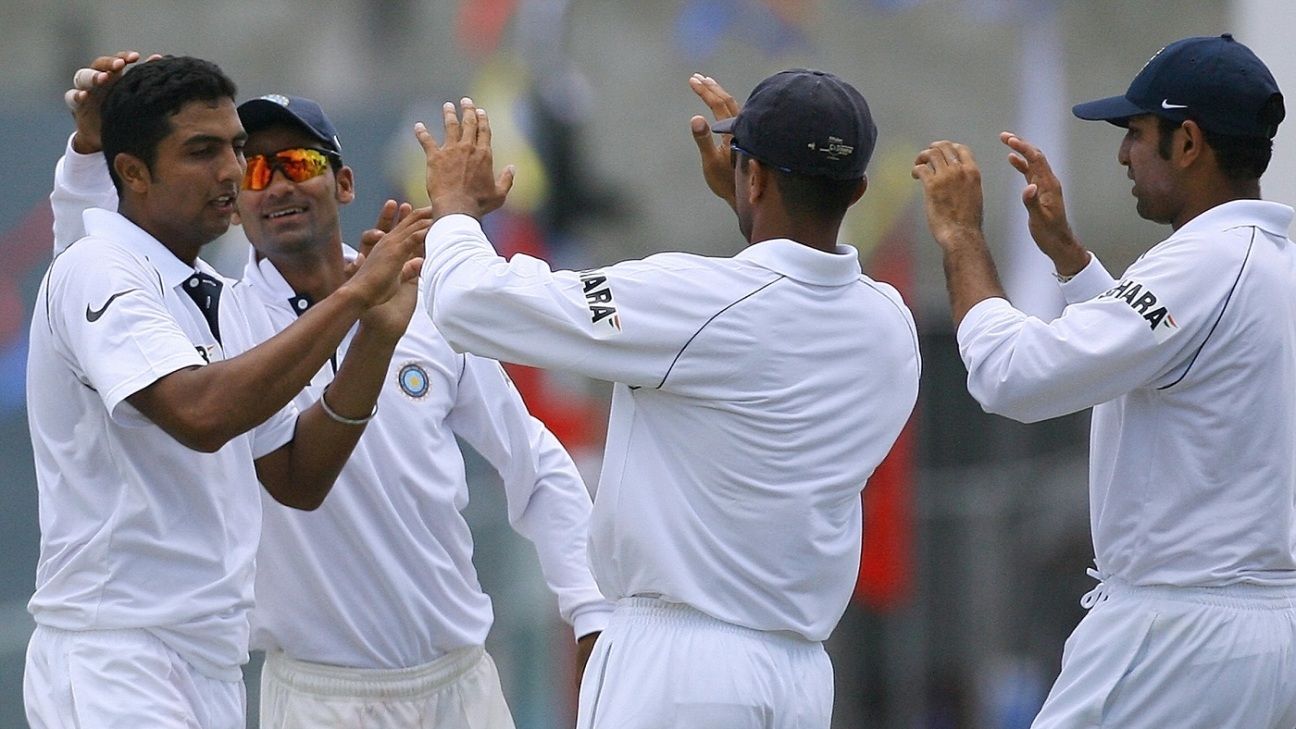 VRV Singh, the India fast bowler who played five Tests in 2006-07, has announced his retirement after a career blighted by injury and characterised by unfulfilled promise.

VRV, 34, also played two ODIs alongwith the five Tests between 2006 and 2007 as part of a new-look Indian pace attack, but mediocre returns – eight wickets in Tests and none in ODIs – meant he didn’t get a look-in again, with injuries not helping his cause.

“I played in South Africa, in India’s first Test win (in Jo’burg). That innings (29) was a good one, it helped the team, and I was happy to contribute. I was in the squad when we won a Test match in Perth (in 2008), and I also played the Test series in the West Indies when we won in 2006. Those are precious moments. I am happy to have been part of those moments.”

His last representative game was in 2014 for Punjab in the Ranji Trophy, when he returned 2 for 65 and 5 for 43 against Jammu and Kashmir to take his first-class tally up to 121 wickets from 29 games, but was laid low by injury the following season again.

“I kept trying to make a comeback, but if it wasn’t my ankle, it was my back. You cannot fool around with your body. I had surgeries, rehab … after 2014, I didn’t play at all for a few years, but I trained and tried to play in 2018. But I couldn’t make it, so I started thinking about the future,” VRV, who also played with Kings XI Punjab in the IPL, told ESPNcricinfo.

“It’s not an overnight decision, but once I couldn’t get fit for the 2018-19 season, I thought it made sense to leave. Yuvi (Yuvraj Singh) encouraged me a lot, the PCA (Punjab Cricket Association) also backed me, and I gave it my best. But, unfortunately, it didn’t happen. So I thought it best to retire and think about what to do next.”

A product of India’s robust Under-19 system, VRV made his Punjab debut in 2005 when still 21 years old as a tall, well-built paceman. Genuinely fast but often wayward, VRV made his international debut in an ODI series at home against England in 2006, but didn’t have much to show for his efforts.

The Test debut followed soon, in the West Indies, but it was as unremarkable as his entry in ODIs. His best performance in India colours, interestingly, came with the bat, when he scored 29 from No. 11 in India’s historic Test win in Johannesburg in December 2006.

“I am lucky, and very happy, that I played for India. Not many players get that opportunity. But, of course, there are a lot of regrets. I did well in the Under-19s. I played for India when I was still young. I had a good start, but yes, when I look back, it was an incomplete career, I lost my golden years to injury,” he said.

“What I had foreseen for myself didn’t happen. I tried, but I guess it wasn’t written in my destiny.”

As for the future, VRV isn’t sure of where he is headed, but wants to “stay in touch with the game”. As a coach, perhaps? “Maybe, but I don’t know. I will speak to PCA and see. I have just announced my retirement, I haven’t had time to think about the future yet,” he said.