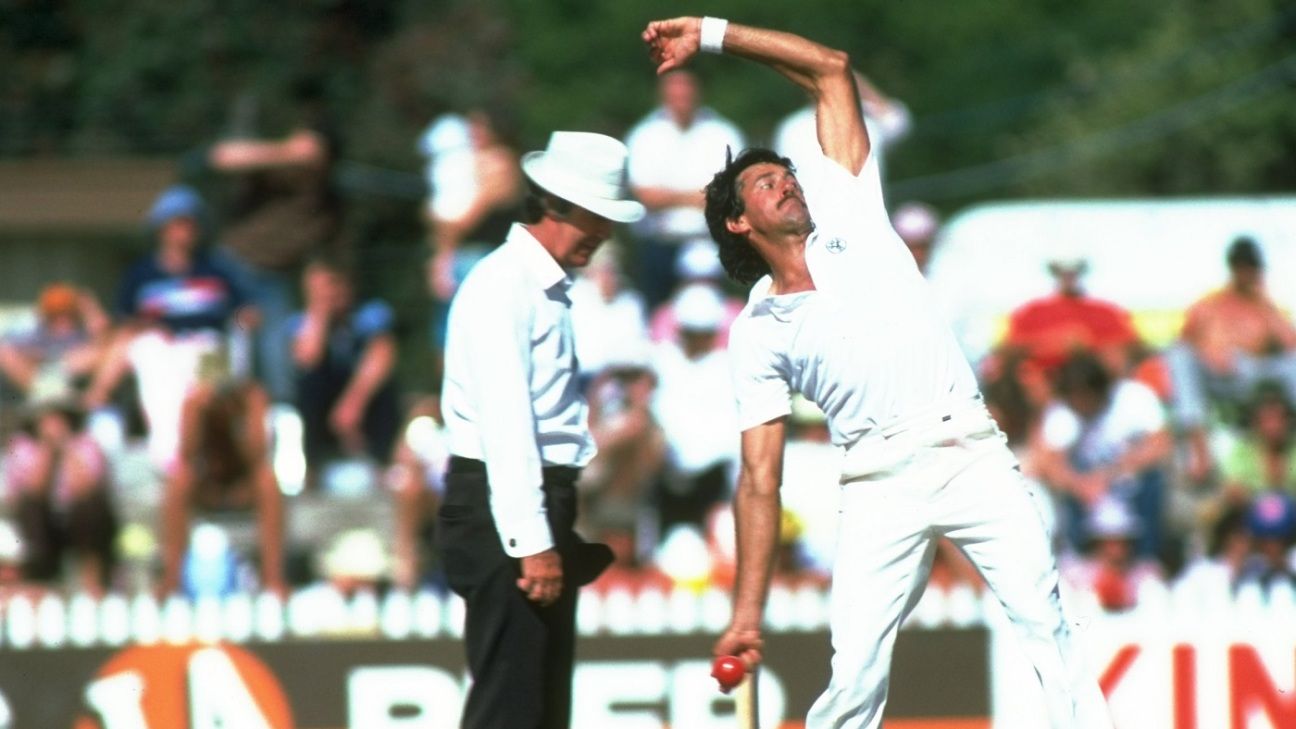 Bruce Yardley, the former Australian spin bowler, coach and commentator, has died in far north Western Australia after a prolonged fight with cancer at the age of 71.

Starting his cricketing life as one of many swing and seam bowlers in WA, Yardley found his niche after converting to off-breaks spun idiosyncratically from his right middle and ring fingers, first earning Test selection in the summer of 1977-78 during the World Series Cricket split that spirited away a host of Australian players to Kerry Packer’s breakaway competition.

Not immediately successful for Australia, Yardley gradually improved as a bowler generating turn and bounce from a long, angled run-up and high action, while also smiting the intimidating West Indian attack for a memorable, 29-ball half century in a Test at Barbados in 1978 – a tour on which he was also called, once, for throwing in the tour match against Jamaica.

The following season he turned out for Graeme Yallop’s “lambs to the slaughter” against England, and notably took the old ball for the start of the second innings of the final Test of the series at the SCG, as Yallop stretched the game’s laws by opting not to take a new ball, much to the indignation of his opposite number, Mike Brearley.

Yardley returned to state ranks when Packer and the Australian Cricket Board reached a compromise ahead of the 1979-80 season, having toured India ahead of the home summer.

A season later, however, Yardley returned as the nation’s No. 1 spinner, and enjoyed three summers in the national spotlight from 1980 to 1983.

The most striking of these was 1981-82, when he plucked no fewer than 38 wickets in six home Tests against Pakistan and the West Indies, winning a cult following for the quality of his bowling and the infectiousness nature of his celebrations, his fielding at gully and his pesky lower order batting. These feats earned him the crown of International Cricketer of the Year, and he also winkled out 13 New Zealand wickets in three Tests across the Tasman.

Yardley was to fall out of favour with the national selectors in 1983 despite taking seven wickets against Sri Lanka in his final Test, and retired from the game in 1985, though he returned to represent Western Australia in 1989-90.

Following the end of his playing days, Yardley coached both close to home for Midland Guildford in Perth club cricket, and further afield as the national team coach of Sri Lanka from 1996 to 1998, where he was a noted advocate for Muttiah Muralitharan and a defender of his bowling action in contrast to many of his countrymen.

He also coached and commentated internationally, before battling cancer back home in Western Australia, where he died at Kununurra District Hospital.