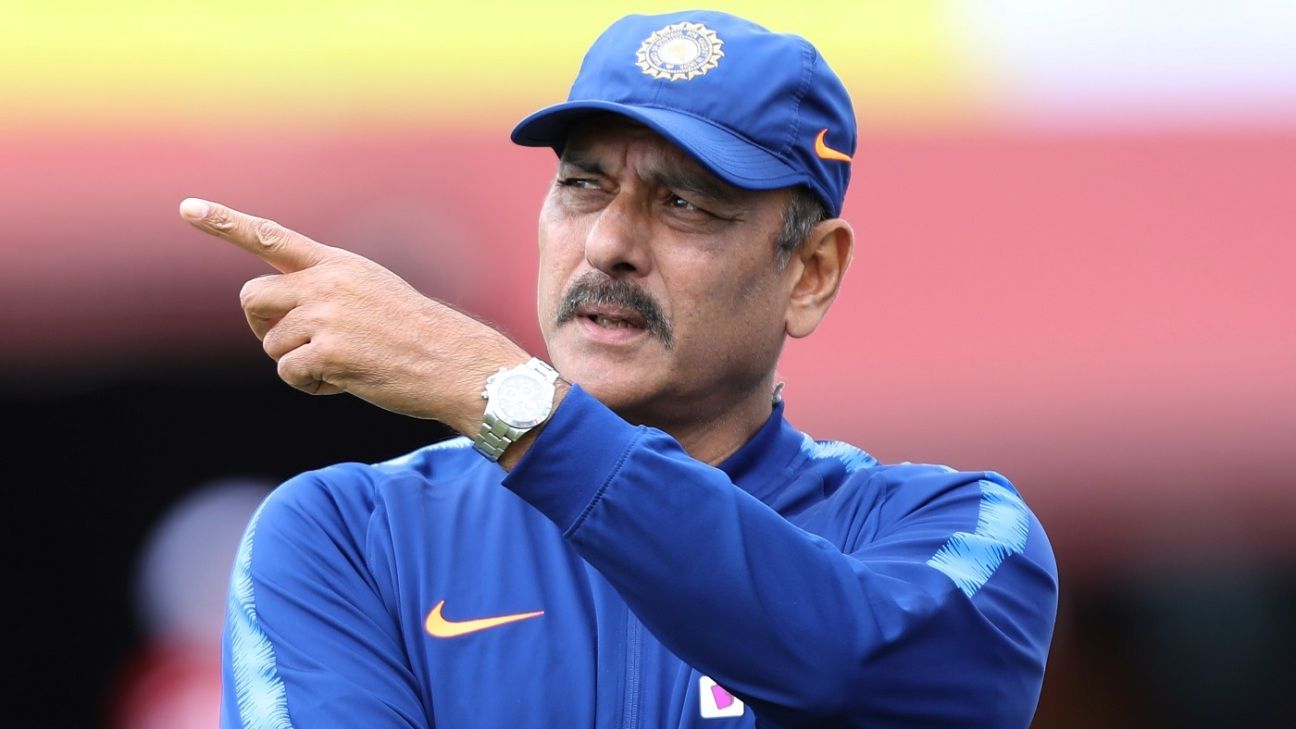 The cricket world has come to a standstill with all international and domestic fixtures being called off due to the outbreak of COVID-19 (novel coronavirus) across the globe, but according to India coach Ravi Shastri this break is a “welcome rest” as far as India players are concerned.

Talking to Michael Atherton, Nasser Hussain and Rob Key on a Sky Sports podcast, Shastri said it was a good time for the players to re-energise themselves, especially after a long New Zealand tour where India played five T20Is, three ODIs and two Tests.

“[This rest] cannot be a bad thing because towards the end of the New Zealand tour, you could see some cracks coming up when it came to mental fatigue, physical fitness and injuries,” Shastri said. “The amount of cricket we have played over the last ten months, that was beginning to take its toll. Guys like me, and some other guys from the support staff, we left India on May 23 for the World Cup in England. Since then we have been at home for 10 or 11 days.

“There are certain players who played all three formats, so you can imagine the toll it has taken on them, especially being on the field, adjusting from T20s to Test match cricket and all the travel that goes with that because we travelled quite a lot. After England, we went to the West Indies, then played South Africa here [in India]. We had a season of two and a half months here and then again went off to New Zealand. So it has been tough but a welcome rest for players.”

India is currently in a 21-day lockdown which started on March 24. As per Shastri, the team anticipated such measures would be taken to enforce social-distancing when South Africa’s tour of India was called off just before the second ODI in Lucknow.

“It came as a shock but to be honest, having been on the road during the South Africa series, we guys anticipated it,” he said. “We knew something was on the cards as the disease had just started spreading. When the second ODI was called off, we knew something was gonna happen and a lockdown was imminent.

“I think the players knew it was coming, they sensed it in New Zealand. There were apprehensions towards the end of that tour, when flights were coming through Singapore, out of Singapore. By the time we landed [in India], I thought we got out at just the right time. There were only two cases in New Zealand at that time, that has rocketed now to 300. The day we landed, that was the first day they were screening and testing people at the airport. So [we came back] just in the nick of the time.”

Shastri agreed that in such a situation, players could play a great role by spreading awareness about this pandemic. “As players, you have a lot of responsibility,” he said. “That’s why the message is very clear that cricket should be last on everyone’s mind now,” he said. “I think the most important thing is safety and not ensuring just your safety but ensuring safety others as well, by creating a kind of awareness that tells people there is something serious around.

“Virat has done it, a lot of other players have done it by posting certain messages on social media. So it’s imperative but all the players were very, very calm. They knew that it’s something very serious and there could be a hold up in cricket for some time.”